Leadville 100 kicks off at 0400 on Saturday morning and although the field may not be ‘stacked’, what it does have is the return of Ryan Sandes, the 2011 winner and the return of ultra running legend, Scott Jurek.

If you had doubts about how exciting this race may be, take a read of what Scott Jurek said in my re race interview, “You bet! I am here to do whatever it takes to run my best time and ideally win this race. I have put in the training. I am mentally prepared. My goal is to win…”

So, there you have it. If nobody else turned up to race, a Sandes/ Jurek smack down would be an interesting prospect by any body’s standards.

The Leadville 100 course is a 50-mile out and back all undertaken at high altitude with Hope Pass being the highest point on the course. When a race is almost 2-miles above sea level, the one thing you need to be sure of is the ability to run and race at altitude. Pacers are allowed and importantly they are allowed to ‘mule’ for the runner, a homage to the old mining days.

So, how will this race unfold? 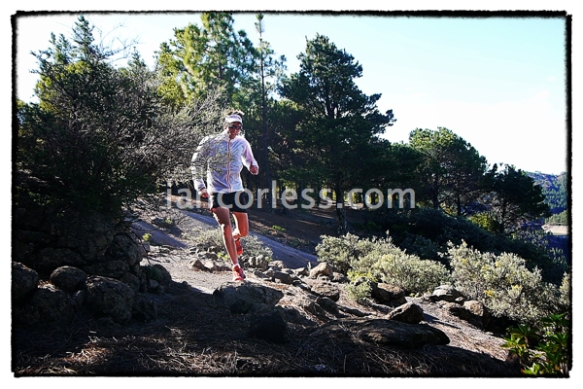 Ryan Sandes is without doubt the number one favorite. After placing second at Western States last year, he was without doubt very excited at returning in 2013 and attempting to go one place higher. However, a sprained ankle in the build up ruled him out and he had no option to rest and recover. He refocused and placed his emphasis on Leadville. Ryan, like his teammate, Julien Chorier, does not do race after race. He focuses, prepares and turns up with the ‘A’ game switched on. Ryan is here to win Leadville and without doubt he is the hot tip for the race.

Scott Jurek has been away from competitive running for a few years. Many of us thought that his writing, love and promotion of vegetarian food and his work with Chris McDougall would keep him away from running competitively and therefore a new chapter in his life had started. Apparently not! For sure, he is in the latter years of his racing career and for many of us we had no real idea what his intentions would be. However in my pre race interview with him he made it apparently clear, he is here to race and win! Awesome. We are all excited to have Scott back on a 100-mile start line and it sounds as though Ryan and all the other contenders have a ‘race on’ with a legend of the sport. I can’t wait! To clarify, Scott can in this race, no doubt! Interview with Scott Jurek here 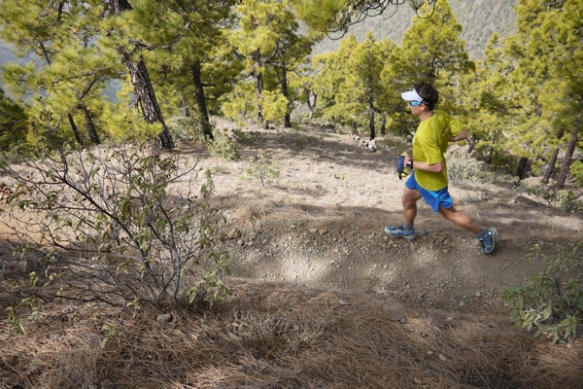 We have a race within a race at Leadville as Nick Clark and Ian Sharman line up for the third 100-miler in the four race ‘Grand Slam’. Now of course, if Nick or Ian were fresh, you would include them as potential winners of this race, particularly Nick who is used to the high altitude. Both of these guys are without doubt podium potential, of course, they are going to be little jaded and therefore this removes them from the top slot. However, you never know… it only needs other contenders to have a mediocre or bad day and Nick or Ian to have a great day.

Mike Aish ran Leadville in 2012 and was without doubt a dark horse. He was very clear pre race that he would run up front and see what happened. He warned it could go either way, victory or blow up. As it happened, he blew up! One year on he is wiser and older. He has changed his training and done more miles.

Michael Arnstein has ‘Sharmanesque’ speed on the flatter and faster courses. Leadville is a race suits him, he has experience with Leadville, eighth in 2012 and his best performance came in 2011 with fourth.  He will need to be in great shape and in fine form to make the podium.

Mike Le Roux ran the Grand Slam last year and that puts him in a good place for this year. With just one race to concentrate on, he will be able to focus and race fresh. He placed third at Vermont 100 last year and as mentioned, this was part of the ‘slam’, so he is what it takes to most definitely get in the top ten and if all goes well, claw at the podium.

Nick Pedatella is also racing the Grand Slam but is some way behind Nick and Ian. His 23rd at Vermont and 28th at Western States are solid performances, but with two 100’s in the legs, the third can only be a little more jaded. Having said that, he will probably place in the top twenty.

Other names to watch:

Timo Meyer was sixth at Tarawera earlier in 2013, Craig Howie placed top ten at Leadville in 2012 and Andrew Catalano placed sixth in 2012.

Leadville is the biggest ultra in the US and therefore with no qualification criteria, the 1200 start list can throw up a few surprises.

The ladies race is wide open. In many respects, like the men’s race we have a few clear favorites but then the front-end competition drops off quite quickly. Tina Lewis, the 2012 champion is undecided if she will run. She has had a foot injury and only yesterday she posted on social media, “Alright, I have about 30 minutes to make the call – Pikes Peak Marathon or Leadville 100!!! Leaning towards being a dreamer, hopeful and taking chances!!” I don’t need to tell you, Leadville and Pikes Peak are a world apart and this is not a great sign for Tina’s mental approach, so, if she decides to run her performance is unpredictable. However, she is the defending champ and therefore the nod goes in Tina’s direction.

*update on Tina – “I am healthy and rested just not perfectly trained for the distance. Don’t we do this because we love it and Leadville is in my heart. I can just go out and try my best, right? I will aim to be smart and stop if my foot hurts.”

Denise Bourassa placed eighth at the 2013 Western States and therefore she is my hot tip for the win. She has had consistently good performances and the only question mark may come if WSER has left Denise a little jaded.

Ashley Arnold placed third at Leadville in 2010 and so therefore she is a tip for the top of the podium. She has all the experience required to run well.

Who else? Well, to be honest, it is wide open. One or two names shine out as contenders for the top ten but as stated, in a field of 1200 I think we will see many ladies names that we have not seen before.