Kilian Jornet (Salomon) breaks a 9-year old Rob Jebb (inov-8) record in less than ideal conditions and in the process takes a 7th victory at the incredible race, that is affectionately known as, Zegama! 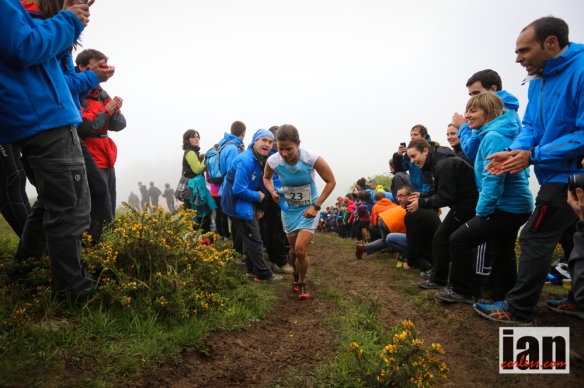 For the ladies, Stevie Kremer (Salomon) once again proves that she is currently one of the best female mountain runners in the world, particularly at the Sky distance by taking another high quality podium place against strong competition.

It’s Zegama, nothing more needs to be said… it has a status as one of the most iconic races in the world and when you have a race like the 2014 edition, it is very easy to see why!

For 10-years, Zegama-Aizkorri has featured in the Skyrunner® World Series, it is a race of legends, myth, mud and mayhem. The 2014 edition lived up to its billing, you wouldn’t expect anything else! A night of rain persisted into the morning leaving the ground suitably challenging for the 500+ field.

The men’s race had all the makings of a classic, Luis Alberto Hernando would go head-to-head against Kilian Jornet and repeat the Transvulcania duel of only 2-weeks ago. Mountain running legend, Marco De Gasperi was back and in addition, a plethora of new talent was just looking for an opportunity to take over should one of the three favourites fall. 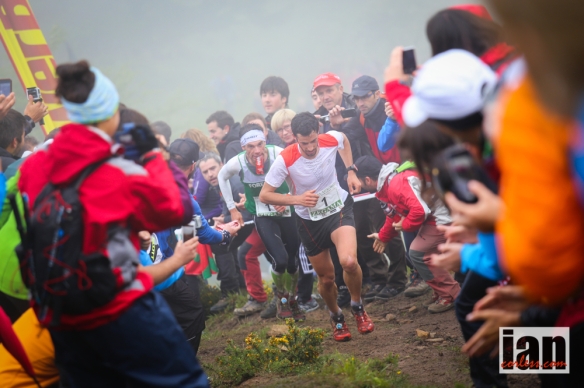 The race started, as one would have expected with Kilian Jornet and his dueling partner, Marco De Gasperi taking the reigns at the front. Local talent, Aritz Egea and up and coming talent Zaid Ait Malek followed setting a relentless pace on Spiritu Sancti at 20km. Luis Alberto Hernando repeated his tactic of 2013 in pacing himself in the early stages and although in the top-10, one did question if the pace up at the front was just that little too much?

In the ladies race, comeback girl (after a baby), Kasie Enman was pushing at the front at Spiritu Sancti and was setting a pace that Stevie Kremer, Emelie Forsberg and Maite Maiora could only follow. Nuria Picas did start the day but decided to stop after realizing that her eagerness to race was somewhat optimistic as the fatigue from her win and CR at TNF100 took its toll. ‘I had nothing in my legs today and I made the decision early to stop and recover. I have my next race at the end of June so this was definitely the correct decision.’

Climbing onwards and upwards, Kilian eventually opened up a gap on Marco and used all his skills at descending to open up a lead after the Aizkorri summit that couldn’t be reeled in, even by Marco. As Arits Egea and Zaid Ait Malek slowed after the relentless early pace, a storming Luis Alberto Hernando put his foot on the gas and started to make up places eventually working his way into third. Kilian entered the town of Zegama to rapturous applause and cheers from the 1,000’s of spectators who had turned out to welcome warriors home. Kilian’s time, 3:48:38 broke the 9-year old record of 3:54:18 set by Rob Jebb. 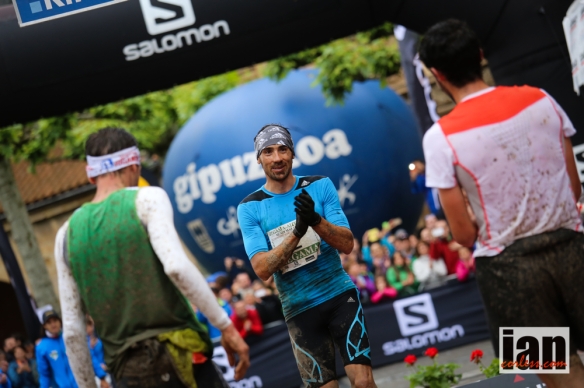 That is some breaking of a record, particularly on a day when conditions were less than ideal underfoot. It’s a testament to Kilian’s form but also a testament to the runners who placed 2nd and 3rd who pushed him all the way to the line. Marco De Gasperi placed 2nd exactly 2-minutes behind and Luis Alberto Hernando 3rd just 19-seconds back… It was an incredible run by Luis to close the gap and his podium place makes an excellent ‘double’ after his win at Transvulcania, just 2-weeks ago. 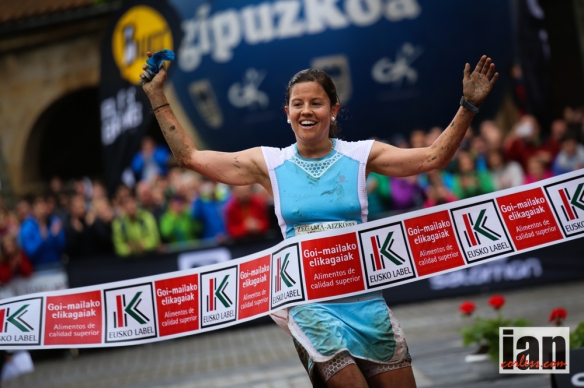 Kasie Enman subdued to the pressure from the ladies behind but it wasn’t without a fight! Stevie Kremer took over the reigns at the front and although Stevie says she can’t descend, she proved that she can! Pulling away from Elisa Desco, Stevie crossed the line almost 6-minutes ahead. Elisa Desco followed on her Transvulcania VK form and 2013 Sierre-Zinal win with a quality 2nd place and the satisfaction showed as she crossed the line. 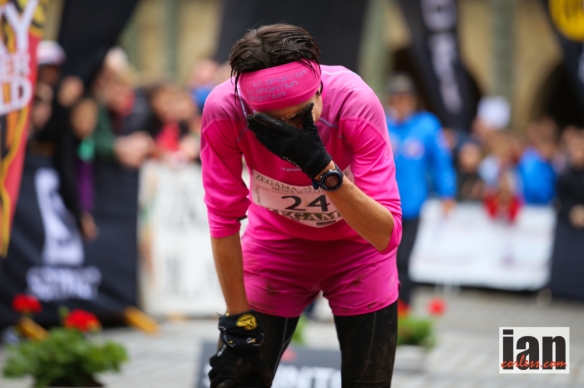 Maite Maiora looked to be struggling at the halfway mark but found something within to beat Emelie Forsberg to the line for 3rd place and the final podium slot. The effort showed; tears would not stop flowing on the line as the emotion and effort expressed itself in one of the most dramatic ways possible. Emelie Forsberg smiled her way to the finish just behind Maite, holding her sore hand high in the air; the effort no doubt tested the Salomon athlete.

Zegama is without doubt one of the most iconic and atmospheric races in the world, the crowds, the support and the noise make it feel like a stage of the Tour de France. The funnel of people on Spiritu Sancti, the passions shown, the ringing of horns and the shaking of cowbells confirm one thing… that Zegama IS ZEGAMA!