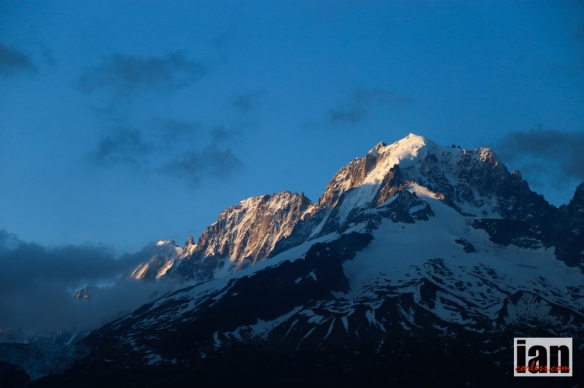 The 2014 edition of the Skyrunning Chamonix 80k proved to be a stunning and exciting race with Emelie Forsberg and Luis Alberto Hernando being crowned respective champions and in the process they also were crowned Skyrunning Ultra World Champions.

The 2015 edition of the race may not be a world championship but racing is expected to be just as fast and ferocious. Runners are travelling from all over the world to take part and as you may have expected we have a who’s who of Skyrunning toeing the line.

New for 2015 too is a tougher course! Yes, if the race wasn’t already tough enough. Changes have been made to avoid towns in favour of more secluded trails. It’s a stunning course with 6000m of vertical gain and it takes in Bel Achat, Brevent, Col de Montets, Buet, Col de la Terrasse, Tre les Eaux, Aiguillette des Posettes, Montenvers, Mer de Glace, Plan d’Aiguille and of course the wonderful finish in Chamonix. 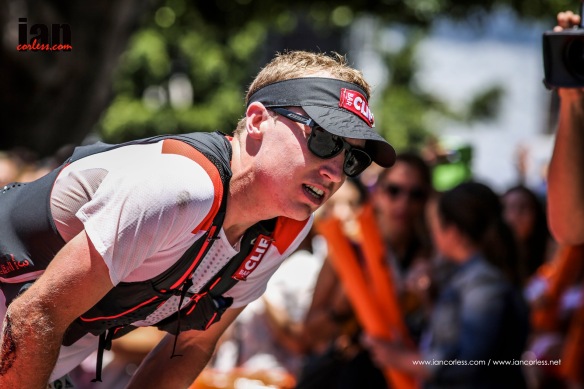 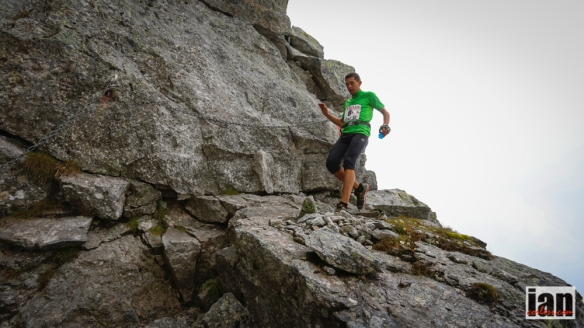 Manuel Merillas is a rising star in the Skyrunning world after an incredible 2014. All looked to be going well at Transvulcania in May when he was racing with the front 5, however, it all became too much and he eventually finished outside the top 10. Manuel bounced back remarkably well placing on the podium just one week later at Zegama-Aizkorri. He is podium material for sure; he just needs to get his pacing right for the longer distance. 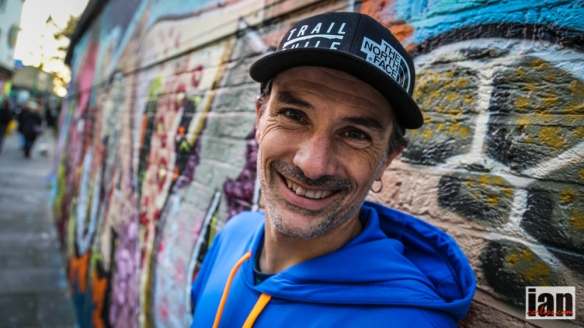 Hardrock 100 champion (2013) and UTMF winner Sebastien Chaigneau needs no introduction to a French or Chamonix audience. His face is synonymous with the area after repeated runs at UTMB. He placed 2nd in 2009 and 3rd in 2011. He knows the trails in and around Chamonix so well. However, 2014 was a tough year for Seb, we can only hope that he is 100% fit for the 80km. If he is, he is without doubt one to watch. 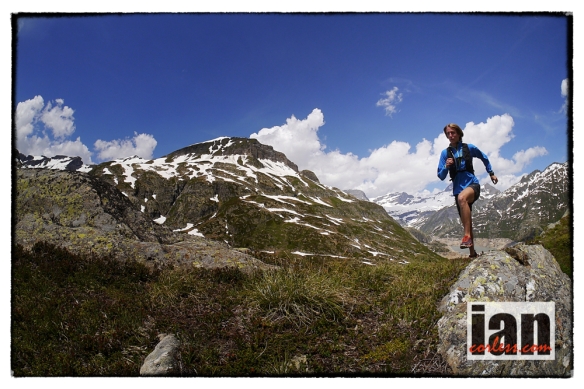 Alex Nichols is an ever present on the Skyrunning circuit and his confidence will be high after a top 10 placing at the IAU world trail championships in Annecy. 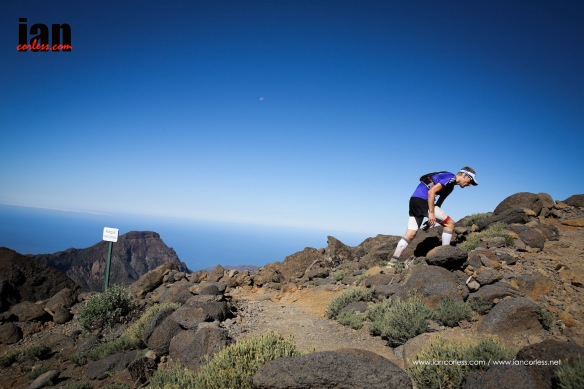 Aurelien Dunand-Pallaz had a good run in Chamonix in 2014 and recently placed 10th at Transvulcania. I see him looking for a top 10 once again in the 80k and if his day goes well top 5 may be a possibility but I don’t see him contending the podium. 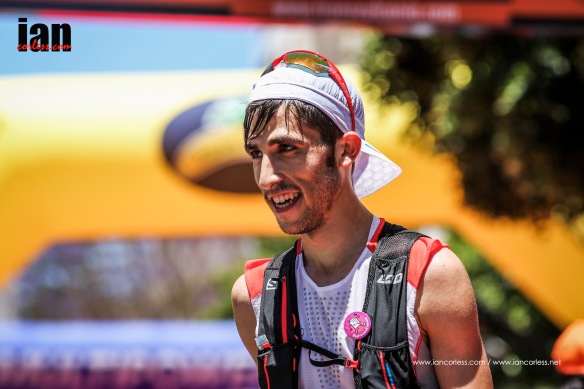 Pablo Villa may well dish up a surprise? Since a breakthrough performance at Transvulcania in 2014, he moved to Salomon and that almost certainly has boded well. One to watch! 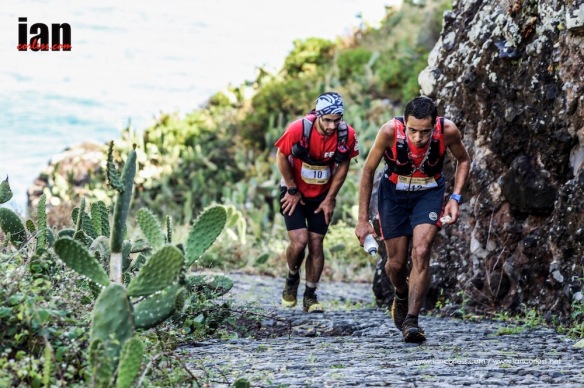 My last tip is Cristofer Clemente who placed on the podium just last week at Ultra SkyMarathon Madeira and on the podium at Sai Kung MSIG 50k. He is on the up at the moment and his performance in Chamonix will all depend on his powers of recovery.

Catlow Shipeck, Pascal Giguet, David Pasquio, Franco Colle,  and Francois Favre are all names that will add fire to the front of the race. 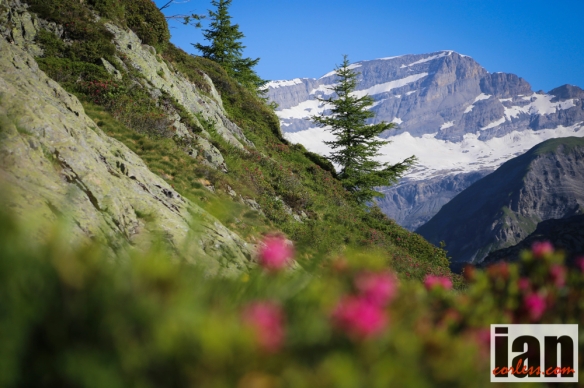 The ladies race all looks about 3 people with Dong Li, Mira Rai and Hillary Allen as the main contenders for the podium. The proximity of the IAU world championships in Annecy and Skyrunning’s Ice Trail Tarentaise (in 2 weeks) have impacted on who was available to take on this tough Chamonix course.

Mira Rai has had a sting of high profile victories recently and is without doubt a hot favourite. Mira burst onto the scene in 2014 with victory at the Mustang Trail Race. Recent results are 3rd at Buffalo Stampede, 1st at MSIG HK50 and MSIG Lantau 50.

Dong Li has all the potential to upset Mira’s plans for the top of the podium and in all honesty, a longer race may well fall into her hands. Dong Li won TNF 100 in Australia and placed 3rd at Transgrancanaria.

Hillary Allen is not a lady who I have met on the run circuit, however, I am aware of her 5th place at The Rut (50k) in 2014 and she also placed 4th at Speedgoat 50k. Past records show that 50k or 50 miles are Hillary’s preferred distance so this 80km may well stretch her. This is no ordinary 80k course. 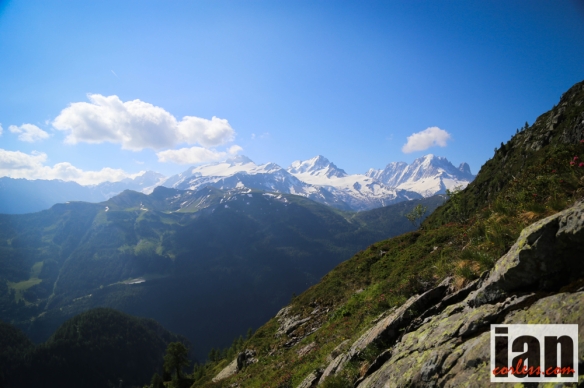