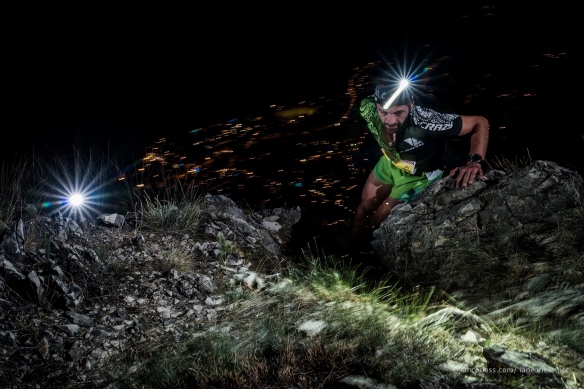 The torrential rain and thunderstorms from 2016 became a distant memory as finally, after two-years on an ‘alternative’ course, the Limone VK finally took place on the original route.

A day of blue skies and October warmth welcomed the runners as they assembled on the banks of Lake Garda ahead of the 6pm start.

As darkness arrived, they were released onto the mountain, the elite wave starting at 7pm.

Climbing 1100m, the course is a relentless 3km long with the glowing lights of Limone village and Lake Garda in the backeround – the darkness broken by the  head torches of runners as they cover the distance as quickly as possible.

Starting at 60m altitude from Lugolago Marconi, the VK takes a straight line up the impressive mountains that back onto Limone culminating at the finish in Nembra via Dooso Dei Roveri. Rocky waterfalls, via ferratta, wooded forest and technical trail – the Limone VK has it all. 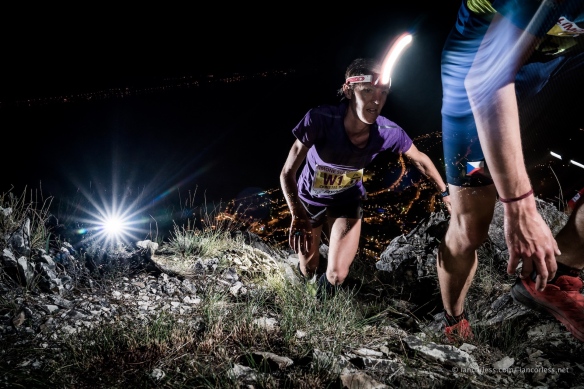 Philip Gotsh and Christel Dewalle won the race ahead of a strong field.

Race director, Fabio Meraldi, a Skyrunning legend, was finally happy to have the original route run after two years of bad weather.

Tomorrow it is the main event of the weekend and the final race in the Migu Run Skyrunner® World Series – Limone Extreme. You can read a preview HERE. Action starts at 11am local time.