Sleeping on the floor of a run store has never felt so good. The shower before sleeping on the run floor would normally have been even better… But when you are working 18-20 hours a day, sleeping gets the nod and Mike agreed.

Day 9 had been tough, but Mike finished with pace. The short drive from his finish point to our impromptu sleep station was worth the short drive in comparison to crawling in to tents for a potentially chilly night.

We discussed the day over a late dinner, and it was decided that there was no real point to give Mike an early start when a good sleep would potentially set him upon for what was going to be a long day, night and another long day to get the FKT done.

Our calculations confirmed that Mike had somewhere between 170 – 190km to cover, to achieve that in 24-hours after the previous 9-days was an impossible ask, so, we all were well aware that the new FKT would be 10-days, ‘x’ hours and ‘x’ minutes. Whatever the finishing time is, this record will stand for some time. The Israel National Trail is a brute and what Mike has achieved and will achieve is off the scale.

So, we awoke at 0645, had breakfast and the departed for the start.

Mike wasn’t feeling it. He looked and felt jaded and yes, emotional. I have experienced this journey with him with the rest of the team. Have seen the high and low points and therefore know better than anyone the undertaking. But I still cannot fully comprehend the depths that Mike has gone to, to achieve this FKT. For sure, it is going to take Mike some considerable processing time in the days and weeks that follow.

To clarify, he has been to a place that he has never been before. 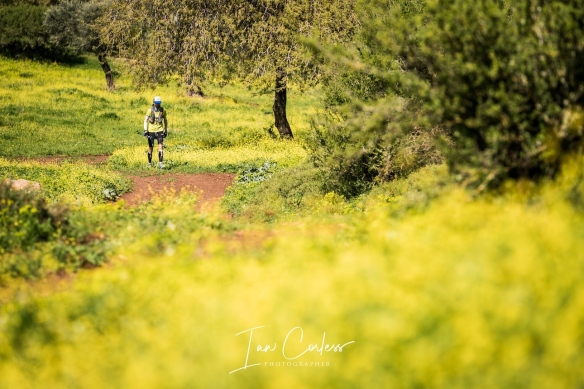 The route today was another green tunnel day with much climbing, some paved roads and early on, passing through congested streets. The Israel National Trail is so diverse. Nazareth and Galilee key names on the days agenda.

At 0814 day-10 got underway. Mike had no pacers and he was glad of the time to reflect and be alone. I joined him multiple times over the first 4-hours running with him, taking photos and encouraging him. 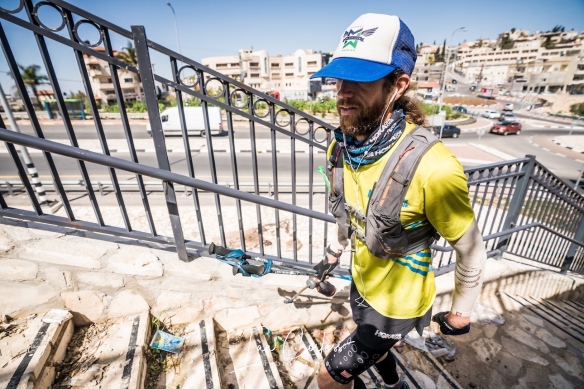 He laughed and complained about his pathetic 4-mile per hour pace. “Dude, this sport is so funny. One minute you feel like you are being stabbed in the heart 50 times and then moments later, you can feel great. I love the depths this sport can take you!”

Route marking was a real issue, and unfortunately this did not help Mike’s mood. The early parts of the day were a struggle and it was so hard to see Mike fight the demons. But this is the sport and Mike knows it, “Quitting is not an option!” Mike said.

Climbing to Mt Tabor, finally things seemed to become a little better and at the summit at 1344 three pacers joined the journey. Finally, Mike would have some constant company. 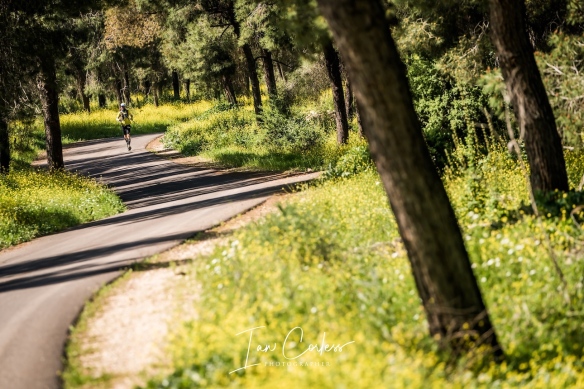 1438 and Gazit Junction provided a major refuel point and the four pushed on. There were one or two navigation errors, but the mood started to lift, and Mike was beginning to feel better. 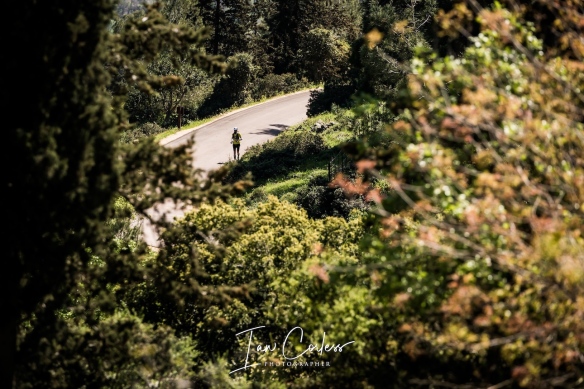 At Yardenit (1930) I treated Mike to 4 large fries from McDonalds and Erez prepared race and avocado burritos. Now an ‘elite’ pace team was ready for the darkness and Mike said, “Now the temperatures are cooler, I feel good!”

They left and the pace lifted. Tiberias came at 2108 and make was pacing the pacers. They all commented on how fast he was moving!

At 2223, the team arrived at Arbel, the entrance to the National Park.

National Park rules say that you are not allowed to be in them during darkness, so, to abide by the rules, an impromptu camp was arranged, and Mike will depart at first light with pacers.