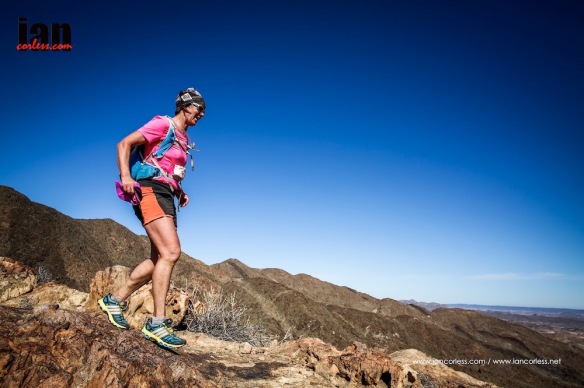 I’ve spoken to so many people in recent months have had problems running, which appear to be related to ‘anterior pelvic tilt’.

I’m not a qualified physio, but I do have a good understanding of posture and how it can impact running and cycling. Lordosis posture, which is caused by anterior pelvic tilt is the enemy of so many runners, yet most runners have never heard of it. In fact, I’d be brave enough to say that at least 75% of people reading this blog have anterior tilt to some degree and a muscle issues as a result. Got your attention? Ok, let’s read on.

From my experience, athletes with lordosis or anterior tilt are at high risk of suffering the following injuries or problems:

If the above list includes something that applies to you, there’s probably a benefit to reading onwards…

The basic principle of anterior tilt and lordosis posture

When viewed from the side, your pelvis can rotate backwards and forwards. It’s not actually ‘rotating on a pivot’, but it does rotate depending upon your posture and your muscle control. Look at the picture and it explains it a little better. You can control your pelvis and rotate it backwards and forwards yourself. Try it now, but you’re going to want to make sure nobody is watching.

As I mentioned above, the pelvis isn’t actually rotating on a pivot. You’re making the pelvic region rotate forwards or backwards by using your muscles and doing specific movements.

Sit down now, people are watching…

Ok, so you get the basic principle of anterior and posterior tilt. Most people have some kind of anterior tilt and it’s caused by muscle imbalance. The pelvis is a bit like a central tent pole with several ‘guy ropes’ attached. If all the ropes are pulling equally hard, the pole stays vertical. If some ropes pull harder than others, the pole starts to lean. You have muscles pulling in different directions and if they all pull with the same force, the pelvis stays in a ‘neutral position’. If some get weak and other get strong or tight, the pelvis moves out of position.

Why is it so common?

There are lots of things, which we do on a daily basis, which create an anterior tilt of the pelvis. The hip flexors are on the top/front of your thigh (where the crease in your groin is). Stand up straight and raise your knee to waist height, that’s the job of the hip flexors (so pretty important for the running stride!). When the knee is raised, the hip flexors are shortened, when you put your leg back down, then lengthen again. If you spend all day sitting down at a desk or in your car, the hip flexors are always in a shortened (but relaxed – you’re not using them) position. Eventually, they get used to this and they naturally shorten. Remember, we said earlier than when the hip flexors shorten, they pull down on the front of the pelvis and tilt it forwards. It’s actually worse than that, one of the hip flexors runs from the front/top of your thigh, backwards through the pelvis to attach to your lower spine (front of the vertebrae). When this pulls, it’s actually pulling the spine forwards and making your lower back arch inwards!

Let’s think about cycling. When you are riding a bike, you’re exercising in a ‘hip flexed’ position. We ride in the foetal position when viewed from the side, this makes the hip flexors even shorter. The more aerodynamic your position, the more you shorten the hip flexors. The only point at which your hip flexors go back to normal length is when you get off and stand up straight. After several hours in the foetal position, you might actually find it hard to stand up straight again and feel the urge to stay a bit hunched over. You may even get a bit of a spasm or pain in the front of your hip due to suddenly standing up. When you try and run after cycling, this can be a real issue. When cycling, your hip has been in a flexed position (your thigh was almost touching your stomach). When running, you do the total opposite, your thigh swings backwards behind you as you push off the ground, that’s hip extension. For hip extension you need long and flexible hip flexors, not short and tight ones which have been in the aero position for several hours.

Good, then this blog may well be useful. If not, you’ll probably meet someone soon or know someone already who would find this advice valuable. You can then sound educated and pretend this is your knowledge, using terms such as “from my experience I’ve found…..”

I think I can get at least 3 weeks out of this, which is great, it’s bloody hard thinking of a topic every week! Next week I’m going to explain why lordosis / anterior tilt causes the specific problems I mentioned earlier (hamstring pain, stitch, breathing etc). Then the following week, we’ll go through some exercises which can help to cure you’re tilted pelvis. If you’re convinced you have this problem and you need it sorting sooner than that, email coaching@theendurancestore.com and I’ll put you into a man who can ASAP.

Now, go and stand in front of the mirror and practice your tilting. I find that doing the movements to the sound of ‘Uptown Funk’ by Bruno Mars tends to work best.

Until then, stay neutral.

Sports Science lecturer for 10 years at St Helens HE College.

In 2010 established The Endurance Store triathlon, trail running and open water swimming store. Based in Appley Bridge, Wigan, we are the North West’s community store, organising and supporting local athletes and local events.

Check out the endurance store HERE

3 thoughts on “How is your posture? by Marc Laithwaite”