Today (Monday 3rd August 2015), NiRunning and Mourne Skyline MTR are pleased to announce that current Great Britain & Northern Ireland international and podium finisher at the recent Dragons Back 200 mile Ultra, Lizzie Wraith, will race this year’s Mourne Skyline Mountain-Trail Race.  Lizzie, a previous winner of the Lakeland 100 Ultra, will join this year’s Lakeland 100 and Lakeland 50 winners Paul Tierney and Jayson Cayvill on the start line, as well as a plethora of talent form around the globe.

The North Face Lavaredo Ultra Trail podium finisher is enthusiastic about taking on the another event in the Skyrunning UK Series after victory at last year’s 3X3 Ultra in Keswick.  Speaking about the Mourne Skyline MTR, Lizzie said:

“I’m really looking forward to running the Mourne Skyline MTR as I’ve never been to Ireland and it’s been on my bucket list for a long time. The terrain looks really beautiful and technical which is what I love, however 35km is a bit of a sprint for me, I’d better start doing some speed-work!” 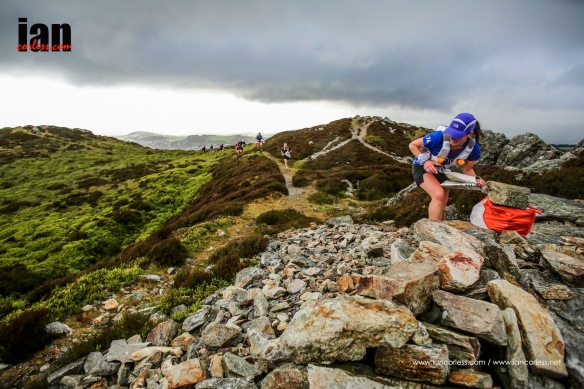 “To have an athlete of Lizzie’s stature compete at the event is a huge bonus for everyone.  Lizzie has performed well at some of the world’s toughest events – look at her performance at the recent Dragons Back Race – going into that off the back of being ill and not only finishing, but claiming a top three finish, was incredible.  Again this year, the entry list reads like a ‘who’s who’ of mountain-trail running in the UK and Ireland which not only excites me, but makes me appreciate the support we have received from everyone.   There will be athletes from fourteen countries coming to Northern Ireland to take part in the Mourne Skyline MTR (and ‘GTR’), which as the Race Director makes me extremely proud.  We hope to add further additions to the line-up in the coming weeks and will do our utmost to ensure that the race exceeds expectations.”

Although the Mourne Skyline MTR is now full (except for elite entry applications), you can still be part of an excellent weekend of racing by taking on the Mourne Skyline ‘Granite Trail Race’, a 2 mile uphill only night time race, which will take place on Friday 23rd October 2015 (7.30pm).
More information is available on the official race website HERE.