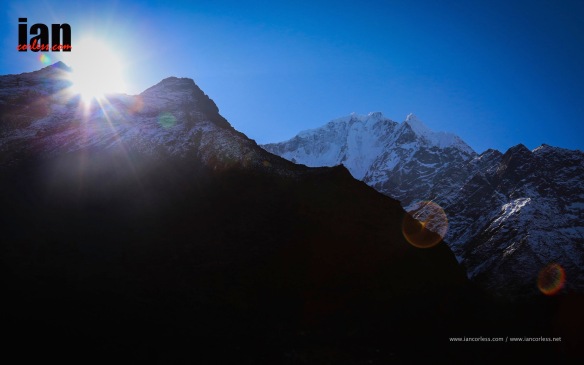 Set against one of the most iconic and awe-inspiring backdrops on the planet, the Everest Trail Race is one of the world’s toughest high-altitude ultra-marathons. I had the pleasure to attend the 2013 and 2014 and I am pleased to say for 2016, I am going back…

The FACES of NEPAL HERE

Nepal, the Himalayas, the Nepalese people and the amazing trails that lead to the stunning vistas of Everest, Tawache, Ama Dablam, Nuptse, Lohtse and Thamserku from the amazing Tengboche (Thyangboche) Monastery are some of the most memorable moments I have ever had.

On my first visit, I was told Nepal would change me and it did. It’s a cacophony of sound, visuals and emotion.

From the noisy and frenetic streets of Kathmandu to the isolation of camping under the stars at the monastery at Kharikhola, Nepal and its people cemented itself within my heart and I know that participants of the 2016 ETR are in for a very special experience.

Winding through the remote Solukhumbu region of the Himalayas in Nepal, the ETR takes place over six punishing days and covers a distance of 160-km with over 25,000m of vertical gain.

Terrain is mixed and the daily distances are, on paper, relatively short. Don’t be fooled though. Altitude and technical trails make the ETR a very specific challenge. Daily altitude gain starts 3,000 meters up to 5,950. It’s a breathtaking route that starts in Jiri and follows an incredible route that would eventually lead to the base camp of Everest.

Runners will trace the footsteps of Edmund Hillary and Tenzing Norgay, the first man to reach the summit of Everest, along with Hillary, who was born in the Tengboche area in a village called Thani. 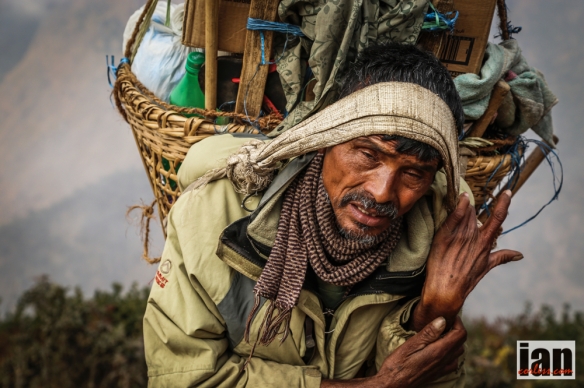 Participants will experience breath-taking views of not only one, but also several of the world’s tallest mountains: Everest, Lothse, Ama Dablam, Tamseku, Kangtega, Makalu and Kanchenjunga. On the fifth day, arriving at Tenggboche the Himalayan backdrop is magnificent providing a wonderful boost before returning to Lukla via Namche Bazaar.

A self-sufficient race, participants must carry all they need with the exception of food for meals and a tent. Breakfast and dinner is provided and all the runners sleep in 2-man tents. 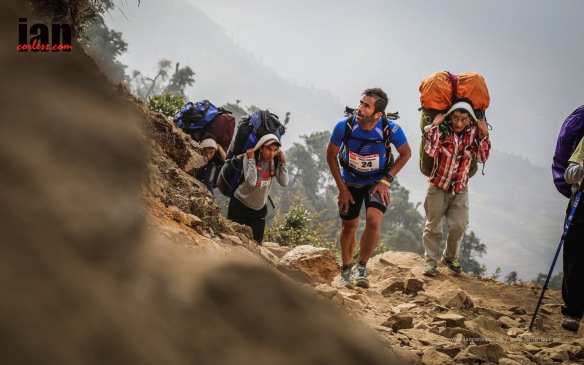 Temperatures vary greatly from warm sunny days to icy cold nights. Remember, the runners carry everything they need, so, shorts and T-shirts for the day and a down jacket, multiple layers and a very warm sleeping bag for the night. As with most multi-day races, a change of clothes is a luxury and a shower almost non-existent.

The route is only accessible by foot or helicopter, so, the challenge is equally tough for the race team.

The Everest Trail Race is without doubt the journey and experience of a lifetime.

“You reach the highest point of the day and you are breathing hard, short shallow breaths. You think you must stop, that you can’t go on, but then you settle into a sustainable rhythm. Your body is adapting to the workload, to the altitude and with that realisation you feel a rush of empowerment that motivates you to run right past the foot of Everest.”

The actual routes and formats change every year. The Race Director, Jordi Abad and his team spend over a month meticulously planning routes that are made public before the event starts.

Competitors camp overnight in two-man tents provided by the ETR. The tents are transported stage-by-stage and await the runners at the end of each day. Meals are provided each night in a large food tent. It provides a wonderful and most memorable sound each evening as the sound of weary laughter echoes around camp.

Race Route (to be confirmed)

Day 2 – Leaving Bhandar, non-stop climbing follows a short 4km descent; firstly, to Gompa (Golla) at 3010m, a small downhill section follows of 2km and then a climb to Pikey Peak at 4068m. It’s a tough-tough day and the sting in the tail comes at the very end with a very short and steep ascent to Jase Bhajyang.

Stage 3 is all about running downhill, however, the finish is brutal ascent to Kharikhola at 2100m. Leaving Jase Bhanjyang runners have a short ascent of 2km to 3800m and then an 8km descent to Jumbesi, CP1. A 6km climb to just over 3000m is then followed with a 4km descent to Lharpa and CP2. Another 3km climb to 3000m and then a brutal leg-sapping drop from 3000m to 1500m in 10km before the final sting in the tail, a 3km climb to the finish.

Departing the monastery, a small descent awaits the runners of just 4km before a long tough climb to Kari La (CP1) at 2900m. From here the course goes up and down all around 2700/2800m for approximately 10km before a very steep descent to CP2 at Surke (2200m). A continual climb to CP3 at Cheplung continues to the arrival at Phakding/ Llegaga.

The final stage of the ETR re-traces much of the same ground of Day-5 but (obviously) in the opposite direction. The main difference comes after Phakding when the trail splits and participants go left climbing to the finish in Lukla.

The ETR is very much a race about an experience and a journey, however, a race will take place and as in previous years, this will be very competitive at the front. 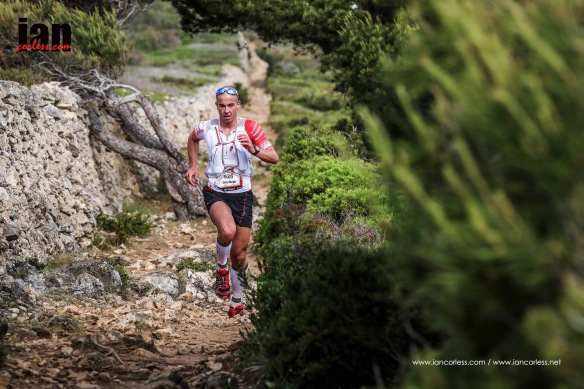 From the UK, Casey Morgan will be one of the main contenders for overall victory. In 2016 he has raced consistently well in tough and mountainous races all over the world. The big question will come with his ability to handle high altitude.

Miguel Capo Soler placed 17th at the 2014 Marathon des Sables but his best result came in 2013 when he placed 3rd along with 10th at Lavaredo Ultra Trail.

Roger Vinas has had an incredible 2016 racing the Skyrunner World Series – the technical trails and altitude of Nepal should not be a problem for this talented runner.

Ismael Dris placed 18th at the 2015 Marathon des Sables, 2nd at the 2013 The Coastal Challenge and has raced Everest Trail Race on one previous occasion.

Sarah Davies from the UK placed 2nd lady in the 2016 Spine Challenger and also won the Malvern Hills Ultra. Adapting to the cold shouldn’t be a problem, the altitude will be a question mark.

Argentina will be represented by Paula Haimovich, Vanesa Levi and Daniela Alderete.

The 2016 edition of the race has a main sponsor – The Elements Pure Coconut Water. Other official sponsors are Compressport, 225ers, ways gps and Burq.