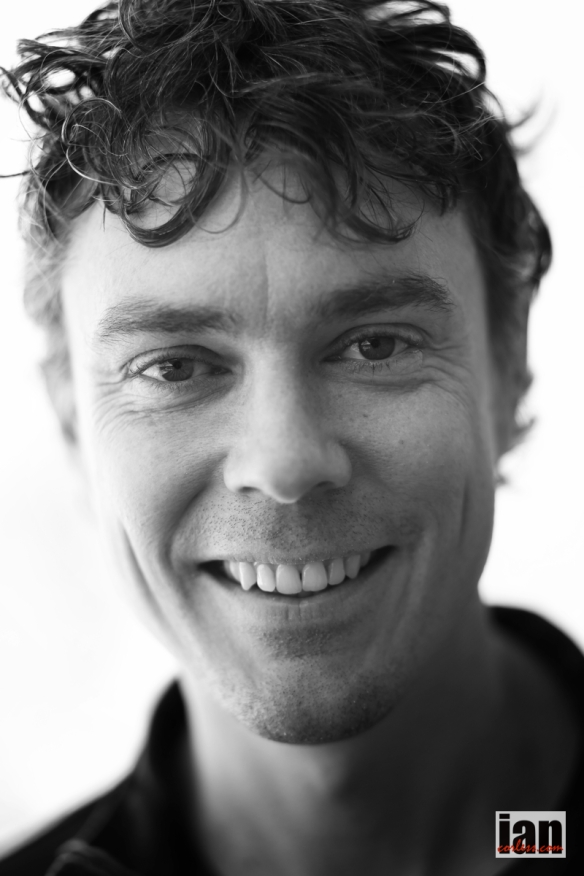 He needs no introduction; Scott Jurek is an icon in the sport of ultra running. He has won Hardrock 100, Spartathlon, Badwater 135, raced over 24 hours and of course he has won Western States an incredible 7 times in a row, 1999 – 2005.

Listen to my interviews from Talk Ultra HERE and HERE

In recent years, his running has almost taken a back seat. He shot to ‘more’ fame in Chris McDougall’s book, ‘Born to Run’ and then he released his own book, Eat and Run’ which gave an insight into his Vegan lifestyle, something he has adhered to since 1999.

I was fortunate to spend time with Scott when he came over to the UK, we even managed a run on the Lakeland 100 course which was followed with an impromptu meet and greet and book signing. (Guardian HERE)

For many (me included) we wondered if Scott’s racing days were over? He had a recent attempt at Leadville 100.

Jurek admits his comeback at the Leadville 100-mile trail race “didn’t go entirely to plan“. He was closing on third place when stomach problems and nausea hit. Where years ago he “used to run through that stuff”, this time he lost places and finished eighth.

“Overall, I was happy just getting back on the horse and running another 100-miler,” he says, “to familiarize myself with what it takes.”

Jurek also participated in Transgrancanaria but it all seemed a far cry from his full on racing days. Scott did say to me though on many occasions, I have more to give and Yiannis Kouras’ 24-hour record still holds a big attraction to me.

Jurek considers the 24-hour race “the pinnacle” of ultra running:

“There’s nothing else like it – mentally it’s the most difficult.”

Cut to May 27th 2015 and with little fanfare, Scott announced via social media that he would take on the AT (Appalachian Trail).

“Embarking on a big adventure tomorrow, something I’ve always wanted to do. The time is now!” – May 27th via Facebook

Followers of my website and in particular those who follow my podcast, Talk Ultra, will know all about the AT via ‘Speedgoat’ Karl Meltzer’s talk and recent attempt.

It was a surprise to see Scott take this on!

He was very clear with no ambiguity, the record was his target! Jennifer Pharr Davis set the current record of 46 days, 11 hours and 20 minutes and as Speedgoat will tell you, that record is solid.

Rumors came out that Scott would target 42 days.

Not one for mincing his words, Scott’s good friend, Karl Meltzer said, ‘That ain’t gonna happen!’ This wasn’t out of a lack of respect; it was a simple assessment of the task at hand and the fact that Scott seemed to have considerably less research going into the event, certainly in comparison to Pharr Davis or Meltzer.

Ironically just 4 days into his attempt, Scott picked up some severe knee pain and although hitting some incredibly high daily targets, he slowly but surely got off pace. Something that Meltzer touched on in Talk Ultra podcast:

‘You miss a mile here and a mile there and then all of a sudden you are 20 or 30 miles behind pace and you then you just can’t get that back!’

Meltzer should know, he has one successful AT crossing under his belt and his recent attempt failed after he got behind pace. He does plan to ‘go again’ and 2016 looks likely but just as one would expect, Karl gave up 2 weeks of his time and met Scott on the trail. Running side-by-side the duo slowly but surely goy back on track and now with less than 400 miles to go, Scott may well just achieve what looked impossible.

Yesterday, July 2nd after 36 days, Scott crossed into New Hampshire. He has 400 miles +/- to go. When one considers that the current record stands at 46 days, if Scott maintains his current pace, a new record looks likely. 42 days was always a target and one has to wonder, will Scott put in a couple of really big days to get the job done?

“Scott Jurek is in New Hampshire now, bearing down on the AT … there is no easy way to do this … 100 milers are really hard, multi-days are even harder, and long trail thru-runs are … well…?”

“It’s been the rainiest June in Vermont in 130 years so it’s only fitting that my last few miles were in a torrential downpour. Yesterday was a rough one but I was pumped to cross my second to last state line this morning. Hello New Hampshire!’”- (Facebook page HERE)

Supported by his wife Jenny Jurek, the fkt will have no doubt been an epic journey and undertaking for her, something that Scott acknowledged on June 25th:

“Day 4 (he showed a photo of he and Jenny running) of the Appalachian Trail running across Fontana Dam, TN with the love of my life. Without her this journey would be impossible. She is my lifeline and makes sure this ship keeps heading north. Jenny inspires me to keep putting one foot in front of the other when it seems impossible. Hard to believe how far we’ve come, Day 30 today! This one is for you babe!”

So there you have it. Scott has been helped and followed by so many on this epic journey; runners, fans, photographers, press and it is countdown time. I for one am rooting for Scott as he clicks off those final miles.

It’s going to be an exciting week ahead.

If you wonder what impact a journey like this has on ones body. Take a look at these two photgraphs. The first image was taken on May 29th just 2 days after the start, the latter image taken July 2nd. 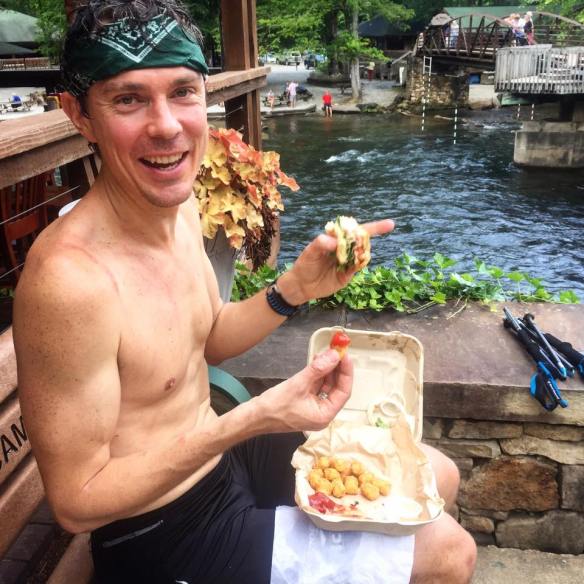 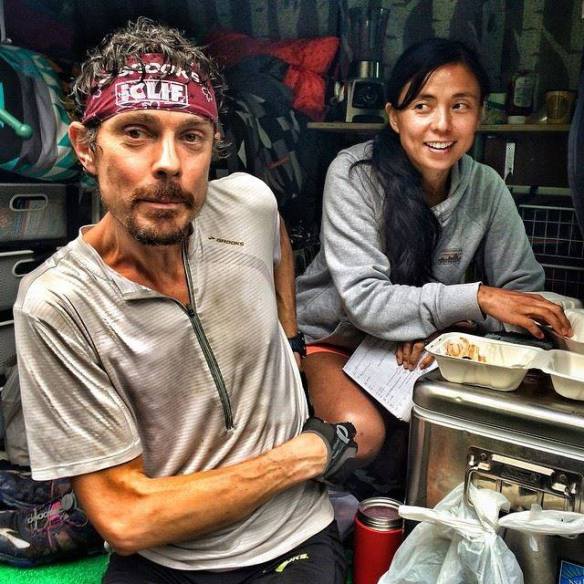 Marshall Ulrich posted on Scott’s FB page, and I quote:

Marshall Ulrich Diet is everything, I make no bones about saying Vegan and multiday doesn’t work, many of us discovered this long ago adventure racing, mountaineering and recently running across America, 3063 miles in 52 days, losing only 4 pounds eating anything and everything that my body told me to. Scott is losing muscle mass and has no real food (fats and protiens) to replace it. Having said that, I wish Scott all the luck in the world and I consider him a good friend. p.s. I used to be a vegetarian YEARS ago.

This certainly made me think. What are your thoughts on what Scott is achieving? Is he hampered or fuelled by a Vegan diet?

I have to say, whatever Marshall thinks, Scott is getting it done and that is seriously impressive! But I do wonder, does Marshall make a good point?

Boy-oh-boy Marshall’s comments really kicked off a can of worms. First and foremost I posted Marshall’s comments as I thought it raised a legitimate question. My first question, although I never posted it was, ‘Is Scott getting enough calories?’ I never considered if those calories were vegan or not; just calories. But then Marsh made me think. Importantly, I want to clarify that I am just interested in the sport of ultra running and I am a fan of the sport and Scott.

I was interested in the debate that Marshall raised, for me, calories are calories, does it matter if they are vegan or not? So with that in mind, vegan triathlete Laura J Kline commented below and then went on to write a web post HERE. So for balance please read it. But I do take exception to the comment, ‘What I will never, ever understand is why anyone feels the need to bash the vegan lifestyle.’

I am not bashing the vegan lifestyle and I personally don’t think Marsh was, he was saying it is not the best way to fuel a thru run? I sit on the fence to the answer but love the thought processes involved.

As Jurek chronicles his trek on social media, many have noticed he’s lost a lot of weight.

“I know it’s a hot topic,” Jenny said while laughing. According to her, Jurek expected this to happen even with his voracious diet.

“You can’t not lose weight; thru-hikers get emaciated,” she said. His weight loss is not from a lack of eating or his vegan diet. Jenny makes him a fatty smoothie filled with three different kinds of proteins at every stop. She said other hikers have brought vegan desserts and pizza along the route as well.

To break the Appalachian Trail speed record for a supported thru-hike, Scott Jurek needs to summit Mt. Katahdin in Maine by 5:15 p.m. on Sunday, July 12. With just under 230 miles remaining, Jurek will need to average about 45 miles a day to make it.

46 thoughts on “Scott Jurek and the #AT Appalachian Trail #FKT”