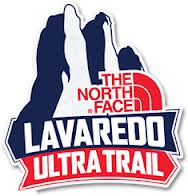 Under threatening skies Cortina hosted the eighth edition of The North Face® Lavaredo Ultra Trail. Expectations were high for a competitive race as the quality of the field was the strongest in the event history with runners from 56 nations on the start line.

The 119km race started in front of a packed Cortina crowd at 11pm on Friday evening. 782 trail runners left the sanctuary of the Cortina valley and headed out on a journey of 119km through the Dolomite National Park with the knowledge that they would also climb 5,850 metres of elevation over the next 12 to 31 hours (race cut off time was 31 hours).

The women’s race was predictably a fierce two horse race between local favorite Francesca Canepa and her US rival Rory Bosio. The two of them spent the night section of the race pushing each other and by first light Canepa held a seven-minute advantage at KM48 as Bosio was struggling to shake off a severe headache.

Daylight and the stunning mountain scenery seemed to energise Bosio to the point that she had overhauled Canepa by km75 and the gap continued to grow as they both raced for the finish line. Their pace was incredible as they pushed each other which would result in Bosio smashing Canepa’s course record by almost one and half hours. The value of two strong athletes pushing each other could be seen in the fact that Francesca Canepa ran one hour faster than in 2012 but was still unable to stop the sheer power and speed of Rory Bosio. Something that Europe saw for the first time at The North Face® UTMB in 2013.

In the men’s race the real action started at km33, Hotel Cristallo. Anton Krupicka, Mike Foote and Gediminias Grinius were all in the lead pack of about ten runners as they left this aid station. Anton took advantage of the short punishing climbs on the way to Lake Misurina to establish a lead as they hit the base of the longest climb of the course up to the race high point of Rifugio Auronzo.

First light greeted the leaders as they passed close by to the iconic Tre Cime di Lavaredo mountain spires as they reached a high point of just below 2,500 metres. The crowds up here who had braved an early start were rewarded with some stunning mountain scenery. The long technical descent from the top of Forcella Lavaredo to the valley floor at km67 would benefit Italian Fulvio Delpit with his strong skyrunning skills so we had a new leader but Anton Krupicka was in no mood to give up his lead and charged through the aid station without even stopping for new supplies.

Krupicka’s determination was rewarded as he arrived first into the aid station at km75 at Ra Stua. This was a lead he would never relinquish over the next 44km. Unbeknown to him the big fight was going on behind him for second place. Fulvio Delpit pulled at Km75 leaving a very tense battle between Mike Foote now in second place with Gediminias Grinius breathing down his neck in third.

Grinius led Foote for the first time into Col Gallina at km95 but they had swapped places once more by the time they had reached the majestic location of Passo Giau at km102. They would push each other for the next 16km with Foote holding onto second place with Grinius three minutes behind, such a small gap after thirteen hours of racing.