The Tarahumara have long gained a reputation for being incredible runners, we can thank Chris McDougall and his book, ‘Born to Run’ for this.

But I have fond memories of watching documentary, made by a friend of mine that told the story of the Tarahumara racing at Western States with Ann Trason back in 1995. I still have a copy of the movie that one day I hope to gain permission to re-release.

So, standing on the start line of Tenerife Blue Trail a few years ago, my radar was finely tuned to the Tarahumara on the start line. Notably, Lorena Ramirez in a green dress with touches of red, a Salomon vest and jelly bean shoes. Her brother was standing next to her, almost as a guardian. He wore a mixture of traditional dress and modern shoes. 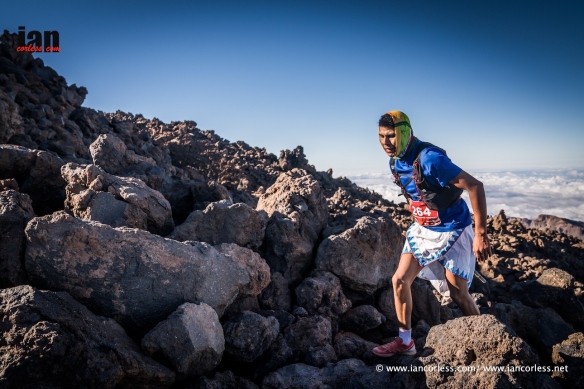 She came back once again in 2019, this time with a different dress, but the same shoes.

John Serba of decider.com had this to say after watching the film for the first time:

“Netflix may have another serious Oscar contender on its hands with Lorena, Light-Footed Woman — or Lorena, la de pies ligeros in its native Spanish… The film may be short, but it’s long on inspiration and breathtaking cinematography…”

Lorena lives along the Tarahumara mountain range in Chihuahua, Mexico. She has a simple life, shares a shack with her family. She is a shy person. I have met her multiple times and shared few words with her. For the camera she is reserved, and one can almost feel as though one is invading her space with a camera. She has assured me I am not.

The movie shows an abbreviated version of Lorena’s life. Actions speak louder than words, and with Lorena that is really important. I draw parallels to Mira Rai and how ‘training’ is not really a requirement in such a harsh environment, just living and functioning is enough.

Lorena does not laugh or smile much, bit in one scene, she opens a box with new Salomon shoes. She smirks, laughs and then says, “They feel wrong I am not used to running in them… I don’t think I will use them. The people who do are always behind me!”

Her brother then jokes about her sandals and adds up she has about 300-miles on them. Here, Lorena open up and laughs.

The scene changes and as a family, six of them go for a run. “Look we run up here with food..” says the Father. “…taking care of owls, running all over the place, up and down.”

As Chris McDougall coined in his book, Lorena was born to run…

If you love the pure art of running, the simple inspiration that running can bring (moving from one place to another via foot), then Lorena and he story will enlighten your life.

“How would you feel if you had to live in another country?” Her brother asks.

“I would miss it here a lot,” Lorena replies.

One can almost feel the tension, the dilemma that her running and travel brings. But she laughs with her brother when he asks and questions how serious she takes it.

Running up a steep hill, a cameraman almost falls as she whispers about fireflies, “I will keep running as long as I can, and as long as I have the strength.” 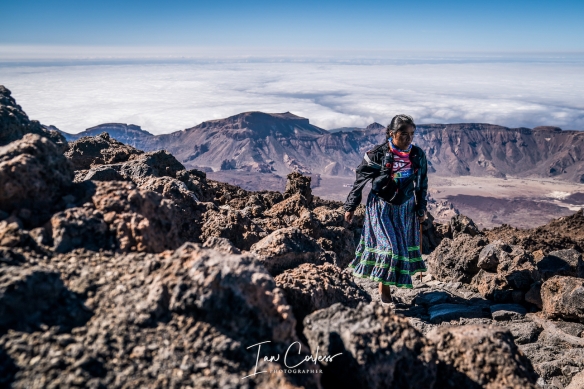