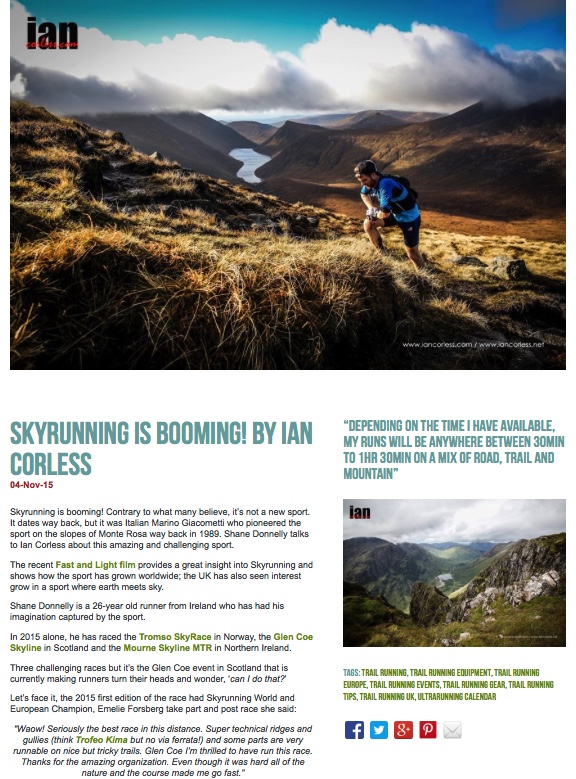 The recent Fast and Light film provides a great insight into Skyrunning and shows how the sport has grown worldwide; the UK has also seen interest grow in a sport where earth meets sky.

Shane Donnelly is a 26-year old runner from Ireland who has had his imagination captured by the sport.

In 2015 alone, he has raced the Tromso SkyRace in Norway, the Glen Coe Skyline in Scotland and the Mourne Skyline MTR in Northern Ireland.

Three challenging races but it’s the Glen Coe event in Scotland that is currently making runners turn their heads and wonder, ‘can I do that?’

Let’s face it, the 2015 first edition of the race had Skyrunning World and European Champion, Emelie Forsberg take part and post race she said:

“Waow! Seriously the best race in this distance. Super technical ridges and gullies (think Trofeo Kima but no via ferrata!) and some parts are very runnable on nice but tricky trails. Glen Coe I’m thrilled to have run this race. Thanks for the amazing organization. Even though it was hard all of the nature and the course made me go fast.”

You can read the full story on RUNULTRA.co.uk HERE