The 2017 UTMB is upon us and yes, it may well be the best line-up ever for this big loop of France, Italy and Switzerland which starts and finishes in the iconic mountain resort of Chamonix shadowed by the impressive and iconic Mont-Blanc. 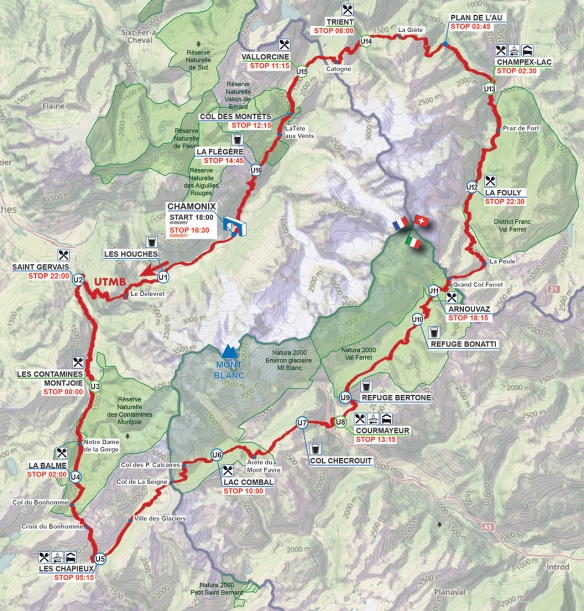 The ladies race will once again be an interesting one with the return of the 2016 champion Caroline Chaverot, 2016 2nd place, Andrea Huser, 5th placed Magdalena Boulet, 8th placed Kaori Niwa and 10th placed Sophie Grant.

However, this only provides a small glimpse of the potential top-10 for the 2017 UTMB.

Also keep an eye on a couple of dark horses, in particular Beth Pascall from the UK. 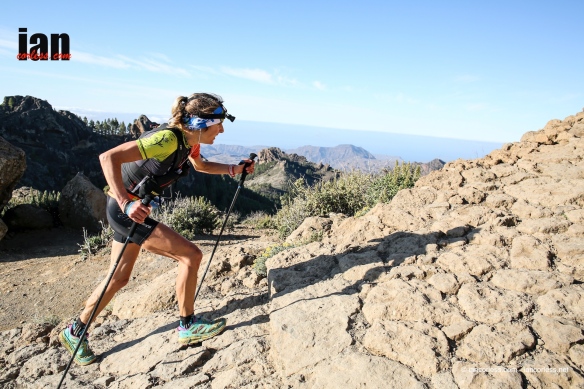 On 2016 and 2017 performances, Caroline Chaverot is the head and shoulders favourite for 2017 victory. Her recent win at Hardrock 100 was super impressive and although 2017 started with a glitch at Transgrancanaria, Chaverot is now back in winning ways and looks set to match her incredible 2016. For me, she is the best female ultra-runner in the world at the moment.

Andrea Huser just races and races and last year came very close to Chaverot, 25:15:40 to Huser’s 25:22:56. In all honesty and no disrespect to Huser, this closeness was due to Chaverot having problems and not Huser speeding up. In reality, I think Chaverot can (and possibly will) win the UTMB with a clear 1-hour margin. Can Huser place 2nd again? Yes for sure, however, she will have her hands full.

Nuria Picas has all the potential to win the race but I am not convinced that she has 25 hours of running in her at the moment? She just placed 3rd at Tromso SkyRace which was a great training day but UTMB is going to require a completely different strength.

Magdalena Boulet is going to know what she is in for this year and therefore may well have a better race. She placed 2nd at Western States and in the following weeks and months has recovered and prepared for the big dance in France. I think we may well see her on the podium this year!

Kaci Lickteig and Stephanie Howe Violett were hot favourites for Western States and they both had tough days. Lickteig has said in advance of this year’s UTMB that she is not here to race. Howe Violett though will be here to race and for me she is a hot favourite for the podium and should all things align, she is a potential winner. She was 8th in 2015.

The UK’s Beth Pascall may well be the surprise package of the 2017 race taking the American’s by surprise and yes, even the Europeans. She is a great long distance runner and loves mountain terrain. She is also a great 24-hour runner and that is a key feature for the UTMB – running 100-miles at UTMB is not the same as running 100-miles on another course. Jasmin Paris placed 6th last-year and I think Pascall can match this and potentially go top-5.

The 2016 race was interesting one that saw Miller go off at a reckless pace, blow-up, recover and somehow manage to finish 6th. We also saw how pacing and patience is a key element for a successful UTMB, completely reflected in Pommeret’s victory – he was in the lead early on, he dropped to 50th about 25% in the race and then somehow came back!

With such a stacked field one if the biggest questions will be, ‘who will make it beyond Courmayer?’ As in previous years, many hot favourites will fall by the wayside with pressure on a pace that is too fast early on.

I said in the ladies preview that running 100-miles (more actually – 172km) at the UTMB is not the same as running 100-miles say on a typical US course. I think this can be clearly explained when one looks at say Anton Krupicka. He had success and results at 100-miles that took 14-16 hours, UTMB requires a minimum 20-hour effort and in reality a 20-24 hour effort if you are going to be top-10. This makes a huge difference and therefore, I will put my neck on the line now and say that Walmsley, Miller and Canaday will struggle in the final 25% of the race.

I am jumping ahead though.

With a certain Kilian Jornet returning to the race, I do believe that everyone else is running for 2nd. This is not something that I ever like to write but with all due respect to the rest of the competition, if Kilian is on form I just don’t see anyone coming close. I will also say, that if the weather conditions are good, we will see him not only win the race but I do think we have the potential of a 19-hour finish and a new course record. Jornet is coming back to this race for one reason – the race! He wants the competition, he wants to be pushed and he wants to be the best of the best. Victory will be a priority and then a CR if that is feasible and possible.

Jornet does have three teammates toeing the line and they are a formidable quartet of Francois d’Haene, Tofol Castanyer and Miguel Heras. All four of these guys can win the race and in particular, d’Haene is an odds on favourite to push Jornet and should the Catalan falter, he will be there to take over the reigns. In terms of strategy, I see the Salomon quartet running together in the first 50% of the race behind the front but close enough to pounce should they need to. Jornet will be chatting and looking for company before he and d’Haene pull away in pursuit of the front. In the latter 20/25% of the race, Jornet will pull away, catch any front protagonists and take the win. Castanyer and Heras may well be top-10 with d’Haene 2nd. They have all the potential to go 1,2,3 as in 2014.

I make it sound easy don’t I. It’s 100-miles and therefore of course it is not! Anything can happen.

Jim Walmsley and Zach Miller are no doubt going to head up the front of the race, however, if they have learnt from previous exploits it would make sense that they reign themselves in over the first half of the race. Their fans will want them to go hard or go home, but, if either of them want to win the race, patience will be key. I see Miller having the edge over Walmsley. We all know Walmsley can run fast – really fast. He proved this recently at Speedgoat 50k but that race is 50k and not 172k! Miller has been injured and of course this may well impact on his ability to have a good race in 2017?

That is one serious US line-up and if Jornet wasn’t running, I would have potentially said that 2017 was the year when we could see an American win the men’s race!

It is worth noting though that the winning time in 2016 was almost one hour slower than in 2015 when Xavier Thevenard ran 21:09. That is significant especially with Jornet and d’Haene racing!

Remember too that the course has changed over the last few years! 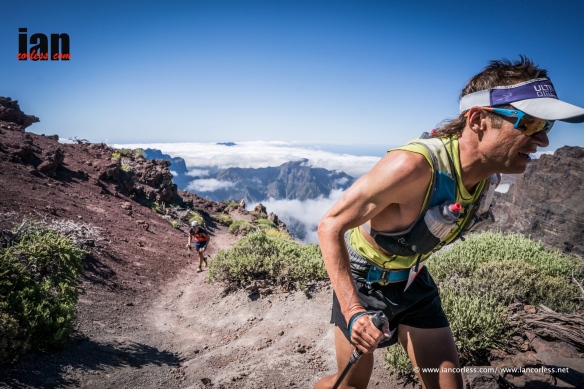 On paper, based on times, Jason Schlarb has the best potential to impact the podium and his potential may well have increased evermore with his early withdrawal from Hardrock 100 with illness. He is going to be fresh!

Tollefson, Laney are the obvious contenders for top-5, they have done it before but Browning is an incredible force over 100-miles – he is patient, loves to climb and he gets the job done. Equally, Bowman is going to be raring to go for this year. We may well see the top-10 full of US runners – it is going to be a great year for them.

Luis Alberto Hernando would have been my tip for the podium but he has decided not to race – a real shame. He would have really had am impact on the front of the race if inform.

Therefore Xavier Thevenard has to be a key favourite. He is the only person to have won UTMB, TDS, CCC and OCC – impressive! He does blow hot and cold sometimes though, particularly if the pressure is on him. If he keeps a low-profile in the build up to the 2017 race I think will see him once again have a great race.

Gediminas Grinius nails the 100-mile distance and was 5th in 2014 and 2nd last year. He will be in the mix for sure but if it is a fast year, I don’t think he has the pace for a 20-hour finish.

Didrik Hermansen does have the pace but may not have the endurance, having said that, he won Transgrancanaria and was 2nd at Western States in 2016.

Pau Capell has been so consistent and is an exciting prospect at the 2017 UTMB, he won Transgrancanaria and placed 2nd at Madeira Island Ultra Trail – both races taking 13-hours. He is going to need to race for 30% (minimum) longer in Chamonix and that will be a huge learning curve. 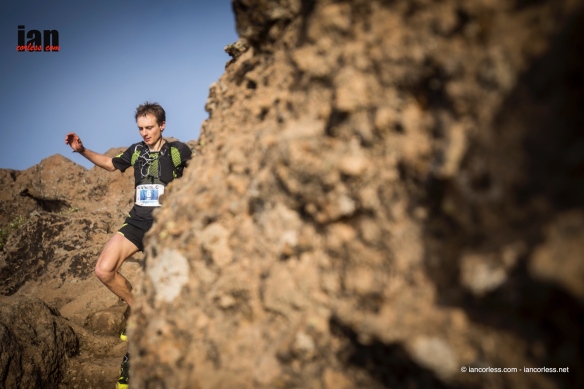 The UK’s Andy Symonds ran the UTMB in 2016 and detonated, he will be back this year more focused. He has the potential for a great race.

Julien Chorier recently participated in Ironman Nice with a 10-hour 22-minute finish – very solid for a tough (bike) course. It’s interesting prep for UTMB but Chorier is a class act and he has been top-10 at UTMB before. He knows how to run the race. I don’t think he has the speed now to be top-3 but he has the staying power and he can pick of places and move up the ranking in the latter stages of the race.

What are your thoughts, who are going to be the surprises?