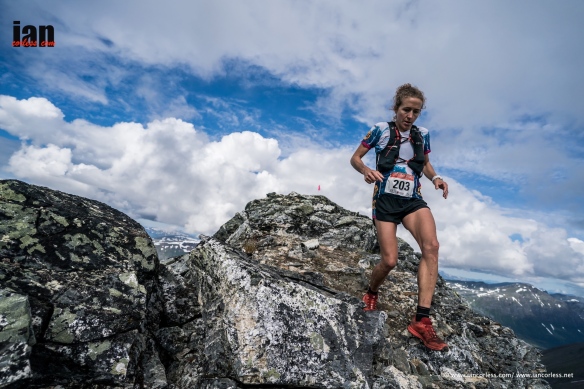 The 2017 UTMB was billed as the ‘best ever’ and as the weather finally improves in and around Chamonix, life returns to normal for everyone and we all have an opportunity to step back and look how important this years race actually was.

I think it may well be a seminal edition and for many reasons.

I wrote about the men HERE.

The ladies race turned out to be far more unpredictable than the men’s with many of the pre-race favourites either having bad days and going slower than expected or dropping through illness or injury. This opened the doorway for an interesting top-10 and several unexpected names.

Nuria Picas 25:46:43 – Came into the race not a dark horse but with a question mark. Nobody doubted the ability of this lady, she has proven time and time again that she is a dominant force in mountain running over any distance. She dominated the UTWT rankings and has placed 2nd twice at UTMB. However, in the latter part of 2015 and pretty much throughout 2016 she was missing from racing. It appeared to me that a really tough calendar and race dominance had taken its toll. 2017 has been quiet and just recently I watched her race in Tromso at the Tromso SkyRace and she placed on the podium. It still left me with a question mark though on UTMB – would she have the endurance for 25-hours of running?Nuria set the pace in the ladies race and produced a dominant performance. She built a huge gap during the night and day and it was only in the latter 20% that the race took its toll forcing her to slow. The margin she had built up so important! At the end, this margin was reduced to less than 5-minutes! Nuria is back and like many long-term fans of the sport, Nuria’s victory is a welcome one. A seminal moment.

Andrea Huser 25:49:18 – Andrea races and races. She has a physical and mental strength un-matched. A race can start badly but she has the tenacity to push on and this year’s UTMB is no different. She started down the ranking, pushed on and with over half of the race covered took control and moved to 3rd and then second. She hunted Nuria Picas down as she slowed, almost a re-run of 2016 when she hunted Caroline Chaverot down. For two years running, 2nd at UTMB.

Christelle Bard 26:39:03 – Signifies the excitement and unpredictable nature of 100-miles. Although she has had success at CCC and TDS in past year’s, Bard was not really on my radar for a top-10. My fault, I should have done more research. Experience counts though and a steady start paid dividends as she slowly but surely moved through the field. In the final 80km’s or so she moved through the field from 10th to an eventual podium slot. A seminal year for this lady!

Kaori Niwa 27:31:39 – Was not a surprise after placing 8th last-year. The 100-mile distance is all about consistency and perseverance and this is how this lady excelled. As the distance and weather conditions took its toll, Niwa pushed on and reaped the rewards. A seminal year for this lady!

Kellie Emmerson 28:13:06 – Australian Emmerson was a surprise top-10 who I think (?) was running her first 100. She is proficient over the 100km distance and maybe the most significant indicator coming into the 2017 UTMB was her 4th at Tarawera earlier this year. Her race was well executed with patience and consistency and her 100km pace kicked in the latter stages to go past St Laurent.

Alissa St Laurent 28:13:43 – Had a tough race but persevered to finally have a strong and consistent race to place 6th. She certainly slowed as the race progressed and I am sure she will be frustrated with losing that 5th place in the closing stages.

Anna-Marie Watson 28:37:16 – What a breakthrough performance for Anne-Marie, last year we had Jasmin Paris from the UK in the top-10 and this year I was expecting Beth Pascall to step up to the mark but this was all surpassed by Watson. Her progress through the sport has been quite the surprise, go back to 2008 and she placed 124th lady at CCC – cut to the 2017 UTMB and she was 7th. Wow! That is some progress and the indicators are there, from 2015 she has a string of victories and top ranked places, 2nd at the 2015 MDS, 1st Cotswold Way Challenge, 1st at Cappadocia Ultra and most recently 1st at Gran Trail Courmayeur – a seminal performance.

Amy Sproston 28:44:08 – Has a running history the length of my arm and a string of notable runs, highlights coming over many varying distances. She has been top-10 at UTMB before – 8th in 2012. Notably she has also had great results at Western States, 2nd in 2016. So, matching her 2012 position is no surprise, it looks like she paced herself well with a slow first half and then making up ground in the second half. Notably, the USA’s top female finisher!

Mariya Nikolova 29:04:16 – This Bulgarian lady was 16th at UTMB in 2015 in almost 33-hours. 2017 is breakthrough year for her and her time of 29 hours a significant improvement even when one considers the shorter course.

Robyn Bruins 29:41:11 – So, the Australian ladies have a seminal year, just like the USA men. Bruin placed 10th and in doing so arguably has one of the best results of her career. She is known in the Southern Hemisphere, but in Europe, no, she is a newbie. This result will no doubt kickstart a renaissance not only in her own running but the running of Emmerson who placed 5th.

Pre-race favourite and I think many pundits odds-on for victory, Caroline Chaverot, had a tough race and dropped at midway. Chaverot, like Picas in her hey-day has been unstoppable with many races and a recent victory at Hardrock 100 may well have just taken its toll. It could be a seminal UTMB for this French lady as she decides her plans and calendar moving forward.

As often happens, many of the pre-race favourites had a tough night, day and night at the 2017 UTMB.

Magdalena Boulet, 5th last year had a bad day, Juliette Blanchett 4th last-year dropped early, long distance specialist Emelie Lecomte dropped at Courmayer, Fernanda Maciel withdrew with eye problems from the wind, snow and rain and Stephanie Violett (formerly Howe) battled on for a finish but was not in the top-10 as I and many others expected.

So, a seminal year without doubt.