The “2018 Migu Run Skyrunner® World Series” kicks-off this weekend in China with the Yading Skyrunning Festival – VK, SKY and ULTRA.

It is going to be a weekend of high altitude action as the Yading races personify the simple ethos of running Between earth and sky – Skyrunning! The Yading Skyrunning Festval takes in numerous 6000m peaks through three races – VK, SKY  and the Yading Kora ULTRA. 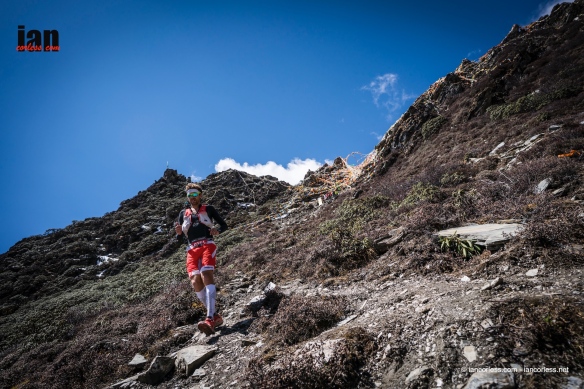 The Yading Skyrun will start at 0700 on April 30th and will cover a distance of 29km. Staring in the centre of Yading’s Shangri-La, the race will start with a gradual downhill. After 3.5km, the race will hit the lowest point in the race – 2860m! From here, the only way is up – passing a small village, the race route hugs a single-track. The summit at 4700m is covered with Buddhist prayer flags and what follows is a fast descent all the way back to Chonggu Temple. Last year, Nepalese sensation Bhim Gurung produced an incredible downhill run to come from behind and take victory.

The Yading VK starts on Sunday April 29th. Covering a distance of 7km (unusally long for the VK format) the race will have an elevation gain of 1072m but starts at 3992m and concludes at over 5000m. It is the highest VK on the circuit and arguably one of the most stunning! Alpine forests, prayer flags, a glacier lake and a high pass at 5000m concludes a lung and leg busting race. It’s a race that all must try once, the scenery, landscape and views are mind-blowing.

The Yading Kora Ultra also takes place on the same day as the SKY race and takes in the Kora pilgrimage route over 46km – the finishing section is the same route as the SKY race.

Athletes to look out for over the weekend taking part in one or multiple events are as follows: