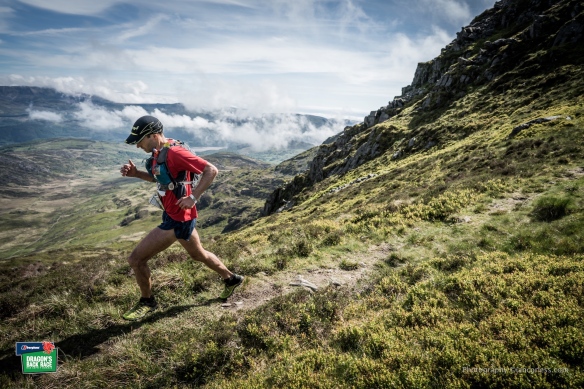 At Cnicht (the first summit of the day) the weather started to clear around 1000 and then blue skies and glorious sunshine stayed with the runners throughout the day – on higher ground whips of cloud came in but it was a glorious day in Wales. 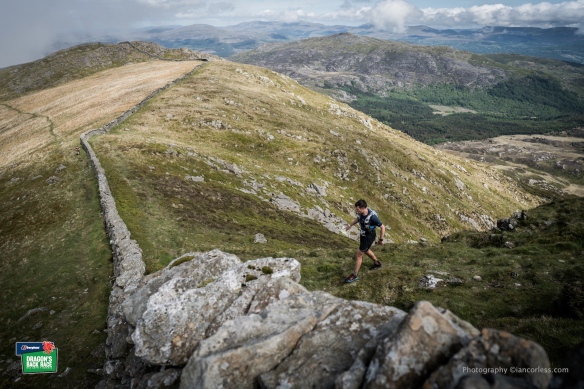 Descending and climbing from Cnicht, Moelyn Mawr was the next control and Jim Mann was slowly but surely reeling all the competitors in, having started last – the fox, he was chasing the rabbits.

Crossing the A496 road, Sabrina Verjee and Mann were taking a grip of the race, following on their day 1 performances with a confirmation they are in great shape.

Marcus Scotney, Neil Talbot and Jez Bragg were putting up a battle but Mann was just on fire. At the final summit, Diffwys, Mann descended like it was the beginning of the day, he ran fast and smooth and at the finish line he set the fastest time of the day – elapsed 15:20:25. However, Scotney who had started earlier was the first to cross the line, his elapsed time16:30:29. Neil Talbot 16:46:40 is holding off Jez Bragg in 4th. 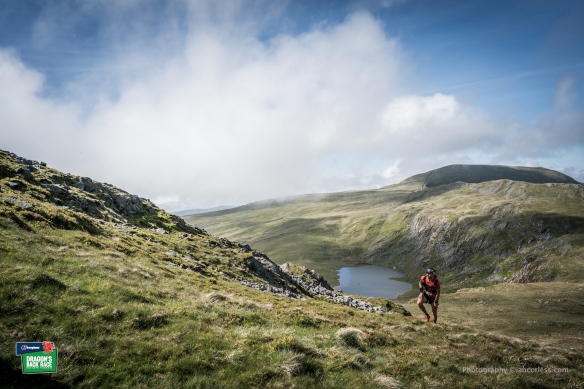 For the ladies, Carol Morgan and Caroline McIlroy put up a battle to Verjee and this resulted in McIlroy gaining time on Morgan, 20:21:52 to 20:22:27. The battle for 2nd lady is now very close with just 35-seconds between them – Verjee by contrast extended her lead, her elapsed time 19:45:08.

Image galleries will be uploaded to iancorless.photoshelter.com post race