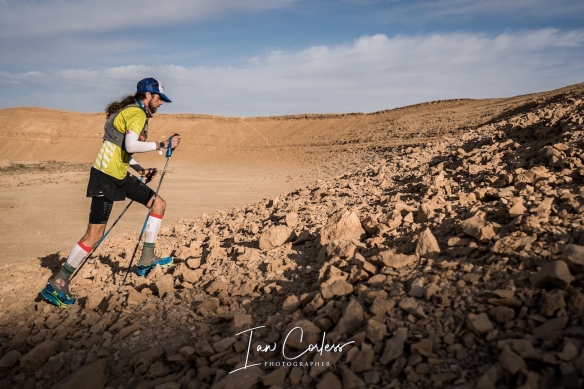 Mike slept like a baby last night! I have known Mike for years and we have often laughed at his typical 4-hours a night sleep… He was in his sleeping bag not long after 8pm after day-1 and then had the ‘best sleep ever!’

The first day of the #FKTIsrael had been a tough one – far tougher than Mike and the crew had anticipated. However, doing any challenge, nothing is guaranteed and to be honest, one has to expect curve balls. The secret is all about how you bounce back.

Day 2 was a planned 103 (ish) km and that was pretty daunting after a long day 1 covering just over 80km. The plus, there is always a plus! Was that the terrain today was considerably more runnable and in principal, would suit Mike. 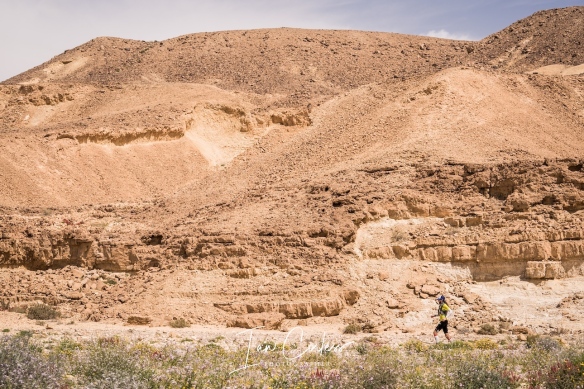 We immediately had a curve ball to the day! The ‘INT’ route early on passes through a military base and we were told late the night before that the route would be closed between 0730-0900. Bad news for any early start to make up time. However, it did allow the whole team more sleep. A plus for all.

Mike started his day at 0720 from the place he had finished the night before. It was clear, not only had Mike recovered well, he was motivated for the day. He started setting a good pace and maintained consistency, like a finely tuned metronome.

In contrast to day 1, the first marathon was relentlessly boring and featureless, a test for the mind as much as the legs and lungs. But Mike has an ability to switch off and get the job done. Today, we really witnessed why he is such a great ultra-runner.

Mile-after-mile clicked off and at each checkpoint he relaxed for 5-10 minutes, drank coconut water, ate avocado, hard-boiled egg whites, some Pringles, a little bread, hummus, vegetables and then he would fill his bottles and go. 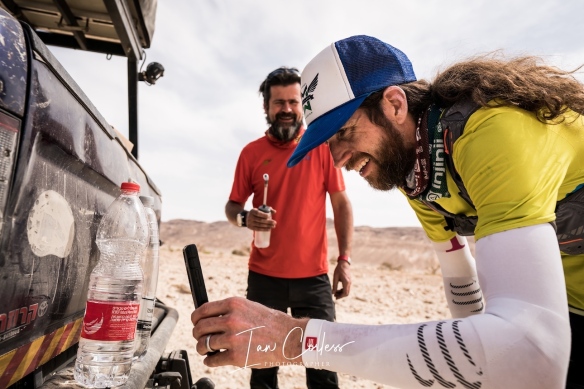 At one point, he received a call from home, greeted his wife and wished his kids a ‘g’day’ before they left for school.

The highlight of the day came at Vardit and Barak Canyons. These natural wonders are truly spectacular, no, mind-blowing. Here Mike was accompanied by Uri, a good-friend of Zoli’s and an ultra-runner. The main reason being for safety as there are many water pools that require you to swim, ladders, via Ferrata and other technical terrain.

Once out of the final canyon, it was flat miles all the way to the end. But Mike at no point lost pace or commitment. He was a man on a mission, and he completed the day in darkness before 20hrs (1945 tbc)  having completed the target distance for the day. The final section under strong winds and sand storms.

Mike impressed the whole team today, not only for his powers of recovery, his skill as a runner but by his generosity for all those who helped him, all those who said hello, and anyone who showed an interest. He is a true gent!