The 2020 Transgrancanaria gets underway at 2300 hrs this coming Friday. Runners from all over the world will race the length of the island taking in many of the sights and iconic places that make Gran Canaria such a desirable place for a trail running holiday.

The line-up this year is a hot list of talent and Jared Hazen and Pablo Villa are two hot contenders to shake the Pau Capell show. Villa rocketed up the elite rankings in recent years and notably won TDS with a consummate and dominant performance, if he shows this form in Gran Canaria, we will see an epic battle. A recent signing to the adidas Terrex team, we can expect to see Villa a great deal in 2020.

Hazen is a speed merchant and if one looks at the 2019 Western States, we see him squeezed between Jim Walmsley and Tom Evans for 2nd place and a super-fast time that would have normally won the race. He recently placed 5th at Hong Kong 100 which shows good form, the question will be how quickly he can climb and descend?

Dylan Bowman has been a tough time of late, but when on form, he is unstoppable. He excels in the mountains too, he has been 7th at UTMB and 2nd at TDS, if on form, Bowman can rock the Transgrancanaria podium.

Diego Pazos has placed 3rd at Transgrancanaria and a top-5 is a distinct possibility and if all goes well, the podium could beckon him. It would take a remarkable performance for him to win.

Gediminas Grinius has a great history with Transgrancanaria and has placed 2nd. Having run the ‘Grand Slam’ of ultras in 2019 his ability to last the distance is not in question, will he have the speed to push the podium?

PEIQUAN YOU, MATHIEU BLANCHARD, HARRY JONES, ROBERT HAJNAL, LUÍS FERNANDES, SANGE SHERPA and I will put my head on the block as a dark horse being, PETER VAN DER ZON. 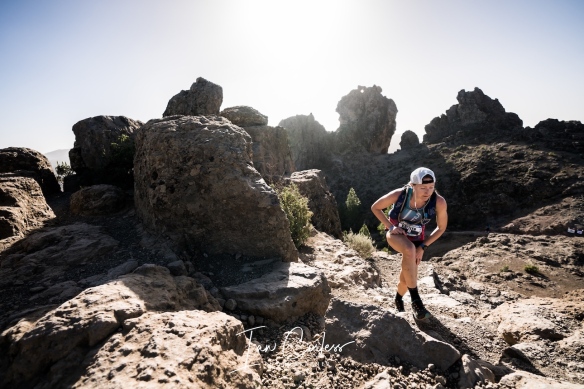 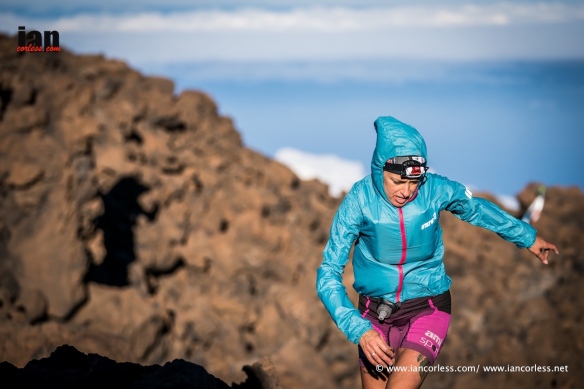 Azara Garcia has experience of Gran Canaria, she won in 2017! On her day, is one of the best in the world. As the tattoo on her leg says, she is the storm and she will bring it to the race.

Mimmi Kotka has excelled at 100km or less with victories at CCC and Mont Blanc 90km to name just two. However, above 100km she has struggled to get things right? On paper, she is a favourite for victory in Gran Canaria.

Audrey Tanguy won the 2019 TDS (and the 2018 edition) and that relates to Gran Canaria very well. She is a class act who manages to mix distances, terrain and speed. She is a hot favourite for the 2020 Transgrancanaria title.