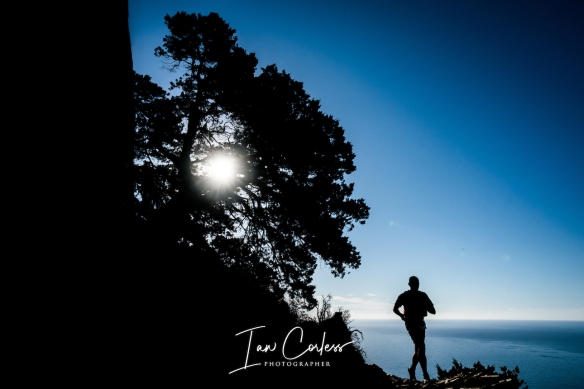 Ultratrack Supramonte, (UTSS) an outdoor event in the breathtaking landscape of the Supramonte of Baunei, considered one of the very few wilderness in Europe and the entire Mediterranean basin.

We will let you run on the paths of the shepherds, the true custodians of this harsh and wild territory, on the mule tracks overlooking the cliffs, built by the charcoal burners in the 19th century.

Sea, woods and a lot of rock, so hard limestone for the toughest trailers, but everyone can count thanks to the many distances of the race.

6am was the start to the 90km race. Spanish Isaac Riera (Top Ten in the CCC 2018) took an early lead and ran into the morning. Unfortunatly he fell and injured his thigh, so he had to withdraw at km30. After Isaac’s withdrawal, the strong Polish Runner Bartosz Gorcyca ran his own race. He increased the lead to his followers to impressive 2hours. He won in new Course record of 9h51min (old record: Nicola Bassi, 10h15). “I did not know how far the next runners were behind me. If I knew about the gap, I’d have slowed down” smiled Bartosz at the finish line. Behind him, Francesco Pompoli (ITA), Patrik Sondell of Sweden, last year 2nd place finisher Michele Lando and last year’s 43km winner Michael Geisler (AUT) fought over place 2 and 3. Positions changed frequently between Michael and Michele. “Michele was very strong uphill, but I catched him most of the time on the technical downhills” Michael said later. He had to pull out at km 60 due to Stomach issues. Michele had a nasty fall at km50 and had to slow down. Patrik and Francesco ran together for the whole race. They found a common pace and had a great day out in the Wilderness. At the end Patrik and Francesco finished together on second place. Then minute behind them also Michele Lando arrived at the finish line. Immediately after him, the first women arrived in 12:13:42. Corine Kagerer of Switzerland won the UTSS Sardinia the second time (she won also in 2017). Second place female goes to Norwegian Runner Abelone Lyng, who was super happy about her strong finish. Third place on the womens podium went to Ivana Bertasa of Italy.