A little rain is never a great way to start a day, particularly when you have 55km of tough, challenging and mountain terrain to get over – the Ultra Skymarathon Madeira, the next race in the Migu Run Skyrunner® World Series started today at 0600 from the town of Santana.

Hillary Allen had flown in from USA and after placing 2nd last year was looking for some sun and the top rung on the podium. Obstacle racing world champion and Skyrunner Series World Champion for the Extreme distance Jon Albon,  was looking for a little mud, colder temperatures and was more than happy with a little rain.

Weaving up and down mountains, around beaches, through dense undergrowth, up a riverbed and of course plenty of climbing and descending, the USM course is a unique one – It’s not an ordinary Skyrunning course!

The USM has a brutal start to the day, just 1km to warm up and then a climb of 1400m. Head torches illuminated the trail and light persistent rain followed the runners until they broke through the cloud – on the other side, blue skies and a different day. 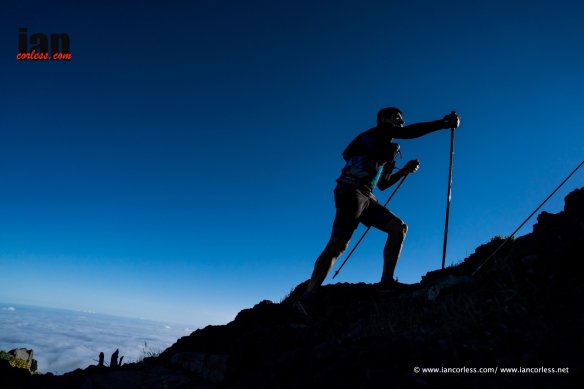 A section of via ferrata at around 6km was followed by a little descending and a final push for the highest point of the day. Aurelien Dunand-Pallaz from France was the first to arrive and yes, it was somewhat of a surprise. He was closely followed by Russian Dimitry Mityaev and Jon Albon.

For the ladies, Hillary Allen was making her presence felt with a convincing lead of Ekaterina Mityaev and then Anna Frost followed some time later.

Descending over the summit, the cloud inversion was clearly visible – the landscape awe-inspiring. It was quite special to see so many mountains and trails all above the cloud.

Running the ridges and several more climbing sections, the front of the race didn’t change until they returned to the coast.

A descent to the sea was followed by a steep short climb and then another descent which was followed by a section of riverbed littered with boulders. Albon made his move, the obstacle course world champion was in his element and he pulled away from the Frenchman with ease. At first opening a slender gap but on the steep climb that followed, the Englishman who lives in Norway but the hammer down realizing a course record was possible. Albon crossed the line obliterating the old record of 6-hours 28-second setting a benchmark 5-hours 45-minutes. 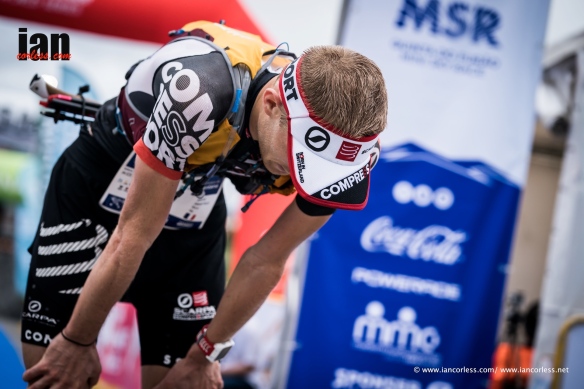 Allen’s wish came true – in the closing kilometers from the river bed, she extended her lead over the Russian and took top honors in 7-hours 4-minutes, her time just outside the course record. 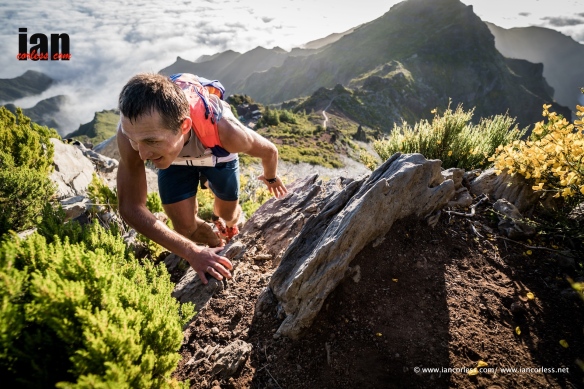 Mityaev placed 2nd but looked exhausted and dehydrated when she crossed the line – a great weekend double for her! The previous day she had won the Santana Vertical Kilometer. Frost was expected next but news came in she had withdrawn on the beach section therefore opening the doorway for Catalan runner Eli Bertran. Mityaev and Bertran finished in 7-hours 34-minutes and 8-hours 35-minutes respectively.

‘USM is one of if not the hardest race I have ever done. It was relentless terrain of ups and downs, the variety is incredible and I loved the river bed section,” said Albon. ‘This race is up there with my all-time favourites. I will definitely be back!’

Attention now turns to Lugano next weekend were the Migu Run Skyrunner® World Series continues with the Scenic Trail K113.