Trans D’Havet was the concluding race in the ISF European Skyrunning Championships. Following on from the VK and SKY race in Canazei last weekend, the 80km Trans D’Havet was always going to be a test of many aspects of human will and the power to dig deep and find something from within. However, little did we know how deep some people are able to go? 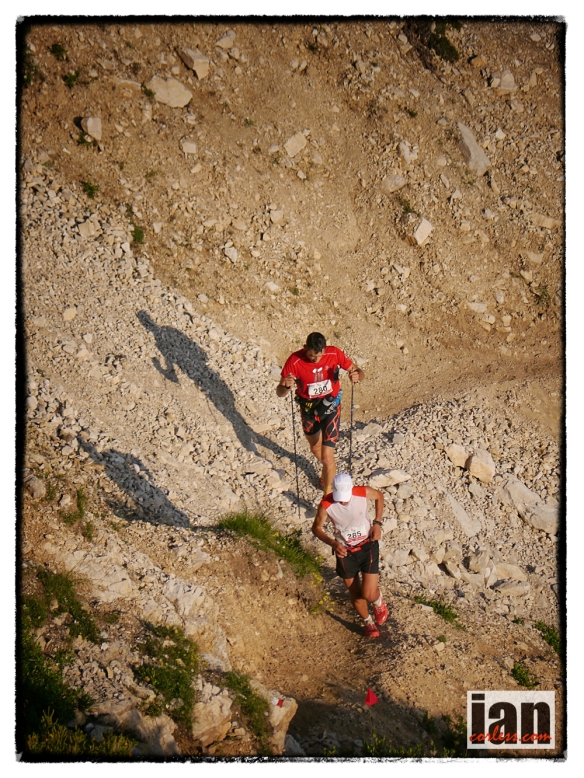 Runners assembled in Piovene Roccchette for the 0100am start. It was quite a site, local revelers were dancing and drinking while around them, lycra clad runners milled around waiting for the off. The arrival of Kilian Jornet, Luis Alberto Hernando, Nuria Picas, Emelie Forsberg and Philipp Reiter created some additional buzz as locals and participants in the race looked for a photo opportunity or an autograph.

With five minutes to go, it was already 27 degrees, it was going to be a very hot race! Missing from the start line was Luis Alberto; he had unfortunately received some devastating personal news. After some contemplation, he decided to run. Goodness knows what he felt like. Of course we can only guess and this is not the place to pursue that thought. With his decision to race confirmed, on the stroke of one, the masses disappeared into the dark.

The route is a spectacular one, which winds through the Piccole Dolomiti between the Veneto and Trentino Alto Adige on the Pasubio and Carega group. These mountains are the setting for some of the bloodiest battles in the First World War. Starting with 1000m altitude to Mount Summano the course goes up and down taking in, Forte Rione on Monte Novegno, Monte Alba and Passo Xomo. Taking in fifty-two tunnels that have total distance of some 6km the course offer much variety. With over halfway completed, runners pass Monte Cornetto and then the final big climb to the highest point of the course at 2238m, leaving the Passo Campogrosso runners climb to the Faccaroli refuge. From here the course looks to be downhill but 12km of ups and downs await before the finish line in Valdagno. 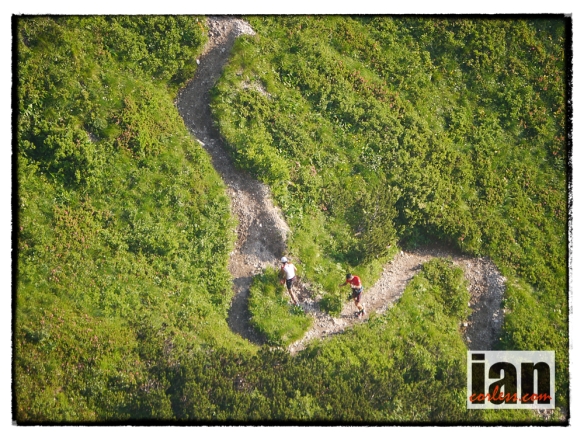 Luis Alberto and Kilian Jornet started together and finished together. Matching each other over every meter of the 80km course, it would maybe appear that a decision was made to race the rest of the field but not each other. They had occasional time gaps but that was more due to natural breaks and feed stations. Ultimately, the decision to cross the line together was the correct one, the statement made in the finishing straight said far more that any one individual victory. Today was ’really’ about trail and Skyrunning. Kilian has a photo book titled, ‘Trail running for me is not about running’ and today both he and Luis proved it. It was an honor to witness that moment. 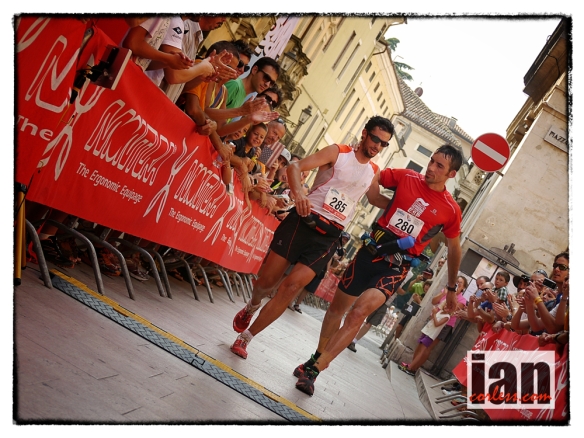 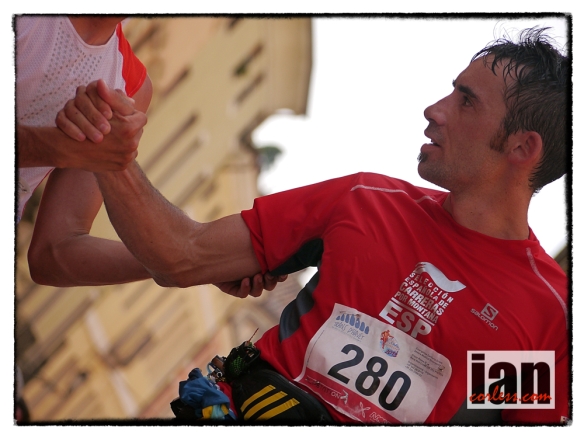 Csaba Nemeth from Hungry was doing a great job in the European Championships and his efforts paid off, his consistent pace and strong climbing in the growing daily temperatures secured him a third place. Podium prospect Philipp Reiter unfortunately had to pull out of the race after falling and damaging his knee.

The ladies race was always going to come down to a battle between Nuria Picas and Emelie Forsberg. Emelie has had a stunning 2013 and her calendar of late has seen her race multiple times and place 2nd at Mont Blanc Marathon, 1st at Ice Trail Tarentaise, 2nd at Dolomites VK, 1st at Dolomites Skyrace and then of course she was coming to Italy to tackle 80km’s with over 5000m+ of vertical gain and ascent against a fresh Nuria.

Emelie had a small gap in the early stages but as per usual, both Emelie and Nuria ran together again, on the final big climb from Campogrosso, Emelie had a two-minute lead and then extended that, continually pulling away. With the throttle open, the gap extended and she scored a convincing victory. Equally impressive, once again she placed 10th overall. 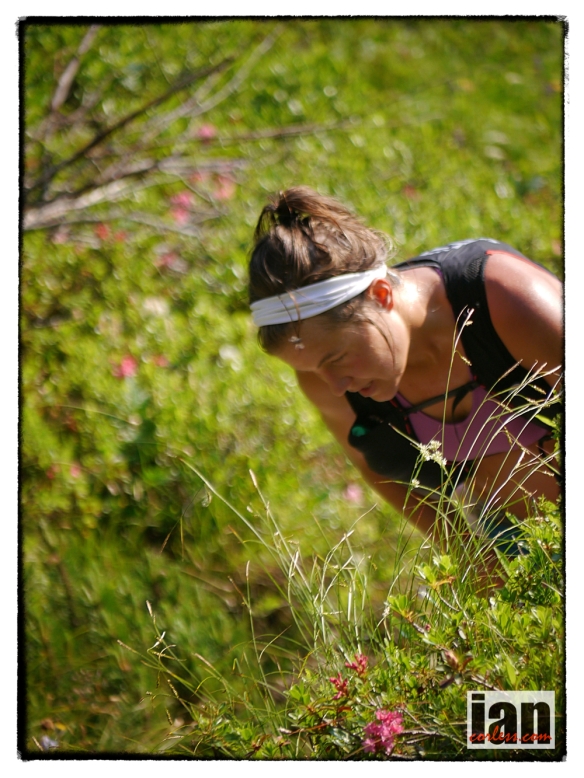 Nuria arrived in Valdagno and looked to be a spent force. The temperatures were now around the mid 30’s and the combination of heat and pace had cooked her. She said after the race. ‘The miles just didn’t tick past today. I had to push for everyone and it was a tough day’.

The third podium spot actually turned out to be an exciting battle. Taken by Uxue Fraile, less than a minute after Nuria, this confirmed the stranglehold by Spain both in the men’s and ladies events over the ultra distance.

The ISF Skyrunning European Championships have been a great success. We have seen some incredible racing over VK, Sky and Ultra and the locations, terrain and temperatures have been varied; what more could you want!

Full results and classifications of how the European rankings stand will be posted later today.