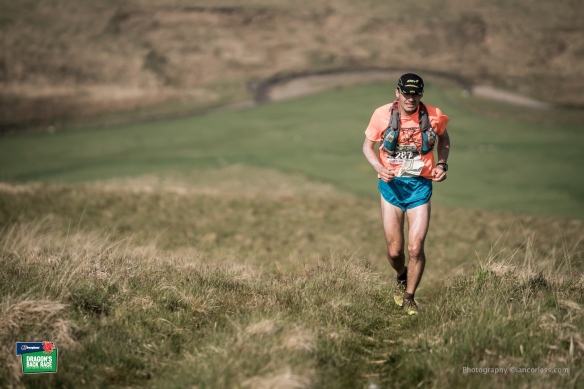 Mann on fire… reeling after navigational errors, giving away a ridiculous amount of time and losing his first place, today Jim Mann left camp at 0730 with just one purpose, ‘make them chase and make them chase hard!’

Mann set off at a ridiculous pace and despite a day of sun and high temperatures (25-degrees) he pushed and pushed breaking splits for his 2015 winning time. On the rolling terrain he rarely walked, constantly switching from running to fast, hands-on-knees hiking. He crossed the line for the 71km’s in 7:03:26. The question was, what would Marcus Scotney do? 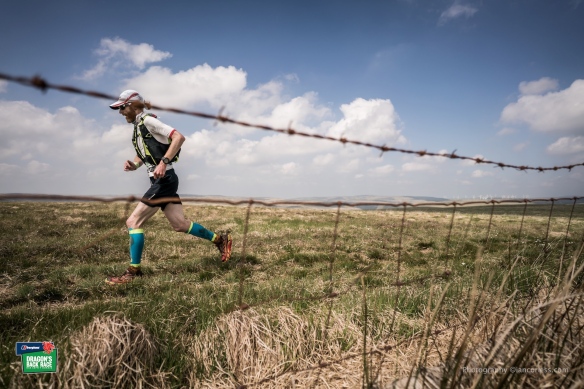 The rolling terrain suited Scotney today allowing him to use his running prowess to stretch his legs and hopefully protect his lead on Mann in second. At all times he looked relaxed and focused. However, after the midway point, it was becoming clear that Mann, really was on fire. Scotney pushed to the line and crossed in 7:21:26.

Mann had almost done the impossible in clawing back his first place… wow!

Or should I say, IT WAS going to be epic.

Post race, it transpired that Mann once again made a navigation error – he missed a ‘mandatory’ route.

The ‘officials’ have checked the route Mann took and have compared times and splits in comparison to race leader Scotney. It transpires that this section and route was actually slower than the mandatory route and that no advantage was gained. However, the officials have issued Mann with a ‘strike’ – he now has two! Should he get a strike on the last day he will be disqualified from the race. The whole situation was discussed with Scotney and no time penalty will be given.

Scotney however has gained a knee injury in stage 4 and it now looks unlikely he will be able to race the fifth day of the race, he has said he would like a ‘Dragon’ and should he start the last day it will be to complete!

For the ladies, Sabrina Verjee had a tough day battling heat and dehydration and crossed the line in 9:51:25. Whereas Carol Morgan had a game changing day crossing the line in 9:14:18 – this eradicated much of the time gap Verjee had built up over the first three days, moved her up into 2nd place and leaves her just minutes from a potential 2017 victory. 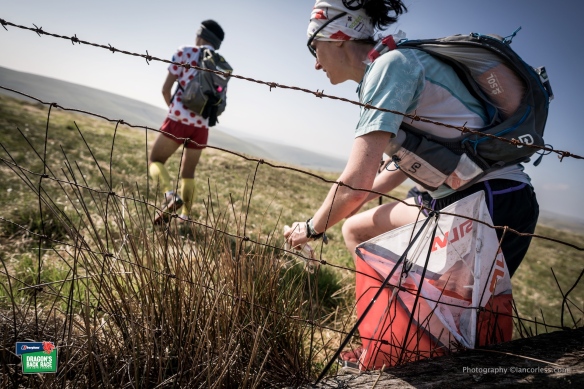 Adding to the ladies mix is Caroline McIlroy who crossed the line in 9:24:09. She has spent much of the week in second place and now she is in third after Morgan’s impressive run. With just fifteen minutes between the top three ladies, the last day is going to be a tough one!

Verjee will start at 0800 on the last day and then Morgan and McIlroy will start with the time differences to first – the first lady of these three on the day 5 finish line will be the 2017 champion!