Nuria Picas was looking to defend her ‘home’ crown in a race that she has won for the last 4-years. Luis Alberto Hernando, champion in 2013 and 2014 was returning looking to make it a triple but more importantly the Skyrunner® World Series title for the ultra distance was at stake. Add to the mix Kilian Jornet and Emelie Forsberg, the last time the duo raced here in Baga was 2012. Kilian won that year ahead of Anton Krupicka and Dakota Jones, Emelie placed 3rd behind Nuria Picas and Anna Frost.

Starting at 0700 in the center of Baga, one has a full appreciation of how important running has become in Spain and I guess more importantly here in Catalonia. Kilian and Nuria are as important if not more important than football stars here in this part of the world. Autographs, photographs, shaking hands, pats on the back and the noise; wow the noise is incredible! Yes, they are the ‘Messi’ of the running world in these parts.

The day was always going to be one full of drama and battles. We had a race within a race and as such one had to keep an eye not only on who was running in the top-3 but also who was running in the top overall rankings. Coming into Ultra Pirineu Franco Colle was 1st in SWS rankings followed by Cristofer Clemente in 2nd and Luis Alberto Hernando in 3rd. It was all up for grabs. For the ladies the battle was relatively straight forward; if Emelie won the race she would be SWS champion. If Mira Rai won the race, she would become champion.

From the gun Emelie made her intentions clear and took hold of the race from the front and it stayed that way for the whole 110km. Although the story changed a little behind the dominant Emelie, the writing was on the wall; Mira Rai would place 2nd and Nuria Picas would place 3rd. At times Mira looked to close the gap and then it would extend whereas Nuria looked resigned to a solid 3rd place.

The men’s race was a little more unpredictable! I say unpredictable but in all honesty, did we (I) ever think anyone other than Kilian Jornet would win the race? I know I shouldn’t say that; anything can happen in 110km but barring an accident or some unforeseen problem, I really didn’t see any other scenario playing out. 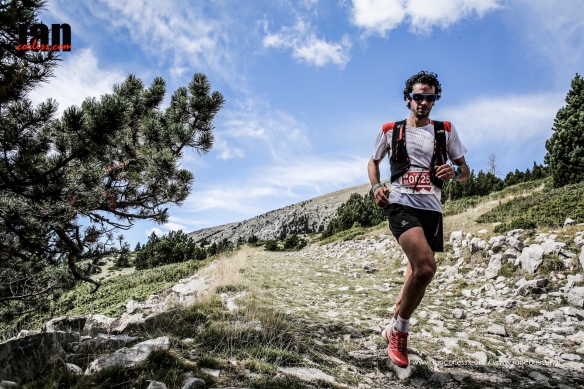 In the early stages Jessed Hernandez, Miguel Heras and Zaid Ait Malek accompanied the Catalan over the undulating terrain. Kilian always looked relaxed and in control. The protagonists changed at the front of the race, Miguel and Zaid would take a turn to pace and all the time Kilian would run in 2nd keeping his powder dry. The elastic finally snapped with Zaid and Kilian taking the front and opening up a gap over Miguel.

Behind the lead trio a battle was unfolding. Franco Colle SWS leader coming into the race dropped with sickness; his 2015 SWS chances over! Cristofer Clemente was running in 4th and Luis Alberto Hernando clearly tired from his 2nd place efforts at UTMB just 3-weeks earlier was running in and around the top-10 battling to win the SWS title.

Miguel didn’t give in though, he found some internal strength with 85km’s covered and closed the gap to then take over the lead with Kilian as Zaid faded. Over the final km’s, Kilian put his foot on the gas on one of the final climbs and quickly opened up a 6-minute gap over Miguel. The writing was on the wall, Kilian would win the 2015 Ultra Pirineu and he would be welcomed by a home crowd like a long lost son.

Behind the drama unfolded, Zaid refused to give in. He once again caught Miguel and this time pulled away and never looked back. He finished 2nd and produced one of the most impressive display finish line antics I have witnessed. Miguel took the final podium place and then attention turned to the SWS ranking. 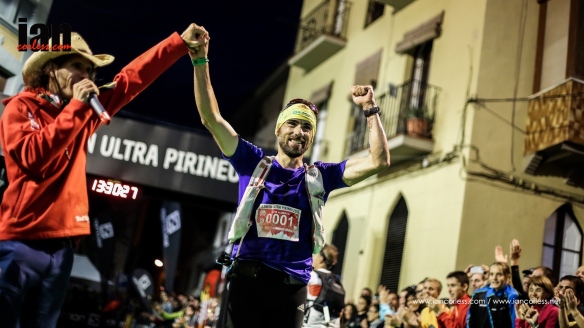 Cristofer Clemente finished 4th and Luis Alberto Hernando had to finish in the top-15 to take the SWS crown; he did it! It has been quite a year for Luis. A series of high ranking victories and podium places, 2nd at UTMB, Skyrunning European Champion and now the 2015 Skyrunner® World Series Champion. Bravo!

Attention now turns to Limone Extreme for the respective SWS titles in VK and SKY.