Kilian Jornet takes back the record at the Kima Trophy with a supreme effort. Equaling the record of Mario Poletti, Kilian took his fourth title after missing the race in 2016. Hillary Gerardi followed her victory in Tromso with another incredible win proving that she is the woman to beat on technical courses!

The 23rd edition of the Kima Trophy that will be remembered amongst one the most beautiful ever after overnight rain cleared to an amazingly beautiful cold day. However, temperatures were cold due to strong winds and ice was present on the course. The race director Matteo Colzada and his staff checked the various critical points on th ehigh passes and postponed the start but to the relief of all the runners, the full route was allowed.

Kima has 52 technical and very challenging kilometers with 8,400 m of total height gain and loss with 7 alpine passes all above 2500m (maximum altitude Cameraccio 2.950 m).

Already winner of this race and record holder before the Nepalese Bhim Gurung beat it (6h10’44 “), the star of Team Salomon ran with Alexis Sevennec for much of the race. The two raced shoulder to shoulder until the final descent, a real 2000 meters dive from Passo Barbacan to the village of San Martino. Here Kilian launched a winning attack, an attack that allowed him to cross the line in 6:09:19 beating the 06;10:44 mark set in 2016.

Alexis Sevennec 2nd in 6:11:59 was a popular favourite and rounding out the podium was Transvulcania winner, Pere Aurell in 6:20:50. 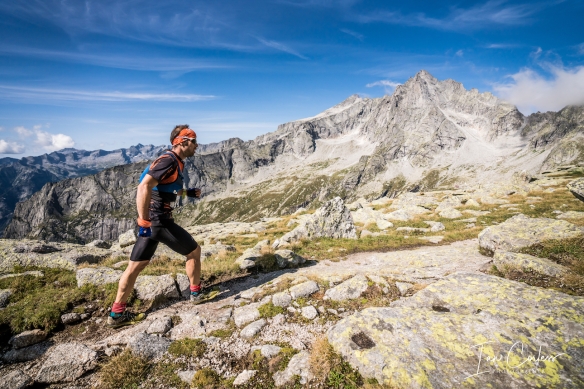 Hillary Gerardi, did not beat the record of 7:36:21 set by Nuria Picas in 2016 but she produced an outstanding race, following up victory in Tromso. On the first descent towards Bocchetta Roma, Ragna Debats had tried to make a difference and close the gap, but Hillary was too strong. In the high altitude crossing, Hilary pulled away with a slender 5-minute lead, chased by Jasmine Paris, Brittany Peterson, Robyn Owen and Martina Valmassoi. Ragna was unfortunately suffering and dropped back. 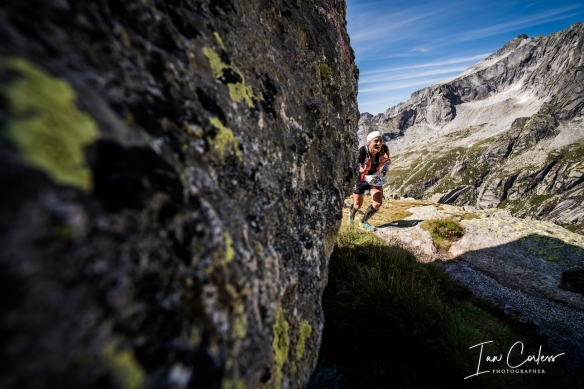 At the end, the South African, Robyn Owen tclosed on the leadership, but Hillary kicked and came back and won in 7:37:29. 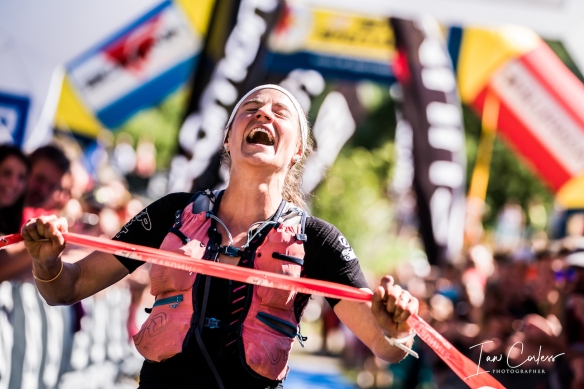 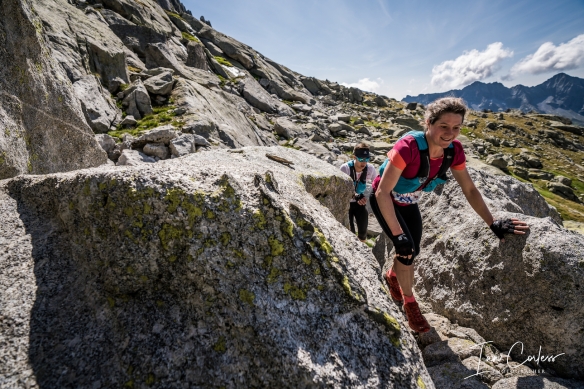 The American Brittany Petterson, who had been in 2nd at the midway point, and the Italian Martina Valmassoi followed to round out the top-5! 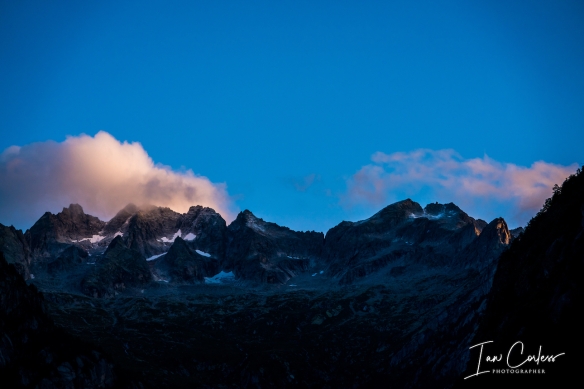 The current edition of Trail Running Magazine has several pages of my work. Pages 8 and 9 have a double photo feature on the Everest Trail Race featuring Francisco Salas and Llius Puig.

Page 13 also features the launch of Skyrunning UK and the announcement of the 3x3Ultra. 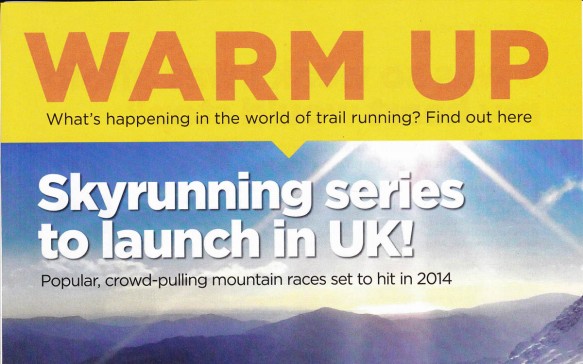 Check out Issue 18 of Trail Running Magazine (Feb/Mar 2014) which also has a great feature on Kilian Jornet and Emelie Forsberg. Guest editor is Lizzy Hawker.