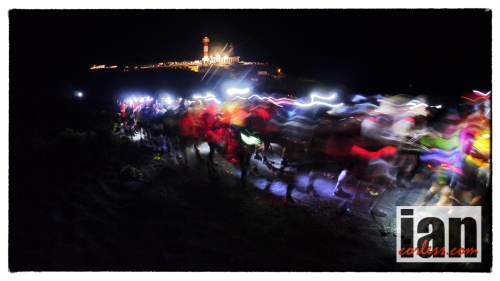 Dakota is back! But so are Kilian and Emelie, Anna Frost, Luis Alberto Hernando, Sage Canaday and Timothy Olson…the star-studded cast doesn’t end here however! Read the press release by the ISF on the up and coming, 2014 Transvulcania La Palma. 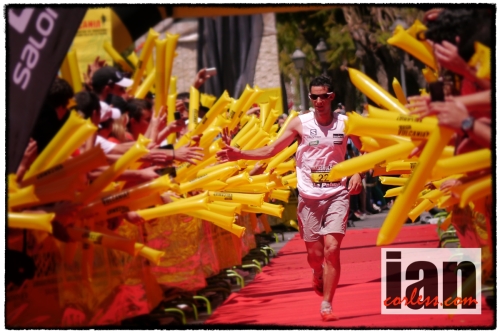 The Transvulcania Ultramarathon on the Spanish island of La Palma has made quite a name for itself.  Just a small speck in the Atlantic ocean, the race chosen to launch the Skyrunner® Ultra Series in 2012 has grown to represent a hub for many of the world’s top ultra runners, and has never looked back. This year, a Vertical Kilometer® up the gruelling downhill, gives a new twist.

Sage Canaday (Hoka One One) 3rd last year, arrives fresh from his second win at Tarawera in New Zealand and is joined by Timothy Olson (TNF) 4th, who successfully started off the season with a third place at the recent Transgrancanaria.

The strong American line-up doesn’t end here, but first, let’s take a look at the other big-league Spanish runners:  Luis Alberto Hernando (adidas), always a podium placer, he crossed the line hand in hand with Kilian to share the gold at the European Championships and moved on to win Cavalls del Vent.  The question is, can he pare down those 4’ that separated him from Kilian last year?  Tofol Castanyer (Salomon), 2nd at Cavalls, Agustí Roc (inov-8) three-time SWS champion and Jordi Bes (FEEC),CCC winner, join the mix.

From France – UTMB winner Xavier Thevenard (TNF), 11th in 2013, is no doubt looking to move up for a podium spot;  Patrick Bringer (Sigvaris Sports), 5th, is making a determined come-back, together with Martin Gafurri (New Balance) 19th and a great top-10 at Tarawera recently and first-timer Sylvain Couchaud (Mizuno), 4th at the Mont-Blanc 80K.

Among the top ranked talent, Germany’s Philipp Reiter (Salomon) finished an excellent 12th last year, despite illness, and Florian Neuschwander (16th ISF ranking) who, like many other first timers, will fulfil a dream running this iconic race.

From the UK, an array of impressive newcomers to the race: Tom Owens (Salomon), 2nd behind Kilian at Kima 2012, is up and running after a year-long lay-off. Ricky Lightfoot (Salomon), 2013 AIU Champion and 2009 Zegama winner is joined by Stu Air (SCOTT Sports) and Robbie Britton (inov-8).

From Italy, Giuliano Cavallo (Salomon) 9th in 2012, returns after a year’s absence from running, together with Fulvio Dapit (Crazy Idea), a consistently top performer in the Sky distance over the years, he now moves up to tackle his first 83K. 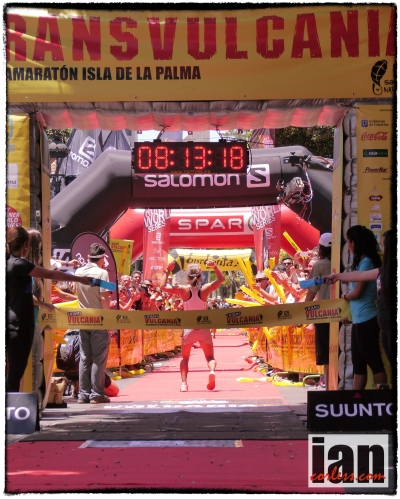 The women’s field too, represents the deepest in the five-year history of the race with new competition coming from across the Pond. The stacked field is headed by Salomon’s Emelie Forsberg and Anna Frost, respectively 2013 and 2012 winners. Nuria Picas (Buff) UTMB (2nd) and Cavalls winner, after a hard-fought 2ndplace last year, she returns with a victory from the recent Transgrancanaria under her belt.  Look out for Emma Roca (Buff), 3rd at UTMB, and Uxue Fraile(Vibram) 3rd here, another Spanish talent who is steadily but surely racking up the podiums. 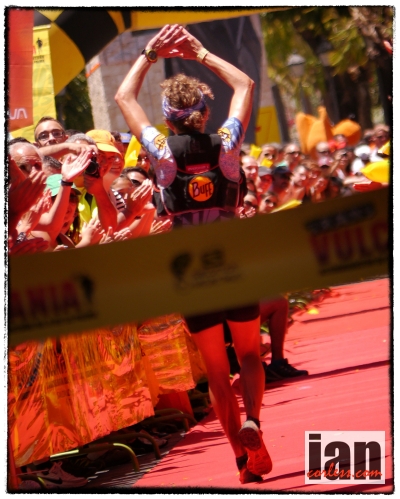 Italy’s young star Silvia Serafini (Salomon), 4th on the ISF Sky Ranking, has set her sights on the longest race of her rocketing career.  Also from Italy, Federica Boifava, 5th at the European Championships and new talent Alessandra Carlini, 2nd  in the Mont-Blanc 80K.  From France, Aurelia Truel (2nd IAU and 3rd at Les Templiers and Maud Gobert, 6th here in 2012. 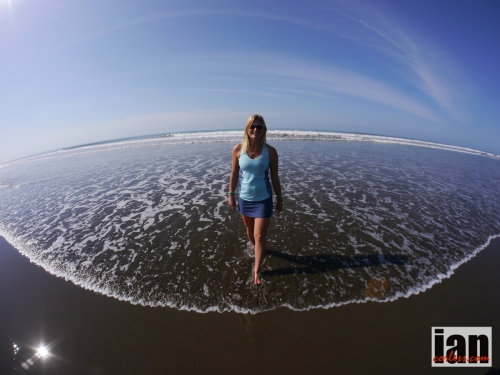 From Japan, Hiroko Suzuki (Salomon), 2nd at UTMF last year, may find the distance a little short and the elevation a little high for her long distance running skills.

The Ultramarathon presents a daunting 8,525m ascent and descent over the 83 km course, which starts at sea level on the Atlantic coast and travels along the island’s backbone to the summit of the volcano at 2,423m before descending again to the sea and finishing in the town of Los Llanos.  The records to beat are:6h54’09” Kilian Jornet (2013) and 8h11’31” Anna Frost (2012).

The Vertical Kilometer® ascends the steep cliff face from the sea front at Tazacorte for 6.6 km single track with a 40% incline before settling into a “flatter” final section to finish at 1,160m altitude.  The overall incline averages 30%.

Brothers Bernard and Martin Dematteis and Oscar and Marc Casal (Race Land) also stand out in the men’s field.