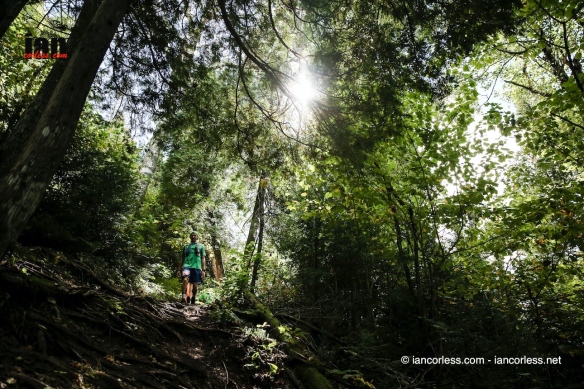 Rocks, roots, a rollercoaster of hills and all with the stunning Lake Superior for company – Superior 100 is a tough race. It’s a point-to-point race and I like that, no contrived loops, no lefts and rights to make up miles – Superior starts and finishes in two completely different places providing those who take part a wonderful journey that leads towards the Canadian border.

The route doesn’t suit someone who likes consistency, this race throws everything at its participants and it’s all the better for it.

Runners return year-on-year, it’s like long lost family members who spend a year apart coming together annually for a coming together of mind and body. It’s a unique family and one that I am privileged to have been part of on many occasions.

I too look on my time at Superior as coming home.

It’s a unique race and one that harks back to the early 90’s when 100-mile races numbered single or maybe ‘just’ double figures. It doesn’t quite have the history of Western States but it comes close. It is the brainchild of Harry Sloan and over the years it has developed and grown, it was even called Sawtooth 100 at one time reflecting the small and relentless climbs that run along the North Shore. Of course not every one can or wants to run 100-miles and therefore over the years a 50-mile and marathon distance race was added – they all take part on the same route reflecting the midway and final 25% of the course.

The 100 starts at Gooseberry State Park and concludes at Lutsen Mountains – a key feature of the race is the undulating and technical nature of the route with stunning views and vistas. Think of a scene from Sleepy Hollow and you won’t go far wrong!

As anyone who has experienced the race will tell you, Superior is also about the aid stations and volunteers that make the races so memorable, in particular the Immerfall Family who have inspired me ever since my first introduction and of course my good buddy Kurt Decker and the final ‘TC’ aid station with great food and rocking music.

The race is now under the control of John Storkamp and his team and what a stunning job they do.

The 100 is arguably the flagship race and starts 0800 Friday September 8th. It’s not an easy route and I am pleased to say includes little or no road. It’s an out-and-out trail run over some gnarly terrain. Elevation gain and loss is substantial with almost 4000m of up and down – that is half of Everest! An allocated 38-hours provide the 250+ entrants a fighting chance of arriving to glory and a hand-crafted wooden medal in Lutsen. To give an idea of how loyal runners are to this race, 40% of the field are returning competitors.

Superior 100 is about achieving goals and everyone coming together in the hope that they will have a 100% success rate. Of course, this never happens – 100 miles is just too tough and too unpredictable. As in any run, a race will take place, notably, Frank Pipp and Mallory Richard, champions in 2016 will not return, the likely contenders for victory are as follows: 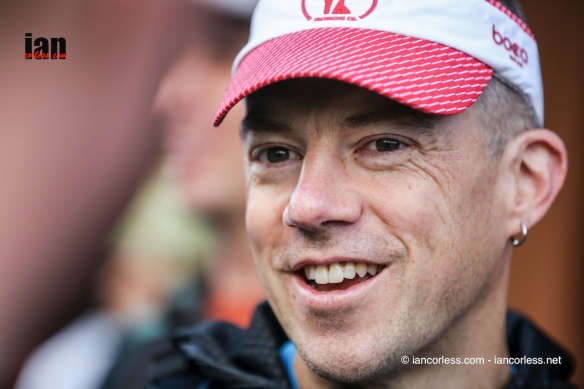 Five time finisher and five times in the top five make Adam Schwarts-Lowe a hot favourite for victory in 2017. He has won the race once and he then provided a masterclass of 100-mile running, slowly hunting down the early leaders to take over on control in the final 25% of the race and glynch a long awaited top of the podium.

Neal Collickhas one 100 mile finish to his name (as far as I know) and this was in 2016 at Javelina Jundred with a 5th place. He ran Superito 50k in earlier this year and placed 3rd and recently won Minnesota Voyageur 50.

Mick Jurynec has run Western States, has won Bear 100 twice, placed 8th at Hardrock and placed 2nd at Zion 100, so, he knows the distance and mat well be Schwarts-Lowe’s biggest rival?

It’s rare that 100 rookies can win, especially at Superior. However, two names to watch will be Matias Saari and David Hyopponen. Saari won Angel Creek 50 in July and Hyopponen is showing no results for 2017, in 2016 he won Surf the Murph 50.

Brian Klug is a hot-tip from TC Running Companies, Kurt Decker – Klug has been 3rd and 6th at Superior before.

Tina Johnson has won 100 and placed 2nd at two other 100’s this year. The last race being Black Hills in June. That is a good thing, recovery and fresh legs should be a problem, neither will endurance. Based on these results, she has to be a odds-on favourite for the win.

Jennifer Doias comes to Superior 100 for a first-time experience. She has been running ultras since 2007 and has a sting of successes at 50-miles and 50k. In 2010 she ran her first 100 and placed 2nd. Her last 100 was Ozark with a 7th place, so, the form looks good for a podium shot in Lutsen.

Kristy McBride just ran 23:42 at Western States and in June 2016 won Kettle Moraine 100, so, without doubt she is a podium contender in Lutsen.

Gretchen Metsa is another 100-mile rookie but has experience – a dark horse?

Susan Donnelly comes to Superior as one of the most experienced runners out there, she has won the race in past editions and completed sixteen times.

Last year she placed 4th and can never be ruled out. She loves to race! Take a look at her list of results on Ultrasignup, it’s pretty mind-blowing. Less than 1-month ago she completed Bigfoot 200 – ouch! In 2017 alone she has already run six 100’s and placed 4th, 4th, 1st, 5th, 5th and 17th respectively.