The North Face® Transgrancanaria has become a real challenge for all the ultra race lovers. This Saturday 2nd March 2013, at midnight, one of the most anticipated ultra trail events in Europe will begin. Each year, more and more people come from all over the globe to Gran Canaria to face this race, now established as one of the most renowned mountain races in Europe. 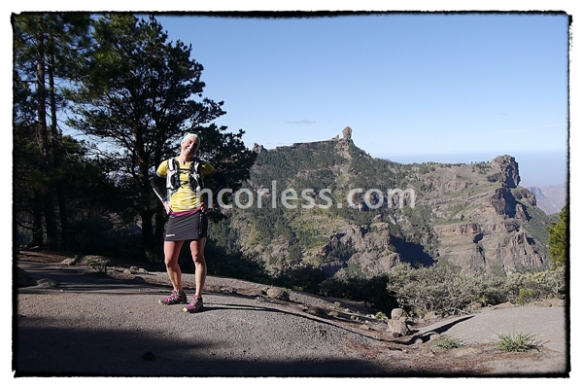 This ultra trail race, which besides will be marking the start of the great European season, celebrates its 10th anniversary and once more Gran Canaria will turn into the meeting point for the best ultra trail runners in the world, for whom the diversity of the landscapes and the sheer spots of the island make the race even more attractive. Among the great events of that kind that take place over the world, The North Face® Transgrancanaria is internationally well known for its complexity.

Some of the most famous professionals taking part in The North Face® Transgrancanaria 2013 are: Sebastien Chaigneau, current champion of the event, and other runners of his kind such as Ryan Sandes, Miguel Heras, Gustavo Reyes, John Tidd, Zigor Iturrieta, Philipp Reiter and Carlos Sa, all favourites to achieve the title.

Additionally, a real ultra trail legend will participate in the race, the Italian man, Marco Olmo, who keeps running the most difficult races at the highest level at his 64 years old. Others top runners such as Aitor Leal, the Llorens Brothers, Emelie Forsberg, Nerea Martínez and Julia Boettger, will attend the race, as they always do.

They all have the same goal to face the Nature and push their limits to their ends, challenging the mountains of the island to become the champion. Pablo Criado, Santiago Obaya, Chelis Valle, Lidia Gómez, Nuria Domínguez and Marta Prat are also some of the Spaniards that confirmed their participation. On the other hand, Yeray Durán, David Lutzardo, Carlos García, Evaristo Almeida and Esteban García, among others, will represent the Island. In the women category, the runners Esther Fernández, Diana de la Rosa and Yurena Castrillo, among others, will do the same.

The high level and motivation displayed each year by the hundreds of runners from over 30 different countries (such as Japan, France, Turkey, South Africa or USA) when taking up the challenge of The North Face® Transgrancanaria, together with the spectacular nature of the race itself provide the event with a great dose of emotion and competitiveness. That’s why the event can only bring surprises and experience that all participants, as well as the public attending the race, will remember.

The North Face® Transgrancanaria got to strengthen its commitment to society, doing its best so that the participation to the race grew bigger each year and also making possible for runners of all ages and conditions to take part. The children’s and junior categories were thought to get all the family involved in the project and to teach to the youngest ones the Sport and Nature values. 400 kids between 6 and 17 years old will run among the Kid, Infantil and Junior categories

This is the second consecutive year in which people with physical, mental or sensory impairment can participate in the Transcapacidad race. This race had a great reception and high turnout last year.

The increase in the number of participants to the race leads to an increase in the number of visitors who come to Gran Canaria to take part in The North Face® Transgrancanaria. This confirms that the event is an excellent way to promote the fact that Gran Canaria is a many-sided destination that counts with a great variety of landscapes that go from the coast to the mountains and that provides its visitors with a wide offer of leisure activities.

The North Face® Transgrancanaria is sponsored by The North Face®, Patronato de Turismo and Consejería de Deportes del Cabildo de Gran Canaria, organized by Arista and will be held with the co-production of Overstim, Sonocom and Loype, and the support of some companies from Gran Canaria.

Sébastien Chaigneau was born and brought up in the ‘flatlands’ of France (La Vienne) and from an early age he heard the call of the mountains, and he looked for the limits of the far horizon.

Zigor Iturrieta is one of Spain’s best mountain runners. He was born in Guipúzcoa, Basque Country. He has travelled around the world from race to race enjoying a long running career already at the age of 36.

In 2009, he participated in six races including a win at the Copa de Euskadi. This was the year he entered the world of ultra trail running – with great results: 4th in the Travesera Integral of the Picos de Europa, 5th in the Vent Cavalls, and 9th in the Ultra Trail Aneto.

2010 was one of his most successful years. Taking part in four races and three ultra trails, he premiered at the eighth edition of The North Face® Ultra-Trail du Mont-Blanc® where he reached podium 3rd place with a time of 21 hours and 6 minutes. Zigor achieved first place win at The North Face® Transgrancanaria 2011 in Gran Canaria.