Ryan Sandes has just set a new record for the Fish River Canyon in Namibia. 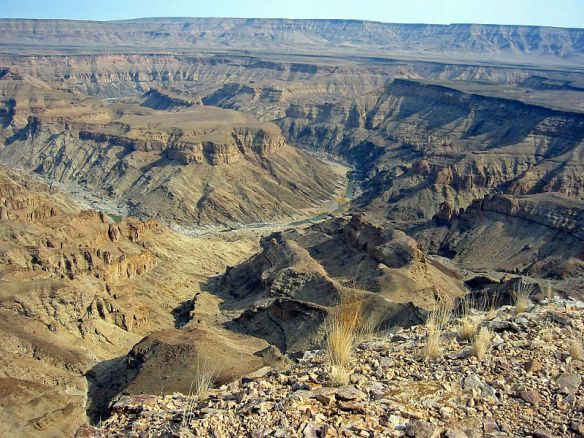 Ryan had to abandon his Fish River Canyon Trail Run record attempt in 2011 due to heavy rains. The record for the 85km trail run was originally set on the 13th of July 1990 by South Africans Ronnie Muhl and Bruce Matthews – both seasoned Comrades runners – in a time of 11hrs 42min. It was then beaten by 3 Namibian locals Russell Paschke, Charlie du Toit and Coenraad Pool on the 16th of August 2003 in a time of 10hrs 54min.

Not liking to be beaten, Ryan decided he would have another go at the record in August 2012.

Charlie du Toit is quoted as saying  “This canyon is not for the faint hearted and an attempt to run it should not be taken light heartedly”.

Ryan had this to say:

“I know this challenge is going to extremely tough, especially coming off the back of my running the Western States 100miler in the USA at the end of June, but I can’t wait to get back into the canyon. The record attempt will be filmed by the African Attachment / Wandering Fever so I will keep everyone posted on where and when you can watch it,”

The Fish River Hiking Trail starts at Hobas and ends 85 kilometres (53 mi) further south at Ai Ais. The trail has no facilities and hikers usually fast pack through in 3 to 5 days. Ryan completed the trail in an impressive time just sneaking under 7 hours with a time of 6:57.

Due to flash floods and high summer temperatures which frequently exceed 45°C, the hike is only open in winter. The season starts 1 May and ends 15 September (winter time in the Southern Hemisphere). 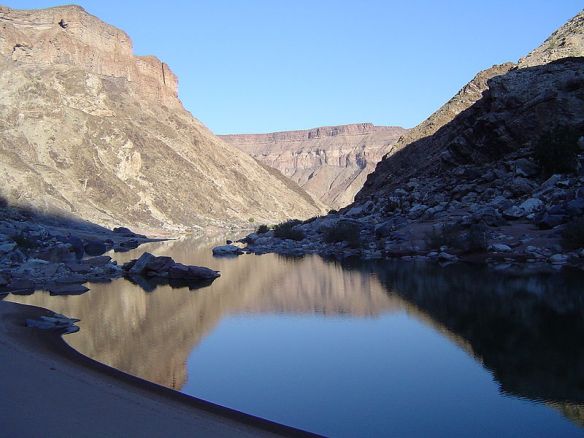 The Fish River Canyon is located in the south of Namibia. It is the second largest canyon in the world and the largest in Africa, as well as the second most visited tourist attraction in Namibia. It features a gigantic ravine, in total about 100 miles (160 km) long, up to 27 km wide and in places almost 550 metres deep.

The Fish River is the longest interior river in Namibia. It cuts deep into the plateau which is today dry, stony and sparsely covered with hardy drought-resistant plants. The river usually floods in late summer; the rest of the year it becomes a chain of long narrow pools. At the lower end of the Fish River Canyon, the hot springs resort of Ai-Ais is situated.

Upstream the river runs through horizontal dolomite strata. These strata formed part of the canyon about 650 million years ago when plate movement cracked the earth, the first process in the formation of the Fish River Canyon.

Lower down, a granite complex system is exposed to form a characteristic river bed that results in forms like Fingerspitze. In this area, a fault runs north-south, which accounts for the gorge-like channel and the presence of hot sulphurous springs.

You can read more about Ryan here

Information on the Fish River Canyon is available here