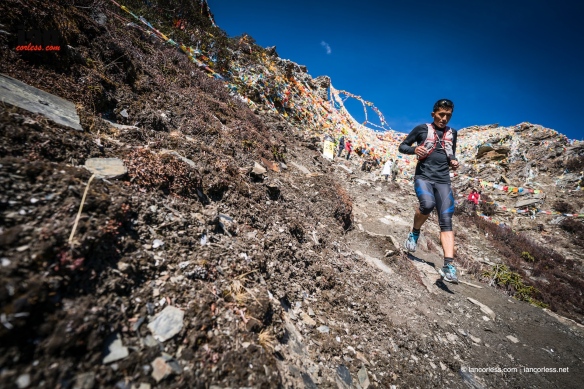 Skyrunners Get High In China

Yes, Skyrunner’s got high in China with a personification of racing in the sky – 4700m to be exact!

Staring in the centre of Yading’s Shangri-La the race started at 0700 with a gradual downhill to ease the legs and mind into a gruelling day amongst some of the finest trails, mountain and sky that China has to offer. After 3.5km, the race will hit the lowest point – 2860m! To place this in perspective, most races in Europe ‘top-out’ at 2800m! From here, the only way was up – passing a small village, the race route hugs a single-track that weaves through the mountains and reaches the race summit at 4700m. Buddhist prayer flags make an iconic and memorable end to hours of climbing and what follows is a fast descent all the way back to Chonggu Temple and the finish line.

Yading is blessed with immense natural beauty, including the three sacred peaks (Mount Chenrezig, Jampayang, and Chenadorje) which loom over the National Park at an altitude of over 6,000m. From the 5th Dalai Lama through Joseph Rock this area has been a source of spiritual inspiration.

Featuring 22 races in 11 countries, the Yading Skyrun was a great start for the 2017 Migu Run Skyrunner® World Series. The pure ethos of racing in the sky was personified by this season opener. Skyrunning was grounded as a high-altitude sport in the early 90’s and now, some 25+ years later, Skyrunning reaches new heights – 4700m to be exact!

Yading, located in China’s Sichuan province provided a perfect arena for modern day running gladiators to battle amongst the incredible landscape and high-altitude that this area has to offer. 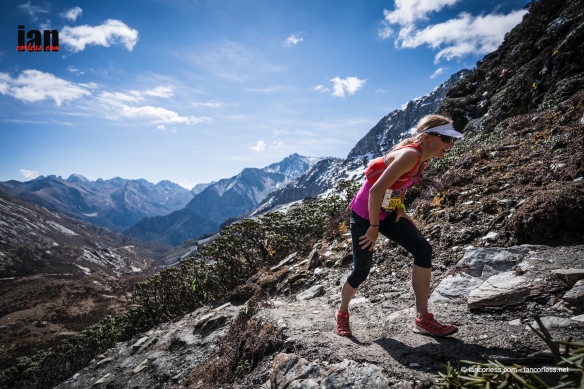 Megan Kimmel approaching the 4700m summit of the race.

The ladies race was all about 2016 Yading champion Megan Kimmel. She returned to China from her home in the USA and showed the competition a clean pair of heals in what was a strong and stand out performance that will most definitely have the completion looking at the calendar ahead and wondering how do we beat this outstanding performer.

“I loved China last-year when I raced here. The team at China Mountain Trails are incredible and the races they offer are unique. I live at altitude but here I get to race really high. Don’t underestimate the difficulty that this brings. I am very happy to kick-off my Skyrunning year with this victory.” 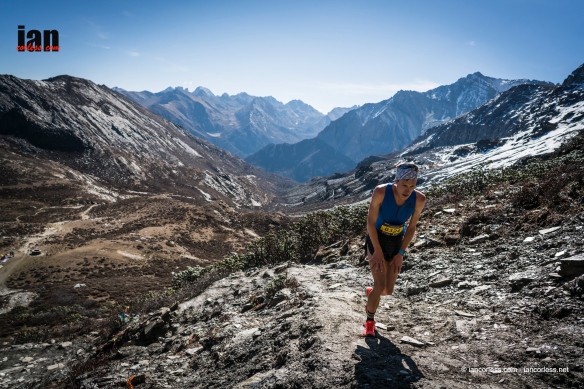 The men’s race was somewhat of a nail-biter and nobody could have predicted that Bhim Gurung would repeat his 2016 victory. USA based Andy Wacker (who placed 3rd in the previous day’s VK) lead the race at a relentless pace. At one point, he had opened up a large gap on the chasers – Pascal Egli, Duo Ji and Bhim Gurung. However, at the highest point of the race at 4700m and with just over 5km’s to go – Gurung unleashed a relentless downhill that reeled in all the competition. Skyrunning may very well be about the uphill, but as so many races have shown, (the Dolomites SkyRace a great example) what goes up must come down and Gurung was without equal in China. He crossed the line in a new course record  3:06:51. Wacker held on for 2nd in 3:08:23 and Ji edged out Egli for 3rd in 3:08:49.

Unlike many races in the 2017 Migu Run Skyrunner® World Series Yading was very unique due to the the high-altitude. It was noticeable amongst the elite athletes as they fought against oxygen debt. Lower down the field though, runners battled the conditions to achieve their own personal goals. China offered a very unique and awe-inspiring start to 2017 and for sure, China holds a bright future for new events with China Mountain Trails and Migu Run.

Attention now turns to the now iconic island of La Palma and the Transvulcania Ultramarathon which has become a flagship of the ‘SWS’ ever since the iconic 2012 edition – Less Cloud, More Sky! Follow the action from May 11th through to May 14th.

Also take place over the weekend in China:

The Yading VK started on May 1st starting at noon. Covering a distance of 7km the race had an elevation gain of 1072m – starting at 3992m and concluding at 5000m, a first for Skyrunning! Read the race report and view the images HERE. 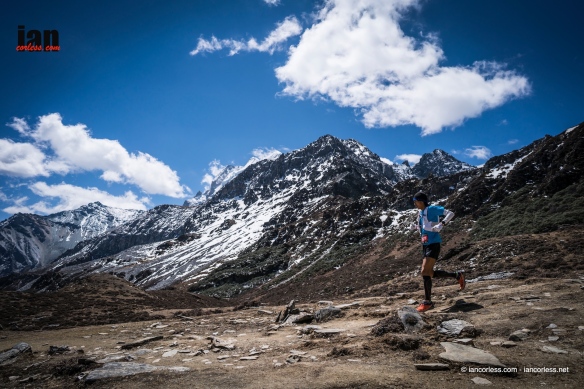 The Yading Kora Ultra started alongside the Yading Skyrun and extended its race loop from the Chonggu Temple to take in the Kora pilgrimage route over 46km. The latter stages of the race were the final 5km’s of the ‘classic’ race from the 4700m summit all the way down the single-track  to the finish line at 3992m. With over 2,300m of elevation gain over the length of the course, and the finish line sitting at just over 4,000m, the race challenges beginners and elites alike. The race was fast and furious with Salomon Running International athlete Ida Nilsson taking an incredible victory in 6:05:02 and placing 6th overall. 妍星 马 placed 2nd in 7:52:30 and  Yasuko Nomura 3rd in 9:22:07. The men’s race was won by 2:16 marathon runner, 敏 祁 in 5:19:28. Francois d’Haene placed 2nd and 晶 梁 3rd, 5:28:07 and 5:48:13 respectively. 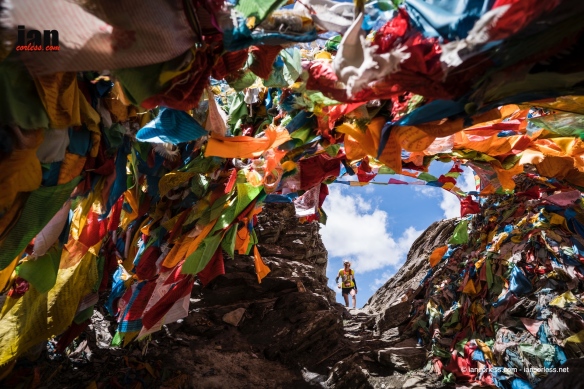 The “2017 Migu Run Skyrunner® World Series”. The Chinese company, Migu Run, under the name of Migu Xempower, was the Series’ main sponsor in 2016.

The 2017 Migu Run Skyrunner® World Series features 22 races in 11 countries and will reward the champions in the various categories a € 60,000 end of season prize purse.

The Chinese company Migu Run, the creator and owner of an advanced online and offline exercise and health management platform, has been announced as the new long-term title sponsor of the Migu Run Skyrunner® World Series beginning in 2017.

The Series is structured in three categories, Sky Classic, Sky Extreme and Sky Ultra, counting 22 races in 11 countries stretching from April to October.

Yading is the highest race of the circuit reaching 4,664m altitude. The Yading Skyrun will be organised by China Mountain Trails (CMT), a subsidiary of Migu Run, entrusted with spearheading the trail and mountain running events.