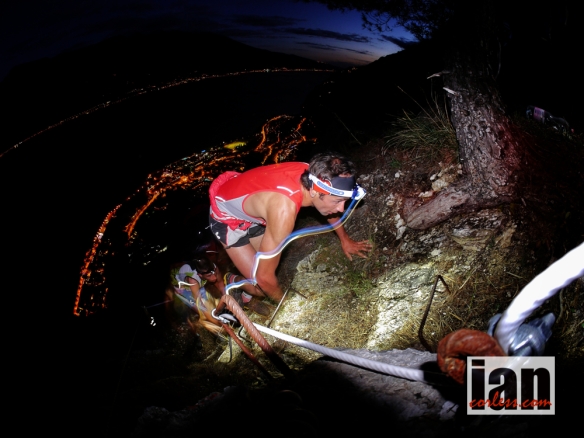 As daylight disappeared on the shores of Lake Garda 192 runners departed on the quest to complete a VK under darkness with only illumination from a headlamp.

It was a fabulous spectacle as the lights of Limone glowed in the distance.

Departing in one large group it was always going to be a frantic charge for the front of the race. A clear path a huge advantage for a fast and trouble free race. 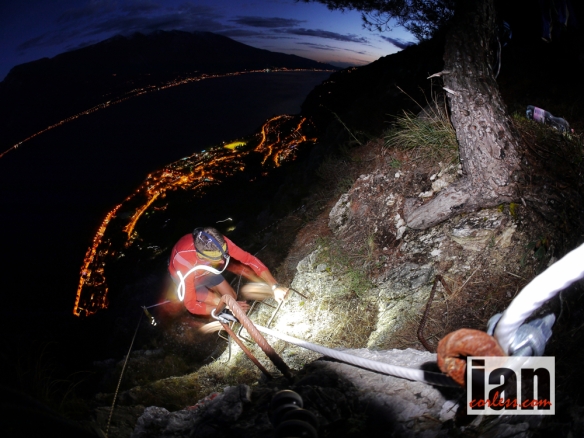 Urban Zemmer (US La Sportiva) was a pre race favourite and he didn’t disappoint. He charged and led from the front. He wanted that Skyrunner World Series title and he needed a win today with maximum points and the current leader, Marco Facchinelli, to finish outside the top four places.

At the line Urban achieved his goal taking the win in an incredible 37:10. Second place went to Thorbjorn Ludvigsen from Norway, 37:34, third place Marco Moletto (La Sportiva) was just over a minute back in 38:37 and Kilian Jornet (Salomon) was fourth, 39:04.

The ladies race had an interesting dynamic with Antonella Confortola (GS Forestale) looking to repeat her win at Canazei VK on the Limone course. However, Laura Orgue (Salomon Santiveri) currently lying third in the Skyrunner World series, Like Urban Zemmer would be looking for maximum points to hopefully take the overall series title. 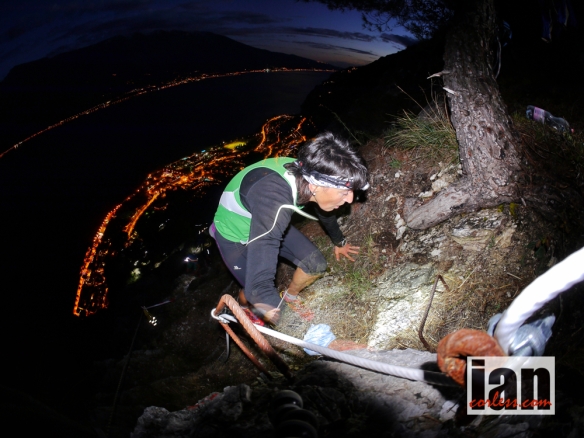 With grit and determination Laura took the lead and never looked back powering up the 1000m of vertical gain and crossing the line in 46:10, over 1 min ahead of Antonella Confortola who finished in 47:19. Samantha Galassi finished third in 48:27 with Brit, Tessa Hill (Arct’eryx) taking a great fourth place 48:45.

Vanessa Ortega Trancon who lead the World Series before the Limone race finished sixth and Alba Xandri Suets who was placed second finished in eigth place. These placings will without doubt affect the overall ranking.

Skyrunner World Series rankings will follow asap after the judges have checked the results and made all the necessary calculations.