Day 2 of the inov-8 athlete retreat and after a morning of discussing new products (apparel, shoes and packs) for 2015, the inov-8 team and support staff travelled to Nether Wasdale for Middlefell Fell Race. 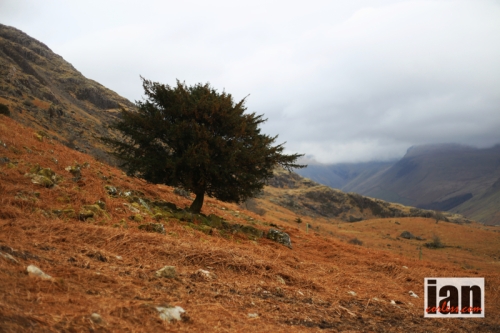 Covering 6.6-miles, runners climb to 1,700-feet on an out and back course in the heart of the English Lakes.

Dashing along roads, tracks and fields for approximately 2-miles, after Greendale, runners branched left and and started the ascent following the Wasdale route but after a short sharp and steep climb, the route then branches right at a natural fork and then ascends to the summit of  Middlefell. It’s an out and back route so after turning at the cairn at the summit, runners re trace back to the start.

Wasdalefell is normally a small fell race, but today, an influx of inov-8 athletes almost doubled the numbers and the pace! With a strong representation from the UK, Norway, Switzerland, Catalonia, France and the Basque country, this small fell race became a truly International affair.

Pre-race discussions had been all about who would take the win and how would ‘Skyrunners‘ from Switzerland, Norway and Catalonia fair against out-and-out fell runner’s? 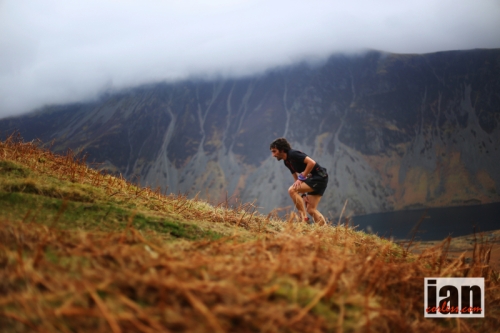 With the flat early 2-miles over, it was great to see, Swiss runner, David Schneider leading Baque, Artiz Eregea in the early stages, This strong European representation was also backed up with Erik Haugsnes from Norway. Tom Addison and Orlando Edwards was leading the ‘local’ attack and were closely followed by Gary Priestley and Morgan Connelly.

Early morning low lying mist had lifted leaving a relatively clear day, with light winds and a bite in the air. The push to the summit was followed with a turn and quad busting descent.

Unfortunately, a wrong turn by Orlando on his way back to the finish messed up his race! Erik followed Orlando but soon realised his error and re-joined the course. With Aritz now in the lead, Erik and Tom followed and with 1km to go, Tom made his move and took out the win ahead of Aritz and Erik.

The ladies race had less runners participating in contrast to the men’s race. Sharon Taylor was a convincing leader from the start and finessed a clear leader ahead of Hazel Robinson and Lyn Thompson.

In true fell running fashion, the race finished at a pub and was followed with a beer and quality plate of local food.

It was a great day! A small quality race unfolded on the fells of Wasdale, and just as we all had appeared from nowhere, within just a few hours, we all disappeared again.