The Isle of Arran, a hidden gem just 90-minutes away from Glasgow. Many describe the island as ‘Scotland in miniature!’ Have to say, for a first-time visitor I was a little blow away by this little gem. 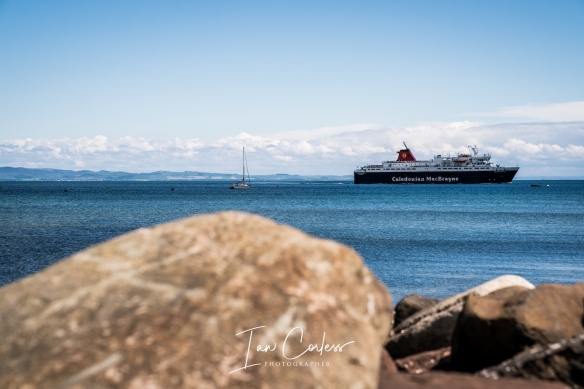 On first impressions, I thought travelling to Arran would be difficult. I couldn’t have been more wrong. A flight to Glasgow, a 30-minute train journey from Paisley to the harbour station of Ardrossan and 15-minutes later, the ferry departed for the 55-minute journey to Brodick and then a 5-minute walk to the race HQ where the weekend’s race would start and conclude. 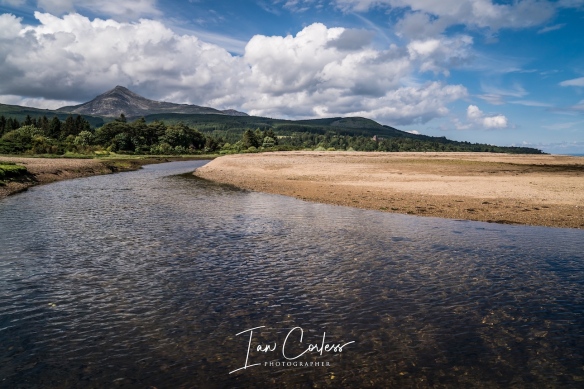 Ultra Trail Scotland is the brainchild of elite mountain runner, Casey Morgan and Andrew Falconer of Find Your Adrenaline – www.findyouradrenaline.com – Also important to mention the incredible work of Noreen Devine and her incredible logistics and support who held the event together.

The duo have created two races, the Ultra Trail Scotland and The Tarsuinn Trail – both races showing the best of the incredible trails and mountains that Arran have to offer over the distances of 45km and 26km respectively.

The main event of the weekend is the Ultra Trail which manages to provide 3500m of epic running for vetted runners. This really is an out-and-out pure mountain running experience that harks back to the heritage of skyrunning races in Italy.

Nerves of steel, a head for heights, the ability to traverse amazing ridge-lines, climb and descend technical routes that pound not only the body but the mind. Remote and sublime, the route is an epic day of running compressed into 45km. Highlights coming with the technical ridge that follows Mullach Buide leading to Cioch na h-Oighe. Cir Mhor and of course, the Witches Step.

One could almost say the 26km Tarsuinn Trail is the fun run…! But it is no easy race with 2000m of vertical. The early trails to Goatfell at 873m only a warm up for what is to follow as the route shares some of the trail with its bigger brother.

The day before the races was bathed in sun with blue skies, white fluffy clouds and the Arran skyline looking magnificent. But as the day came to a close and as the race briefing concluded, the patter of rain started what was to become a very wet night. At 11pm, the weather forecast completely changed and the early forecasts of rain clearing to sunny skies disappeared.

At 0600 on race morning, two-hours before the scheduled start, Casey and Andrew took all the elements and mountain conditions into consideration and delayed the start to 10am. However, conditions did not improve, and a revised route was devised to still offer the runners of the Ultra Trail an incredible 38km mountain run, but unfortunately removing the two key technical sections of the ridge and Witches Step to ensure the safety of the competitors. The shorter, Tarsuinn Trail route was left unchanged due to the shorter distance and the midday start.

Let’s be clear here, the revised route for the Ultra Trail was still a beast of a course and as the race was underway, it was clear to all, that the conditions to change the route were completely justified. Visibility for much of the time was down to a few meters, the rain relentlessly poured, and the wind gusted and thrashed the mountain. The predicted clear patch in the early afternoon did arrive and provided everyone, runners and Marshalls included, a welcome warm and dry patch before the mist and rain returned later in the afternoon to remain well into the evening. 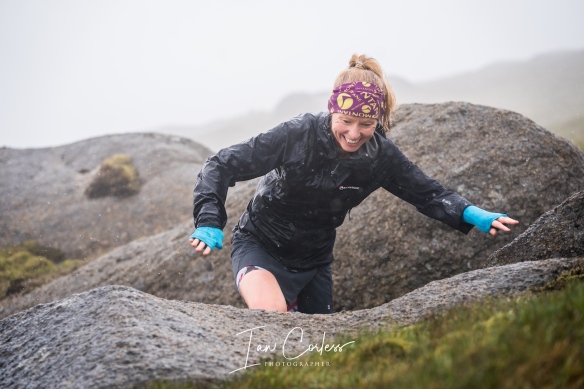 Caisteal Abhail provided a turnaround point for the Tarsuinn Trail and a key checkpoint for the Ultra Trail as runners passed through here on the way to the Glasson carpark, where they turned and re-traced back to Caisteal Abhail before concluding the race. As they passed through, there were no complaints from the Ultra Trail of a revised route or shorter course, just appreciation and thanks for the bravery of the decision, no matter how hard, to make the right decision for everyone’s safety.

The Ultra Trail was dominated by Rob Sinclair who was untouchable in the men’s race, he made the course and the conditions, dare I say, look easy. Stuart Whittle and Michael Reid had a much closer battle for the two remaining podium slots. 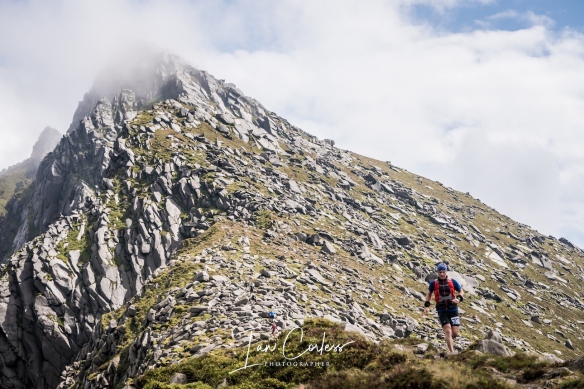 Debbie Martin-Consani needs no introduction to the ultra-world in Scotland and despite saying she would be happy with a top-five placing, she went on to win ahead of Katie Henderson and Ruth Stanley.

Tarsuinn Trail was led by Hamish Battle early on and unfortunately, he took a wrong turn and dropped to seventh place. Ahead the race went on with Gregor Stewart taking the win. However, Hamish battled hard and clawed his way back to second with a great run. Graham Connolly rounded out the podium. 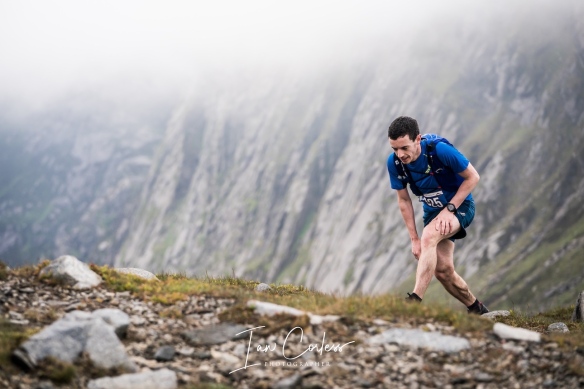 Highly respected and renowned hill, fell and mountain runner, Jill Stephen controlled the 26km’s with a strong and dominant performance ahead of Hazel Wright and Erin Rendall. 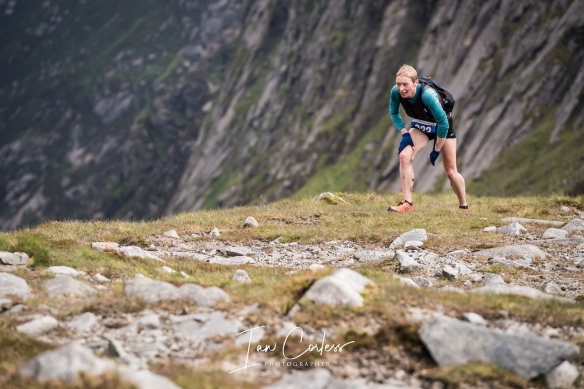 The event concluded with the last runner arriving just before the 10pm cut-off. It had been a testing day for all concerned, but gladly, there were no major injuries and despite constantly testing conditions, everyone had had a great day on Arran.

Full results, reports and additional information will be posted HERE