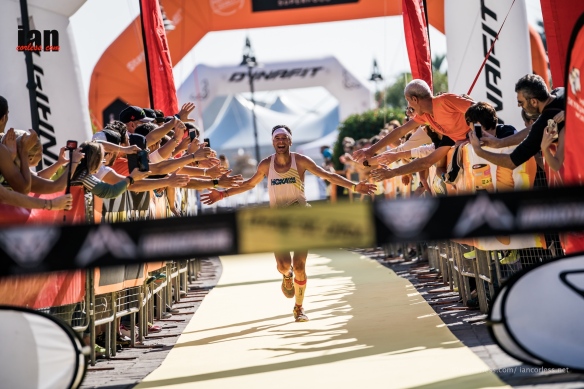 What an epic day in Italy!

The final race of the 2017 Migu Run Skyrunner® World Series turned out to be an epic day.

Young gun, Jan Margarit and Skyrunning legend Marco De Gasperi went head-to-head in a full-on battle as they climbed and descended in the mountains that back onto Lake Garda. It was Margarit who dictated the pace on the early climb while De Gasperi followed just a minute or so back with Aritz Egea and Peter Engdahl.

However, De Gasperi closed to Margarit and the duo ran side-by-side for much of the race pushing each other all the way beyond the 20km mark. The final descent is renowned for its punishing technical running and it was here that De Gasperi opened a small gap, reversing the result from Dolomites SkyRace earlier in the year when Margarit dropped the Italian on the final descent.

Needless to say, De Gasperi’s win on home soil not only is a popular one but it also confirms De Gasperi’s skill and perseverance in the sport. He won’t mind me saying but he is twice the age of Margarit.

Young German runner, Stefan Knopf was around 10th place on the first climb but ran a stunning 2nd half of the race to take the final podium place ahead of Peter Engdahl.

For the ladies’ Ragna Debats laid it all on the line knowing that she could win the series with a 1st or 2nd place. On the first climb, she pushed and pushed with Laura Orgue hot on her heels. Michelle Maier followed and in 4th was the orienteering world champion, Tove Alexandersson.

As the race progressed, Debats went through a bad patch allowing Maier and Alexandersson in to the first and second slots. Despite pushing, Debats found it difficultl to find her rhythms and when she finally did it was too late, the other two had leaped ahead.

Alexandersson gave it everything and opened up a gap of 4-minutes over Maier. Pushing the pace, she took several tumbles on the final descent and as she crossed the line in Limone she collapsed – her legs cut, her feet bloody, her hands and arms damaged. It was a seriously gusty run and one that wiped her out completely.

The big question would come around who would win the series? In many respects, it was Laura Orgue’s to lose. Unfortunately, Orgue had a bad day, a very bad day for her and Sheila Aviles finished ahead of her and in the process, took the 2017 Migu Run Skyrunner® World Series title.

Limone Extreme over the years has had many an epic battle, this year was no different.

It was a confirmation of experience and an introduction to new names and new faces. Marco De Gasperi and Sheila Aviles were crowned 2017 Migu Run Skyrunner® World Series champions and now as the Skyrunner season comes to an end, everyone looks ahead to 2018 and 2019 for a new era in Skyrunning.

The COMBINED title was won by Jonathan Albon and Maite Maiora, the two most consistent athletes over all Skyrunning disciplines in the 2017 Migu Run Skyrunner World Series. 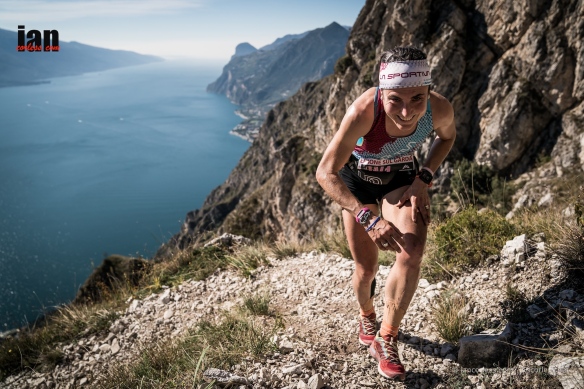