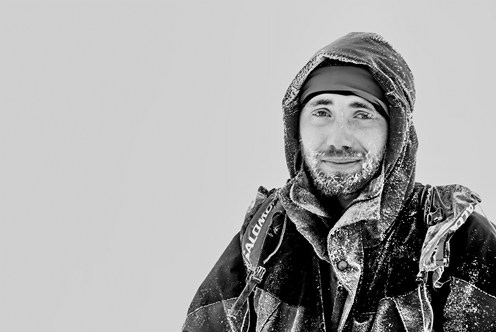 Pavel Paloncy from the Czech Republic has just finished the Montane Spine Race; billed as the toughest race in Britain.

Pavel has covered the 268-mile journey fighting fatigue, sleep deprivation and some horrendous weather to not only secure victory in the 3rd edition of The Spine but also in the process set a new course record.

His finish at Kirk Yetholm has yet to have a confirmed official time, however, we have an estimation of 4 days and 14 hours 45 min (110h 45m tbc). The previous record set by Eugeni Rosello Sole of 5 days 4 hours and 52 minutes has been blown out of the water. However, we should note that conditions in a race of this length can vary so much that results and times should be assessed year-to-year. Pavel’s performance is quite remarkable!

Needless to say, Pavel is going to be looking forward to getting warm, relaxing and putting his feet up… I would guess for at least another 5-days!

Pavel has produced an incredible and outstanding performance, however, currently the race still has 35-runners out on the course. Matt Davis is in 2nd-place and has passed Bryness. Third place, Steve Holyoak has also passed Bryness and looks to be less than 2-hours behind Matt. It could all change for 2nd and 3rd. At this stage of the race, anything can happen.

Leading lady and 8th overall is Debbie Brupbacher, however, she still has a long way to go. Her last check-in was at Alston.

Since the race start on Saturday, 40-runners have withdrawn from the race including last years defending champion. Although the race has had considerably less snow and ice than 2012 and 2013, conditions have been extremely harsh with low temperatures, rain, wind and snow on the high ground.

The Spine is more than a race… far more. Each and every participant should feel extremely proud for even contemplating the challenge.

As for Pavel, he isn’t human!