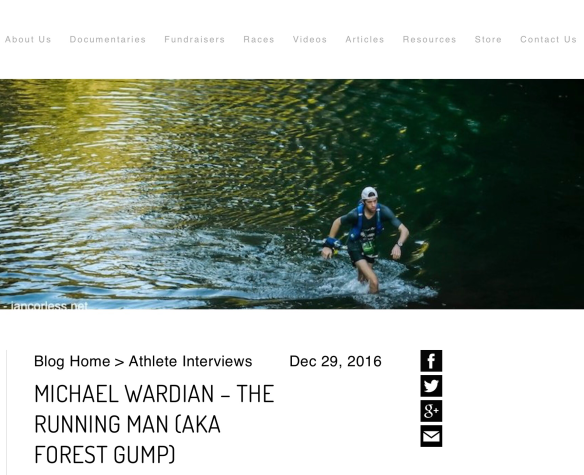 “He keeps running and running. Michael Wardian just never stops. Many runners have been given the tag, ‘Forest Gump’ and in 2016 we certainly witnessed a couple of real life ‘Gump’s’ in Pete Kostelnick and Karl Speedgoat Meltzer who respectively set two new records: Running Across the USA and setting an FKT on the Appalachian Trail. Kostelnick and Speedgoat produced two remarkable performances, but Michael Wardian raced 47 events in 2016, he raced 1,254-miles in total and in the process, he set 2 World records, had 8-victories, 22-podiums, 31-top ten placings and 26 ‘master’s’ victories. Wardian is a man on a mission and 2016 is not an unusual year… this committed husband and father of two races like this, year-in and year-out.”

Read about Michael Wardian in my article for IRUN4ULTRA  HERE