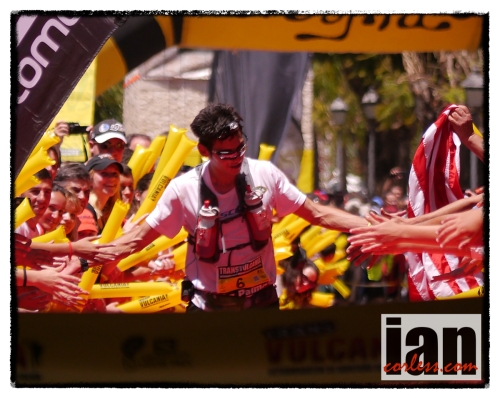 Just two weeks after Transgrancanaria, the UTWT show continues. The stellar line up in Gran Canaria is not reflected in New Zealand as only certain races in the UTWT circuit have the relevant point coefficient that will make an outright win a possibility, so, expect to see Sandes, Olson, Chaigneau, Picas, Maciel, Canepa and other ‘top’ contenders toe the line at UTMF in Japan. 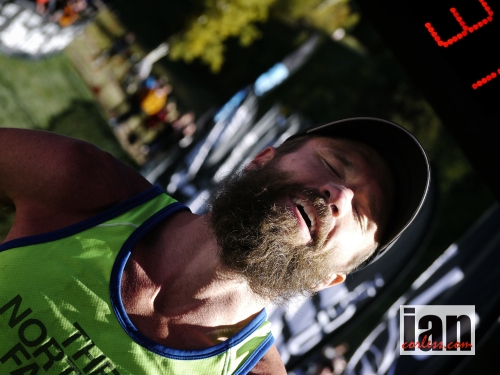 However, Tarawera 100k does (or should I say did) have a battle royal to look forward too… Sage Canaday (last years winner) going head-to-head with Rob Krar was going to be quite a prospect. However, just a couple of days ago, Krar took a tumble and is out. This leaves ‘the showdown’ to reappear somewhere else in the calendar at another time of the year.

For the ladies, Ruby Muir was looking to defend her title after illuminating the trails in 2013 with a stunning win and top overall placing, however, Muir has too fallen foul of the injury demons.

Who to watch out for?

Sage Canaday returns as defending champion and after a disappointing end to 2013 will without doubt be firing on all cylinders for a race win. Sage had a great first half of ‘13’ with wins and CR’s a plenty. However, maybe racing too much and some bad timed illness found him falter a little at Sierre-Zinal, UROC and he didn’t make the start at San Francisco 50. When on form, Canaday is unstoppable and without doubt he is ‘favourite’ for the 2014 race.

Michael Wardian never stops and has already raced extensively in 2014 and won. He produced a stunning and impressive performance against top competition at The Coastal Challenge in Costa Rica, and his recent 2nd at the 50k champs shows he has all it takes to push Canaday on the NZ trails.

Two-time Olympian and sub 2:15 marathon runner, Mike Aish may well mess things up for Wardian and Canaday. Racing on home soil, Aish must be fired up for the opportunity to compete against such quality competition. Known to go out hard, Aish has faltered in the past; his impressive blow-up at Leadville a great example. However, in 2013 he put the Leadville demons to bed with a podium place and 18:27 finish. 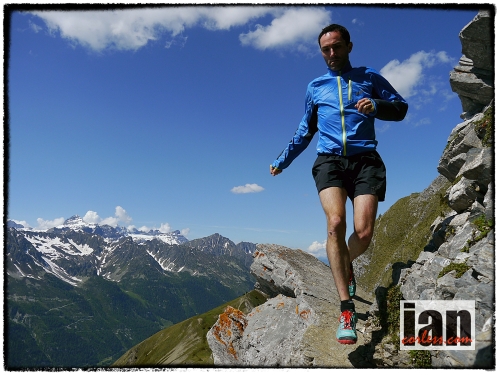 Local talent is in abundance with Brendan Davies, Scott Hawker and Vajin Armstrong. All three have had great results recently, Armstrong raced and placed well at Tarawera in 2013, Hawker raced well at HK100 and Davies recently had top-3 at MSIG50 in Honk Kong. You can expect all of them to push the front of the field and it’s only going to take an error by Wardian or Canaday and a ‘good’ day by one of the other 3 to make the Tarawera podium look very interesting.

Injured and will not run

Martin Gaffuri from France placed 4th overall in the Skyrunning World Series in 2013 and his form is on the rise. In December he placed well at San Fran 50 and his recent run at The Coastal Challenge will put him in a great place for the 100km. Gaffuri will be up there, top-10 would be a great result.

With Ruby Muir out all eyes will fall on Meghan Arbogast. She had 8-results on Ultra Signup for 2013 with 4th at Western States and 13th at TNFUTMB as highlights. Arbogast also won Ice Age Trail 50km and Way to Cool 50km, however, her recent win (Jan 11th) at Bandera 100km in 10:12:57 surely means that Tarawera will play in the hands of Arbogast.

Beth Cardelli had a great time in Europe in 2013 and without doubt this will have added an extra skill level to Cardelli’s armory. A win at TNF100km,  2nd at Tarawera Ultra and 4th at Lavaredo Ultra Trail certainly will mean that Arbogast won’t have her own way!

Shona Stephenson, like Cardelli, spent time in Europe with mixed results. However, when everything clicks into place, Stephenson can push the best in the world. Stephenson’s result at UTMF a shining example in 2013.

Tomoko Hara won River Shimanto 100km and Yatsugatakae Nobeyama 100km in 2013 and also placed 2nd at Sarom-See 100km. Without doubt, comfortable at the 100km distance, I personally think we will see a surprise from Hara and a podium place.

Finally, Sandi Nypaver from Ohio will definitely make top-10 and has the potential for top-5. In 2013, Nypaver was 2nd at Cayuga Trails 50km and 11th at Speedgoat 50km. A winner at Grindstone 100-mile in 2010 confirms that she has not only the mental but physical requirements for a solid Tarawera.