Just when you thought it was the end of the season and then low and behold a 50 miler rears its head on the calendar with a stacked field, yes, The North Face Endurance 50 mile Challenge presented by Gore-Tex. The race takes place in the Marin Headlands, north of San Francisco.

*update 27/11/12 Looks like the weather is going to play a major factor this weekend with a weather front coming in. This always shakes things up and you can expect this to influence the overall results considerably. 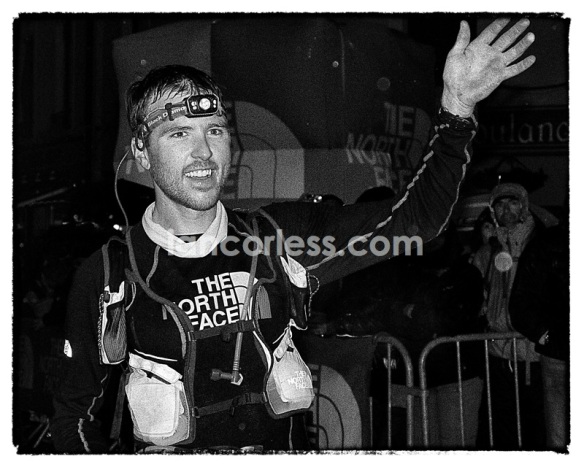 Talk Ultra interviewee Mike Wolfe is returning to the race he won last year. Mike has had a mixed 2012 so he is going to be looking for a good performance here. He told me that training had gone well and that he is in good shape. Great to hear.

Good friend of Wolfepaw is Mike Foote. Footey placed 9th last year but after a great performance at UTMB (3rd), Bighorn 100 and the recent TNF EC in Chile I am sure he will be fired up for this race.

The last time I spoke to Tony Krupicka he told me he was running the race and that he was running to win. This was on the back of his 2nd place at Cavalls del Vent. I am well aware that Tony has been training well but I am not sure if he will be present on the start? I will update as soon as I know. *update 27/11/12 Tony has stated on his blog that he will not be racing.

Sage Canaday is without doubt a potential winner for the race and I originally missed him as he was not on my start list, He set a course record at White River 50 (incredible run) and ran very strong at UROC to finish behind Max King. We also can’t rule out Dave Mackey. Dave performs consistently well at 100k and was 4th at Western States. He races a little less than others so you can be sure if he toes the line it is to run hard.

Timothy Olson would have been mentioned here but has decided not to race and run with his wife. He is keeping his powder dry for 2013. Jez Bragg is off to New Zealand and Dakota Jones is resting, so that therfeore leaves the door open…

Fast man Ian Sharman will enjoy tho terrain but just the other weekend raced well at JFK so this may spoil his chances of a top 3, however, Adam Campbell will becoming into this race relatively fresh after injury issues mid year.

Dylan Bowman has raced super hard all year with some great results. His 2nd place at Run Rabbit Run behind Speedgoat Karl and 7th at Western States should mean he will be contending at the front but will he have that turn of speed to contend with Wolfe, Foote, Sharman and Campbell?

Hal Koerner has had a stacked 2012 and performed consistently well. I see him being in the top 10 here but not at the front of the race contending for the podium.

Rickey Gates comes to this race after some super strong performances in 2012 and may very well be a dark horse. Equally Chris Kollar (he had a disappointing Western States) comes to San Fran after some really solid results at Grand Teton 50k, Ice Age 50 and the The Bear.

Francois d’Haene is coming from Europe along with his Salomon team mate, Miguel Heras and Team Manager, Greg Vollet. Francois has had a great year and just recently won the ‘Trailwalker’ with his Salomon France team mates. He has the ability but I can’t help but think it is late in the year for him… Miguel Heras is finishing off his year well after early disappointments and he will be running hard here. Greg Vollet may very well be another dark horse to move up the field and take a few runners by surprise.

The mens field is stacked and by no means have I covered everybody here but I think we will see the podium come from the above names. One other mention, Martin Cox from the UK. Look out for him. 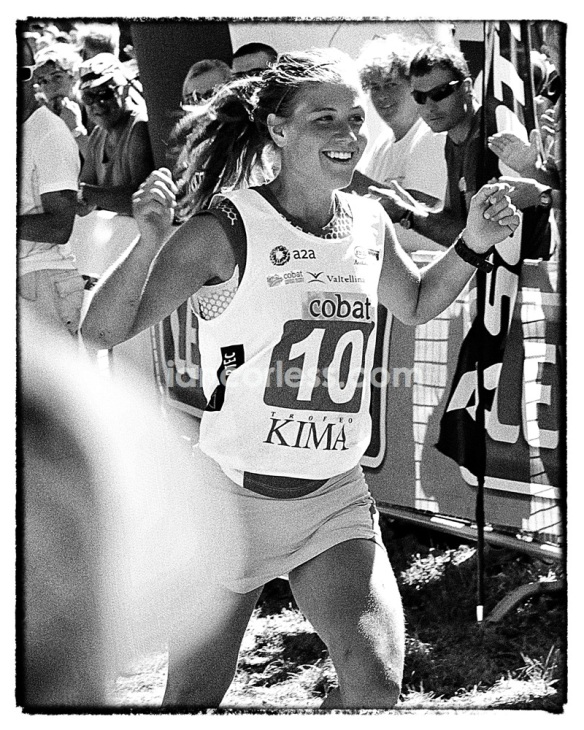 Firstly, Frosty and Ellie Greenwood are not on the start line. Frosty needs to recover and Ellie need to rest. So that does open things up a little… if we thought the mens race was stacked, the ladies is super stacked.

Emelie Forsberg is coming over from Europe after an incredible 2012 season. Emelie would have been my top tip but I wonder if this is either one race too many or a race too late in the year? She has all the potential to win this race but I see her top 3 and not on top of the podium.

*update 27/11/12 I just had confirmation that Silvia Serafini from Salomon Carnifast will be racing. This will add some additional spice to the race. Like Emelie, Silvia is moving up distances this year and 50 miles may just be a little of her radar at the moment. But she is a fast runner and really dedicated. A star for the future for sure. She has won Skyrunnning races, won the Royal Parks Ultra in the UK and recently placed just behind Forsberg, Hawker and Picas at Templiers. She has just come back from trekking in Nepal so it will be interesting to see how she performs in this top quality field.

Lizzy Hawker will be arriving from Nepal and has arguably had a golden few months with a 5th win at UTMB, a win at Run Rabbit Run and then a win, 3rd place overall and a new CR at the iconic Spartathlon. I witnessed her run first hand at Templiers when she finished a disappointed 3rd behind Nuria Picas and loosing the sprint for 2nd to Forsberg. She will be fired up for this race and is my hot tip!

Ashley Arnold may pull something out of the bag. She has a great ultra resume with 3rd at Leadville 100 this year but has raced shorter and faster too. She may well have the  speed and endurance required that will carry her to a win.

Megan Kimmel has raced the best in Europe and will come to the race keen to perform but this is a longer race than she is used too… this also apples for Brandy Erholtz. They both have potential to shake things up.

Kami Semick hasn’t raced in the US in 2012. She pulled out of Comrades and Western States but recently race Trailwalker in Hong Kong. It’s difficult to say what her form is like but I know from previous conversations with her that she only races when she can win!

Finally, Meghan Arbogast. She has the endurance and the pace!
Like the men’s race, I could go on and to be fair I could list another 10 men and women and still be completely unsure of how the race will unfold.
The San Fran 50 is a great way to start December and finish a really competitive and inspiring 2012. Roll on 2013.
Race website HERE