The second race of the 2018 Migu Run Skyrunner® World Series kicked today on the island of La Palma (La Isla Bonita). The stunning Fuencaliente lighthouse once again providing an epic backdrop as 1000+ head-torches rushed north for a 74km journey  of tough and challenging terrain on the islands iconic GR131 route. It was a day of mixed temperatures and the Route of the Volcanoes was bathed in glorious sun as the runners broke through a cloud inversion before heading to the mist, grey and damp of El Pilar. Pushing onwards, the wind increased causing a challenging chill that resulted in many runners reaching for wind proofs. As often happens on La Palma, push through the cloud and a new weather system awaits, it was no different for the 2018 Transvulcania. Running around the Caldera to Roques de Los Muchachos, intense heat and blue skies greeted the runners all the way. Dropping back down to the sea and Tazacorte Puerto, the only thing that remained was the final challenging climb to the finish in Los Llanos.

For the ladies’ 2016 and 2017 champion and pre-race favorite Ida Nilsson lead the charge and she never really looked back. It was a strong performance.

As often happens, the chasing group can change as the brutality of the Transvulcania route takes its toll. Monica Comas from Spain placed 2nd just 6-minutes behind Ida.

The American contingent of Kelly Wolf and Brittany Peterson placed 3rd and 4th ahead of Russia’s Ekaterina Mityaeva, their times 8:49, 8:59 and 9:13 respectively. 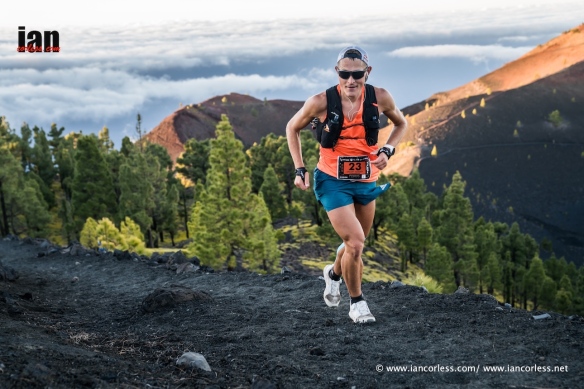 The men’s race proved to be a real revelation… despite the early efforts of Cody Reed, he faded around the 20km mark and then all the main contenders and protagonists made their moves. It was a close race and the long descent to Tazacorte Puerto was always going to be decisive. Pere Aurell Bove held a lead over Dmitry Mityaev, Thibaud Garriver, Marco De Gasperi and Xavier Thevenard. For perspective, it is arguably one of the closest top-5 the race has experience, 7:37, 7:38, 7:42, 7:44 and 7:47 respectively. It is fair to say, that for Pere Aurelio, this is one of the biggest victories of his career and one that he will savour for a long time. 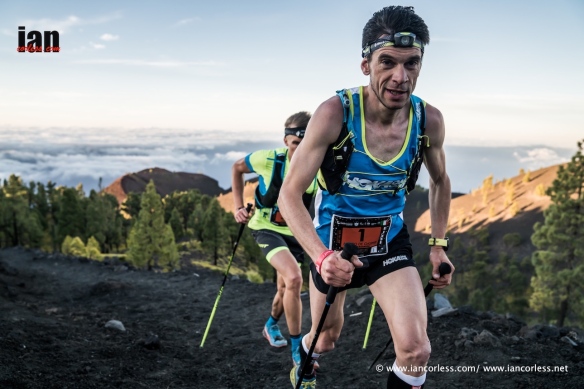 Leaving Fuencalientie lighthouse, black sandy trails lead to Los Canarios. From here, the route weaves in and out of pine forests – underfoot the trails are good, at times technical but it is as the runners break the tree line that the challenging volcano sections await. The arrival of the sun provides some clarity and the push begins to El Pilar and notable marker in the race progression.

At least 5km of relatively flat and easy running follow El Pilar. It provides an opportunity for the ‘runners’ to stretch their legs and either extend or reclaim lost time. A left turn and suddenly they are climbing again, high trees with a canopy of green shelter the runners and then from El Reventon the true splendor of this mountain range is exposed with Roques de los Muchachos visible in the distance.

The harder sections of technical running around the Caldera, combined with heat and altitude provided the next challenge. From the high point, dropping 2400+m in 18km requires legs and nerves of steel. Believe me, it’s one hell of a ride. The early sections are open and the heat hits hard. Tree cover finally arrives and underfoot the single-track changes from dusty sand perpetuated with rocks to sand trail covered with a blanket of pine needles. In the latter stage pine needles giveaway to rocks and then the final zig-zag steep path to the port follows.

At Tazacorte Puerto, a short run along the beach, a technical run through a gulley and then a relentless claim all the way to the finish line in Los Llanos would decide the overall winner of the 2018 Transvulcania La Palma

Here are a selection of images from the day. 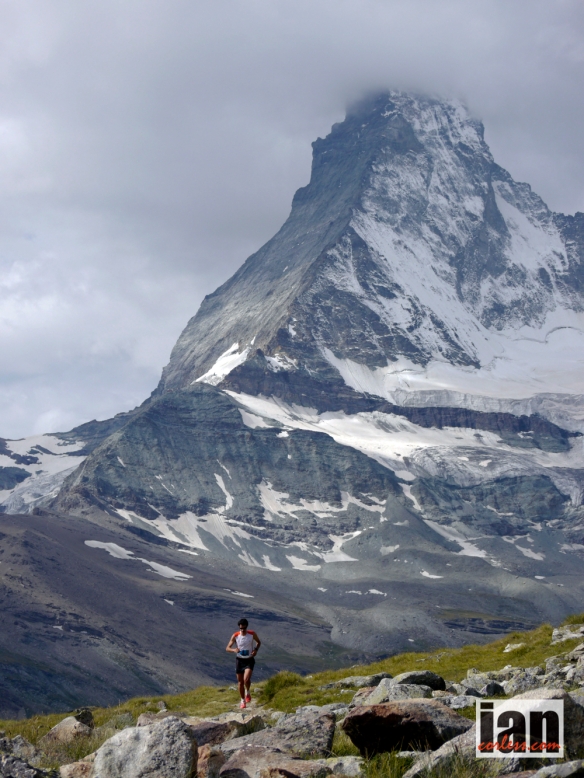 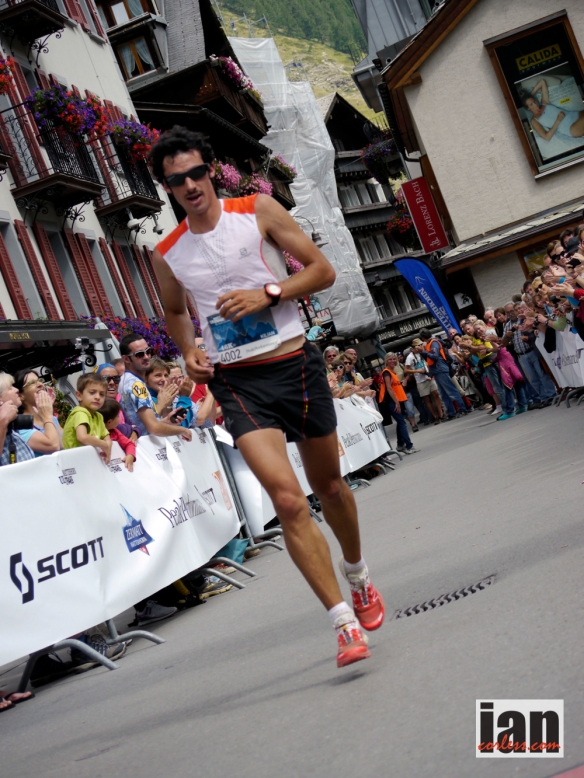 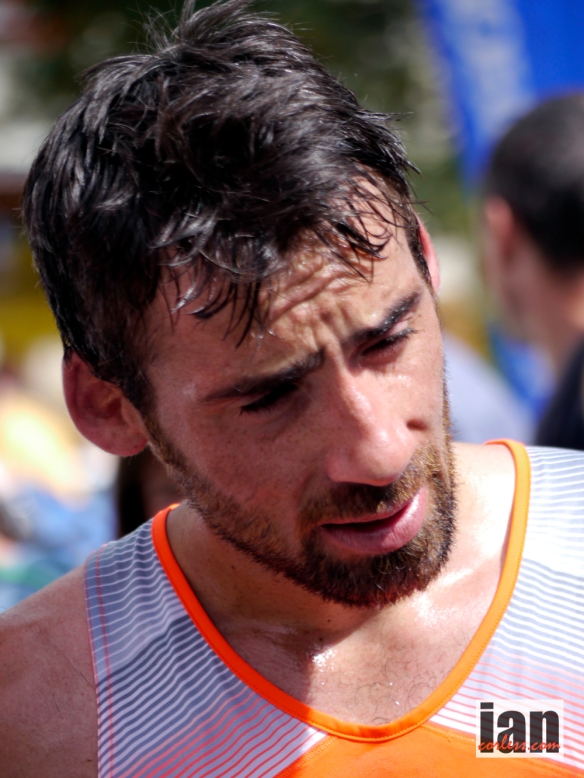 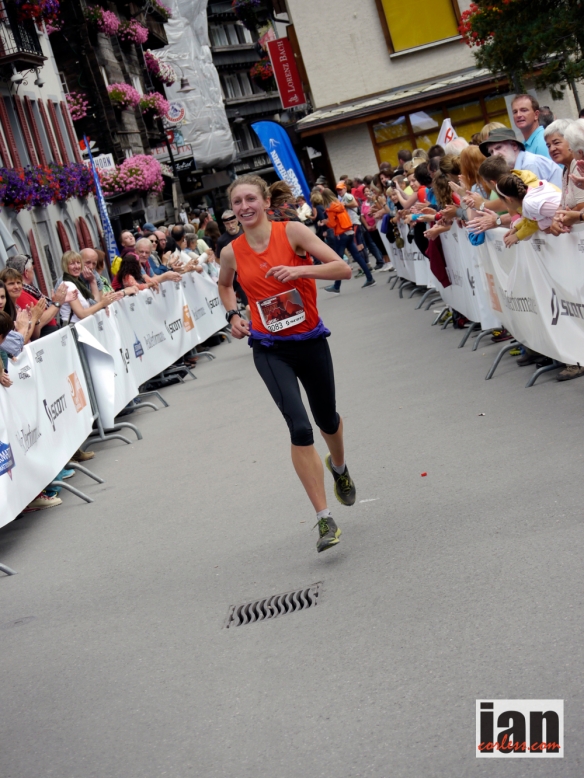 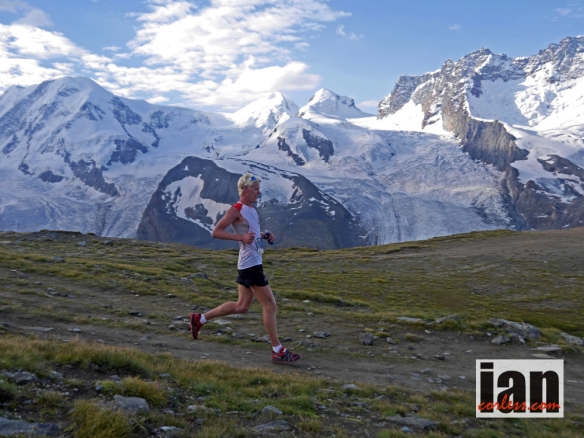 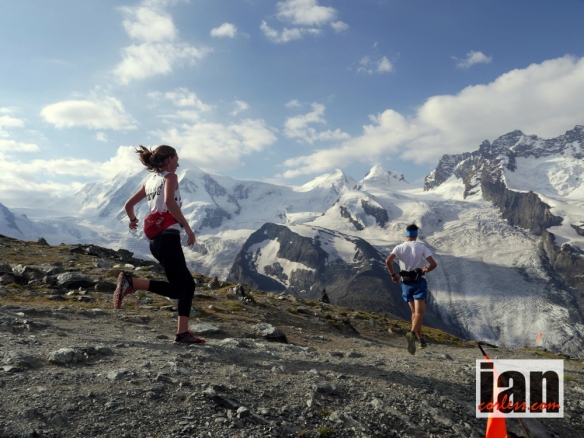 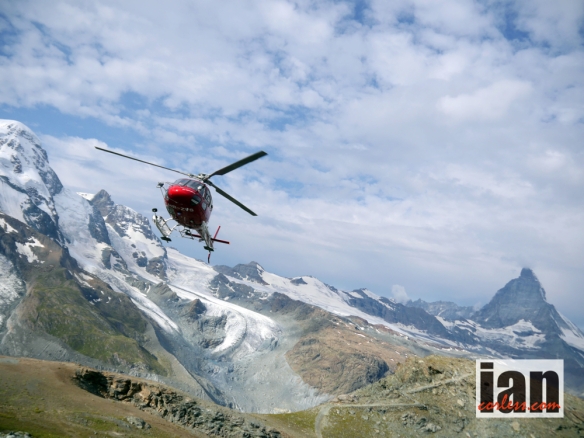 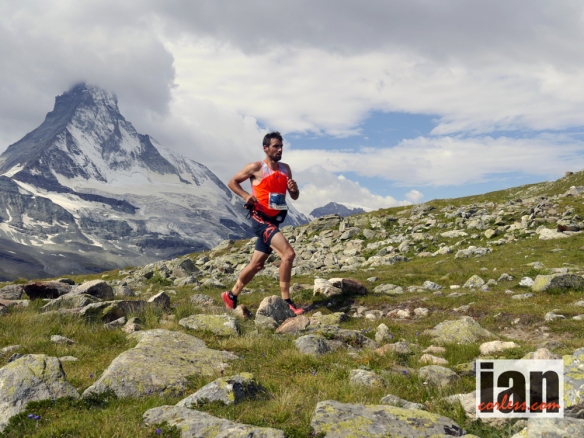 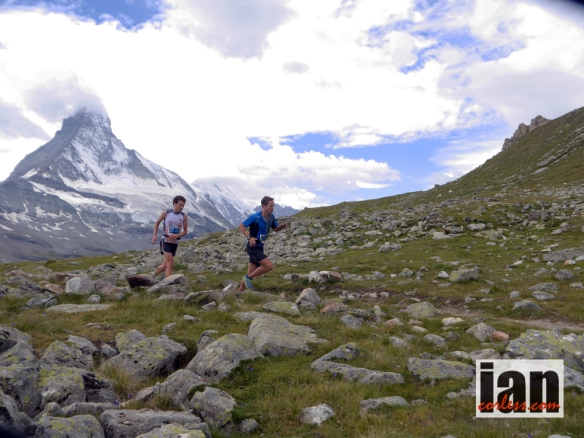 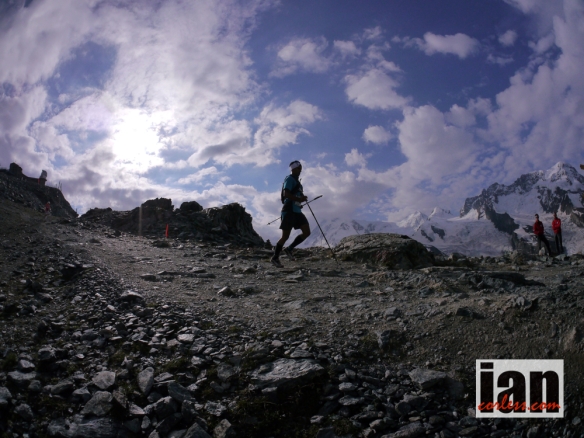 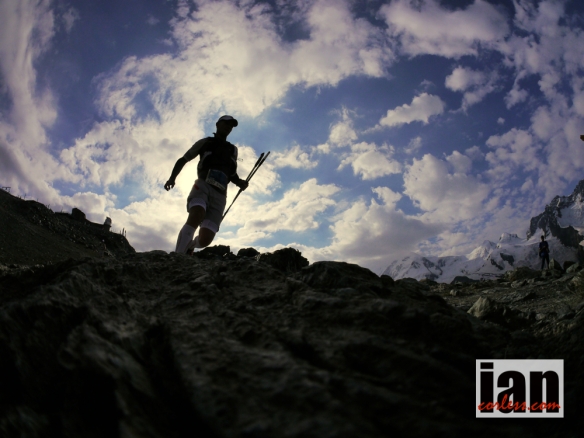 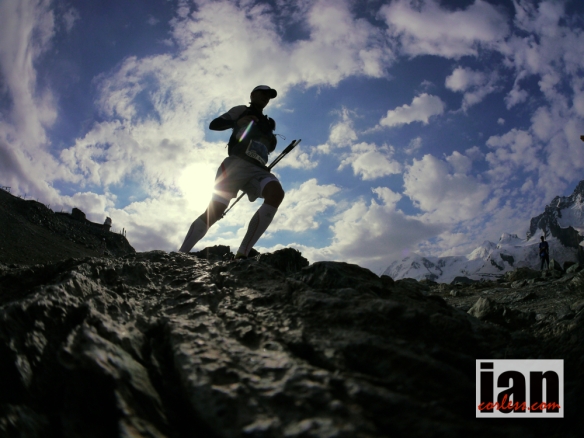 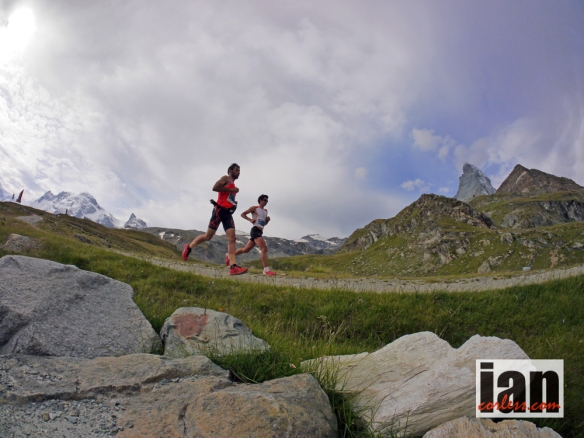 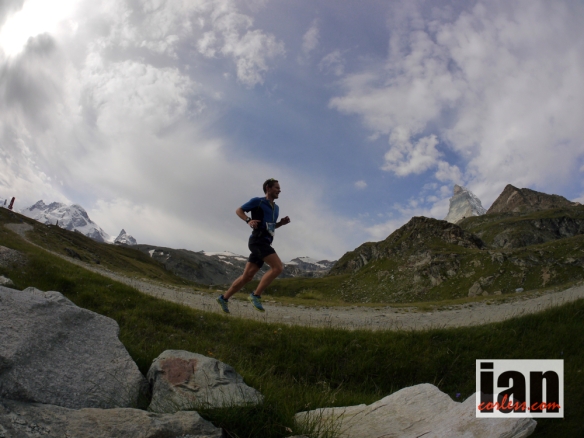 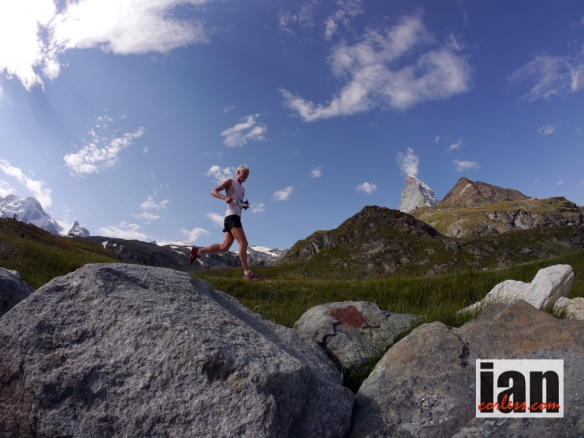 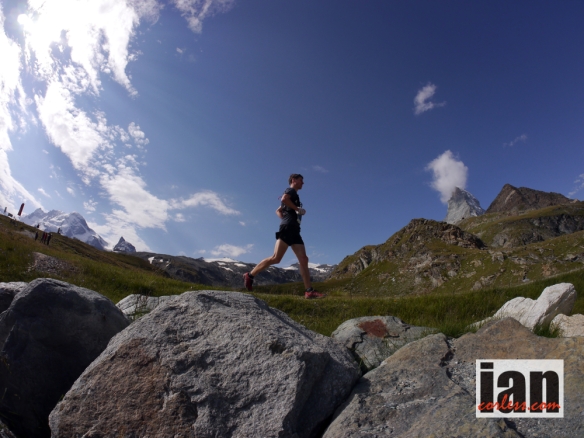