The Ultra Mirage El Djerid 100k #UMED rolls closer. Now in its 2nd edition, this 100km desert race based in Tozeur, Tunisia, North Africa looks set to be a great edition of the race.

The 1st edition had just 60 runners from 12 countries, for 2018, these numbers have escalated to over 150 and a remarkable 20+ countries.

Tozeur is the main city of the Djerid, it is very well known for its stunning surroundings with a mixture of rocky mountains, valleys, salt lakes and desert dunes. The Ultra Mirage© El Djerid (UMED) is the first 100km Ultra Trail taking place in the stunning Tunisian Sahara Desert.

The diversity and the beauty of the Djerid makes it a major attraction for tourists from all around the world. In particular, its connection with the movie industry. The race starts at the location of Luke Skywalker’s home in the original Star Wars movie (more HERE).

A single stage race that takes runners across a wide diversity of terrains, ranging from soft sand, small dunes, rocks, dried river beds and oasis. Runners will have 20 hours to finish the race with very specific deadlines to reach each of the five checkpoints which will be between 15-20km apart. Starting at 0700 on Saturday September 29th, the race concludes at 0300 on Sunday September 30th.

Offering 4 ITRA points and equal price money for the top female and male athletes, the 2018 edition of UMED looks set to be a great race. 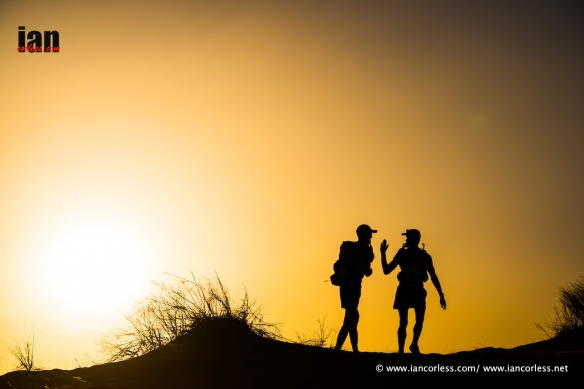 Heading up the male field are the El Morabity brothers, Rachid and Mohamed. They need no introduction to any runner or fan interested in desert running. Rachid is the king of the desert having won the iconic Marathon des Sables multiple times. He recently won Marathon des Sables Peru and once again retained victory at the 2018 MDS in Morocco. He is the key favourite for victory at UMED.

However, Rachid’s brother, Mohamed, won the 2017 edition of UMED and therefore has experience and knowledge under his built. Mohamed has been learning the desert craft from his elder brother and we will certainly see the duo battle for the 2018 win.

Sondre Amdahl from Norway will also take part. He has raced at Marathon des Sables Morocco where he placed in the top-10. Certainly, the single-stage format and 100km distance will suit the Norwegian who specializes in long-distance races. However, Sondre would be the first to admit, he would like some mountains and elevation gain on the course to allow him a chance of victory… No doubt it will be an exciting race.

Two-time Marathon des Sables champion, Elisabet Barnes, will head up the women’s race. Elisabet has a had a quiet 2018 after relentless racing in 2016 and 2017. With time to rest, re-build and plan ahead, UMED will see the specialist desert runner return to racing. The 100km distance and flat course is definitely something that Elisabet will relish, don’t be surprised if she impacts on the male GC.

The competition will be very aggressive so make sure you tune in and connect to social media to follow the action as it unfolds.

Runners will start to arrive in Tunisia from Thursday 27th with many runners arriving in Tozeur on Friday 28th.

You can obtain more specific information from the race website, HERE