Located just 2-hours away from Istanbul, Iznik is very much a quiet holiday resort for those in the know. Situated on an idyllic lake, the town comes to life as the Iznik Series of races arrive in town. The idea of Caner Odabasoglu (a keen ultra runner himself) and now in its 3rd edition, the races is very much a highlight of the Turkish racing season.

Offering 4-race distances, 130km, 80km, a classic marathon and a 10km, Caner and his team from MCR Racesetter have provided an opportunity for all. The 130km race is the longest single stage ultra in Turkey and therefore it appeals and has a loyal following from the ever-growing Turkish ultra running community.

In just 3-years, the races have grown in numbers. US ultra runner Amy Sproston raced the 80km in 2013 and set a new CR proving that interest and international appeal in Iznik and ultra running in Turkey is on the up! In 2014 a strong British contingent crossed the channel and joined runners from France, China, South Africa, Germany, Australia and New Zealand making the races a truly international event. Arriving in Bursa prepared for a stunning weekend of racing; the race or the racing didn’t disappoint.

On the stroke of midnight in Iznik Square, participants ventured out onto a clockwise loop of Iznik Lake. The harder and more challenging part of the course, the first 60km would run in darkness, whilst the flatter and far more runnable sections would be taken in daylight. From the off runners separated with a small lead pack pushing the pace. However, Marcus Scotney (Montane) and Akin Yeneceli forged ahead and opened up a convincing lead ahead of John Bayne from New Zealand by the 11km mark. At cp1, Edwards arrived first closely followed by runner after runner. Something was wrong and it soon became clear that our front two runners had gone off course. 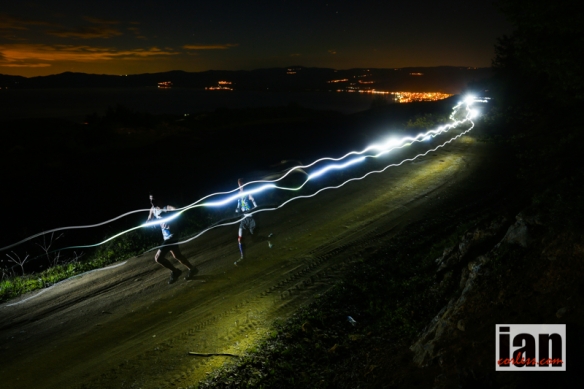 By the time they arrived well over 30-minutes had elapsed and Scotney had visible and vocal frustration at the dilemma, ‘That’s it, it’s all ruined now… what a waste!’ What followed was a master class in pacing and distance running, one-by-one, Scotney moved his way up the field using each runner ahead as a carrot. Closing the gap to 26-mins, 22-mins, and 16-mins and by the time he arrived at the 60-km mark Marcus was 4th with 6-mins to catch up. All the early protagonists who had set the early pace had faded whereas Scotney had become stronger and stronger. The big question mark would be could he hold on? Chasing Yavuz and Ivanovski from Macedonia, Scotney eventually took the lead of the race and never looked back. A course record had always been on Scotney’s mind and his wish came true, despite an epic detour, he arrived in Iznik 12 –hours, 53-minutes and 59-seconds later. The effort of his endeavor was clear to see. Mahmut Yavuz retained local celebrity status with 2nd place and Zhikica Ivanovski placed 3rd.

The ladies race was a low-key affair with just 3-entrants. Previous 130km winner, Elena Polyakova would not defend her title after injury issues and therefore decided to race the marathon. This provided an open stage for local ultra runner and legend, Bakiye Duran to shine. Shine she did! Bakiye covered the course from start to finish in the lead with only Svetiana Ivanovski to worry about. 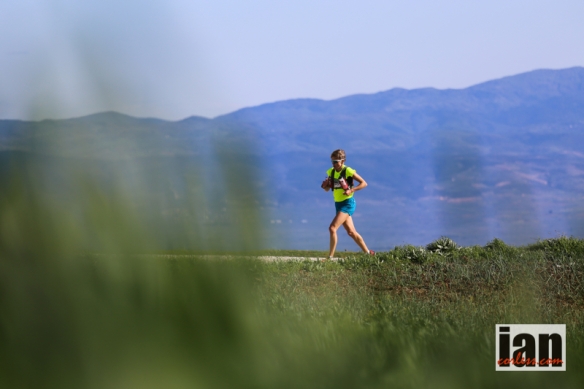 Jo Meek (Scott Running) and Tracy Dean (inov-8) set a blistering pace in the 80km race. Dean leading Meek over the first 10km with just a 1-min lead but at cp1, Meek took over the lead and never relinquished it. Dean pursued all day keeping Meek in her sights never allowing the gap to grow beyond 1-2 mins. However, stomach issues struck for Dean and post race she went on to say that she continually felt as though she was struggling and never felt comfortable. Meek however had her blinkers on and was pushing not only for the outright win but a new course record, a record set by Amy Sproston! 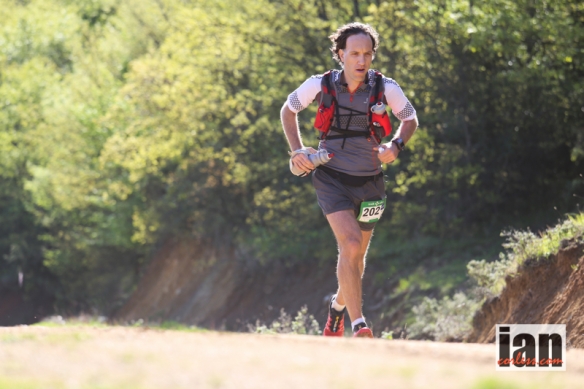 Aykut Celikbas (very much a pioneer of the Turkish ultra scene) had chased the dynamic duo of Dean and Meek all day and eventually moved into 2nd place after Dean dropped at 60-km.

Meek ran like a woman possessed, without doubt she is currently one of the most exciting prospects in the UK ultra running scene as her 2nd place at the 2013 Marathon des Sables and her victory at the 2014 The Coastal Challenge confirms. In the final 10km with flat trail and road, Meek pushed and crossed the line in sub 7-hours blasting the old CR to a new level. Celikbas and Kara placed 2nd and 3rd but the day belonged to Meek.

With Dean out of the race, Yasemin Goktas and Ayse Beril Basliail took 2nd and 3rd places in the female race. 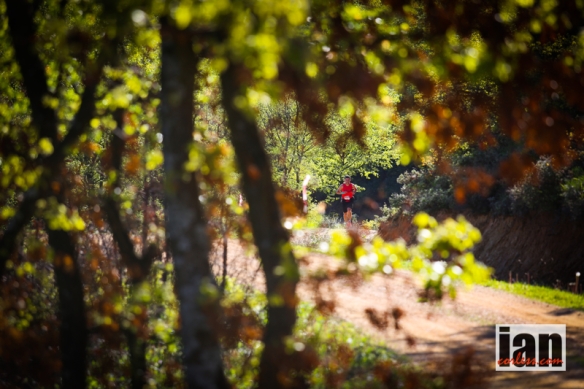 Taking the front of the race in the opening meters, Robbie Britton (inov-8) continued to extend his lead over the opening km’s and never looked back. Running strong with a permanent smile on his face, Britton reveled in the warmth of a sunny Turkish day and put to good use all his training of the past month on the island of La Palma in preparation for Transvulcania. 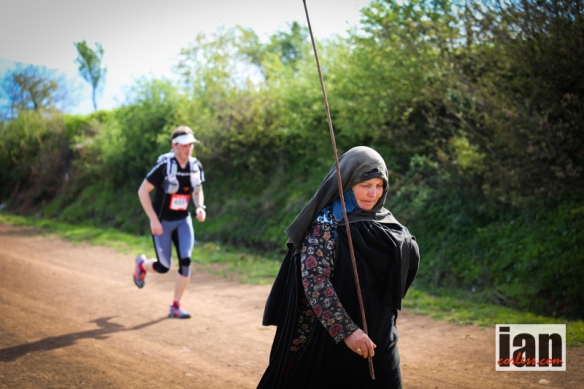 Benoit Laval (Raidlight) was Britton’s closest rival but it soon became clear, as each checkpoint came, that Britton was continually extending his lead the only question mark; what margin would he win by? On the line, Britton set a new CR of 3:08:19, a great time for a hilly and undulating marathon. Laval placed 2nd in 3:30:38 and Duygun Yurteri 3rd just over 1-min later 3:31:56.

Elena Polyakova is an ever-present runner at the Iznik series of races and a previous 130km champion. Due to injury, Polyakova decided to play safe and run the marathon, however, her class shone and not only did she place 4th overall but she had a convincing victory ahead of Aysen Solak and Brit, Helen Southcott in 3rd.

Robbie Britton (inov-8) and Tracy Dean (inov-8) not content with racing in the 80km and marathon distances also towed the line for the 10km fun run the following day and both topped the podiums, Britton running a solid 34-min was impressive after his marathon exploits just 24-hours earlier.