Why not indeed… Trans D’Havet is waiting for you! Take advantage of the European Skyrunning Championships and enter one race, two races or all three and make a week of it in the perfect location of the Dolomites and the Veneto. Still places available!

Every two years the European Skyrunning Championships are celebrated and 2013 is no exception.  The big news is the inclusion for the first time of the ultra distance.  The venue is all-Italian with the Vertical Kilometer® and SkyRace® in Canazei, Dolomites on July 19 and 21, while the Ultra will take place just six days later in the nearby Veneto Region.

The Dolomites will again host two of the events in the three-year history of the Championships.  The record on the unforgiving Vertical Kilometer® course just 2,1 km long, stands at 33’16” by world record holder Italian Urban Zemmer and Antonella Confortola in 39’13” back in 2008 when the course was inaugurated.

The challenging and often technical course represents one of the toughest proving grounds for the relatively short distance:  22 km but with 1,750m climb to the summit of the Piz Boè which, at 3,152m altitude, towers above the start and finish of the race in Canazei.

The much anticipated Ultra is embodied by the Trans d’Havet, a point to point 80 km long with 5,500m vertical climb traversing the Piccole Dolomiti in the Veneto Region.  The route, technical in stretches, includes 6 km of tunnels dating back to the First World War, created by General D’Havet, to whose name the race is dedicated. 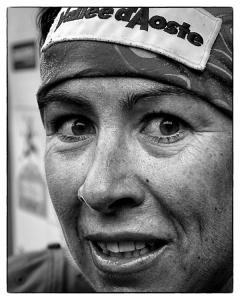 Following on from the Dolomites SkyRace® on the 21st, five days’ activities and fun-packed action are being organised for runners who want to stay over for the Trans d’Havet.  More news on this later.

The European Skyrunning Championships are open with individual titles at stake in each discipline based on the sum of the highest points scored in two out of three events.  The national title is based on the score of the first three men and one woman in all three events.