SNOWDON SKYLINE has been appointed the qualifying race for the SKYMASTERS which will take place in Limone, Italy in October.
The MALE and FEMALE winner of Snowdon Skyline will receive a coveted spot to race alongside the best skyrunner’s of the 2019 season.

The route:
The first ever SkyMasters! A course made to be very challenging and technically demanding – 27 km long with 2,600m vertical climb. The start and finish are lakeside. A two-kilometre stretch passes through the old town of Limone and ascends through olive groves. From here, the course climbs up a rocky limestone path, zig-zagging it’s way up the Passo Rocchetta, to Cima Mughera.
Then things a getting serious! After climbing a section of the historical VK course, a very technical section with unique views on the lake have been will bring the athletes to the top of Monte Carone, the summit of the race.

Following on from the continued growth of skyrunning worldwide and the expansion of the Skyrunner ® World Series– Skyrunning UK is pleased to announce five races in four stunning locations that bring you the best of what the UK and Ireland has to offer.

The season will start in the iconic English Lakes with the Scafell Sky Race on June 8th. 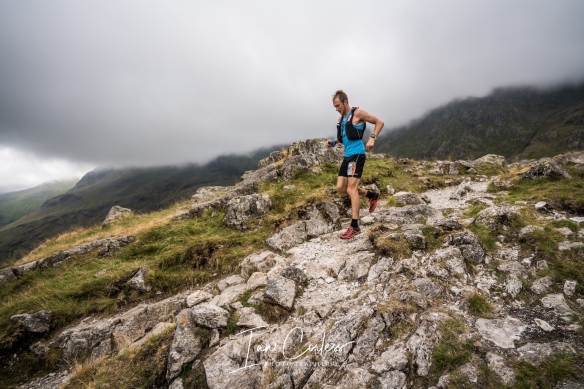 Technical single-track and scree and 40m slab make this a classic 40km skyrunning route to be reckoned with. The circular ‘newly designed’ route allows you to run from the iconic National Trust’s Stickle Barn over Lakeland Fells and through Lakeland Valleys, whilst you summit England’s highest mountain on route and traverse some of the most challenging trails in the central Lake District.

“The Scafell Sky Race is the most technical race I’ve ever done … even tougher than Tromso! Emelie Forsberg would love it!”– Lucy Bartholomew.

With sections of scree and light scrambling thrown in, Scafell Sky Race is a serious test of nerve, skill and endurance. Mountain experience and moving solo across highly technical mountain terrain is an essential skill for this classic skyrunning race.

The second race of the season also takes place in the English Lakes, Lakes Sky Ultra on July 13th. 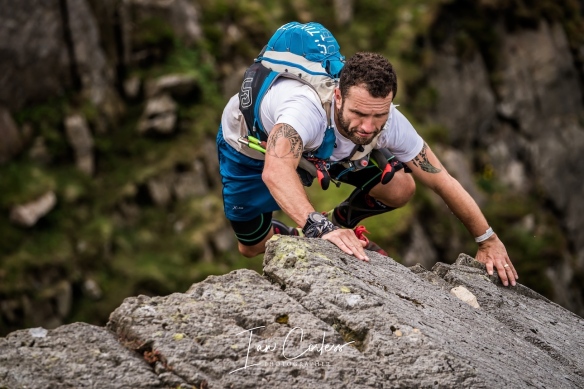 You’ll need a good head for heights and nerves of steel: you’re going to traverse three of the most amazing ridge-lines in the Lake District: Beda Fell, remote and sublime, the bone shaking and very wild ridge of Long Stile Edge and the very alpine and rocky scramble of Swirral Edge. We’re talking serious ascent with some distance thrown in, 60km of Lake District paths, trails and rock with 5’000m ascent.

We packed all the best central and eastern-Lake District mountain running trails we know into this course: you’ll go up and over Place Fell, Beda Fell, High Street, Thornthwaite Crag, Stoney Cove Pike, St Raven’s Edge, Red Screes, Dove Crag, Hart Crag, Fairfield, Dollywagon Pike, Nethermost Pike, Helvellyn with some of the most remote valleys in the area dropped in for good measure. It’s an epic day out to say the least.

And just as you think you can make the whole distance, we’ve added some new KoM Super Stages in to spice it all up. This year we will be combining the times for a real up-hill extravaganza, so remember to train ‘hill reps’ galore. It’s a race within a race, and the prizes will go to the runners who can dig the deepest in the final flight to the finish.

Ireland brings us a new race and experience for the ever-expanding calendar with the Seven Sisters Skyline on July 28th.

The course is an out and back route which traverses 13 summits in total (Errigal once). The course is unique in that there are little or no tracks or paths, just wild open isolated mountains and hillsides. This stunning skyrunning race route incorporates technical sections on either side of the route at Muckish and Errigal mountains.

Scrambling, ridge running, steep technical descents and ascents and a multitude of mixed terrain makes the 50km Seven Sisters Skyline with 4000m of vertical gain a great addition to the 2019 Skyrunner ® UK & IRELANDcalendar.

Our fourth race is another new addition to the calendar and we once again welcome Wales in the Skyrunner ® UK & IRELANDcalendar with the stunning Snowdon Skyline on September 15th.

The event where the sky isn’t the limit, it’s where the fun begins! Nestled in the quiet valley of Nant Gwynant in Snowdonia, Hafod y Llan farm will play host to the inaugural Snowdon Skyline.

The 40km Skyline Sky Race gets stuck straight into its 3600m+ right away by ascending the famous Snowdon Watkin path to then traverse the stunning Y Lliwedd ridge. After Pen y Pass road crossing, a second sizeable ascent to the gnarly terrain of the Glyders awaits, before plunging down the Y Gribin ridge to the Ogwen Valley.

The course offers little respite as it immediately ascends the iconic Tryfan via its sublime north ridge scramble, weaving upwards through rocky outcrops and gullies on route to the summit. A technical descent followed by some lovely undulating trails back to Pen y Pass and runners are nearly ready to finish this unrelenting figure of eight route. The jewel in the crown is a westbound traverse of the infamous Crib Goch ridge, followed by a delightful run off Snowdon summit via its south ridge. A sting in the tail comes in the form of the last summit of Y Garn, before a final descent home to Nant Gwynant.

With a course designed by a race director and skyrunner, the inaugural Snowdon Skyline will be sure to test all limits of a runner’s ability! A grand tour of some of the UK’s most scenic trails, ridges and scrambles, it’s a dead cert to become an international skyrunning classic…

The 2019 Skyrunner ® UK & IRELANDcalendar concludes with well-established and sell out race, the Mourne Skyline MTR – currently it has a scheduled date of October 19th (land permissions allowing tbc) 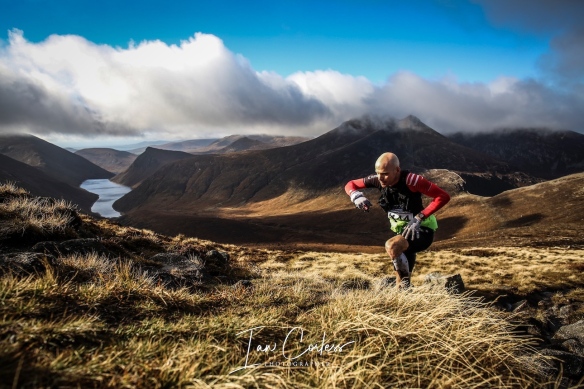 The Mourne Mountains are a granite mountain range in County Down in the south-east of Northern Ireland. Owned by the National Trust, an area of outstanding beauty, it includes Slieve Donard (850m), the highest mountain in Northern Ireland and Ulster and as such it provides a perfect location for a mountain race.

Among the more famous features, the Mourne Wall is a key element of this region and a key aspect of the race. Construction of the wall was started in 1904 and was completed in 1922; its purpose, to define the boundary of an area of land purchased by the Belfast Water Commission.

Comprised of forest path, fire roads, single track, granite trail and tough uneven broken fell, the race is a tough challenge. In just 35km the course has a brutal 3370m of ascent and no less than 9 peaks, the highest being Slieve Donard at 850m.

The mountains of Northern Ireland may not have the height or elevation gain the Alps or Pyrenees offer, but what they lack in height is more than compensated for in technicality and repeated roller coaster climbing. Ask anyone who has run it, the Mourne Skyline MTR is no easy race.

Importantly, from 2019, the Skyrunner® World Seriesseason will end with a Sky Mastersrace gathering only the best athletes who qualified over the season. SMSA offers to Skyrunner® National Series Skyrunner ® UK & IRELAND qualifying paths.

“Skyrunning” has been around for some time.  Hundreds, even thousands of years ago mountains were negotiated out of necessity: war, religious persecution, hunting, smuggling, or just out of plain old curiosity.  The concept of running up and down mountains for fun is much newer.  Take for example the Ben Nevis Race which goes back to 1903, or the Pikes Peak Marathon which began as a bet in 1954 among smokers and non-smokers.

The idea of creating a sports discipline however was the brainchild of Italian mountaineer Marino Giacometti, who, with a handful of fellow climbers, pioneered records and races on Mont Blanc and Monte Rosa in the Italian Alps in the early ‘90’s.  In 1993, with the support of the multinational Fila as sponsor, skyrunning took off across the world’s mountain ranges with a circuit of awe-inspiring races stretching from the Himalayas to the Rockies, from Mount Kenya to the Mexican volcanoes. Giacometti’s term skyrunning*, as the name suggests, is where earth and sky meet.