On first impressions, the male and female elite field may not have the depth of some previous editions, but those who are racing bring a high pedigree to the race and the action at the front, as always, will be fast and tough.

Transgrancanaria is a tough, tough course with some brutal and relentless climbing, particularly in the opening kilometers under darkness. What follows is a rollercoaster of Canarian landscape that leads the runners from the north of the island, all the way down to the south, with a finish close to the sea. It’s a logical and pleasing crossing of the island.

Past editions of the race have been criticized for the final 10-20km that involved running in what felt like a concrete tube, I have been informed that a new finish route is planned and so therefore we can expect finish times different to previous editions.

This route, the island, the weather and the unpredictable nature that a 125km route brings guarantees that we are in for a special battle. Now in its 3rd edition as part of the UTWT (Ultra Trail World Tour) the 2016 Transgrancanaria will be an exciting race.

Heading up the male line-up is 2015 champion, Gediminas Grinius. We coined a phrase last year that Gediminas has become the #GrinReaper. He lived up to that reputation in the 2015 race when he closed like a demon to win the race against a world-class field. Gediminas has been a revelation over the past 2-years and his rise in the sport has been great to watch. Without doubt, he is a hot favourite for the 2016 win.

Didrik Hermansen and Sondre Amdahl will not be far behind Gediminas, this duo raced side-by-side in 2015 and on that occasion, Hermansen took the 2nd podium place. He followed this with a win at Lavaredo and 3rd at UltraVasen. This duo have had an equally impressive rise in the sport over the last 2-years, particularly Amdahl who races regularly. He follows up Transgrancanaria with his first multi-day race; Marathon des Sables. Sondre placed 4th at Transgrancanaria last year and 4th at UTMF, his best result coming at Hong Kong 100 where he placed 2nd. 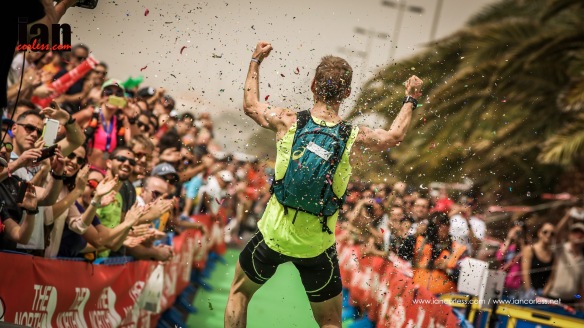 An exciting prospect is the USA’s Seth Swanson. Seth is very much a runner who is below the radar in Europe, however, his podium (2nd) back-to-backs at Western States elevate him to a complete surprise package on the Canarian trails of Gran Canaria. The big question will come with the relentless hands-on-knees climbing that Transgrancanaria brings. Of course, he placed 4th at UTMB so I have it on good authority that Seth can look after himself… one to watch for the win! 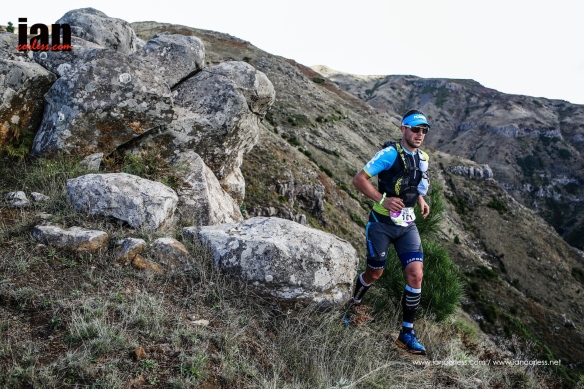 Julien Chorier always impresses me on tough and technical courses, in addition to his all around climbing ability, he can run with the best too. His experiences on Gran Canaria are also good (2nd in 2014 behind Ryan Sandes), he knows the course, he has been on the podium and we can expect a top drawer performance that will contest the podium once again. Julien placed 6th at Western States, so if he is in a neck-to-neck with Swanson later in the race, my money is on Swanson. 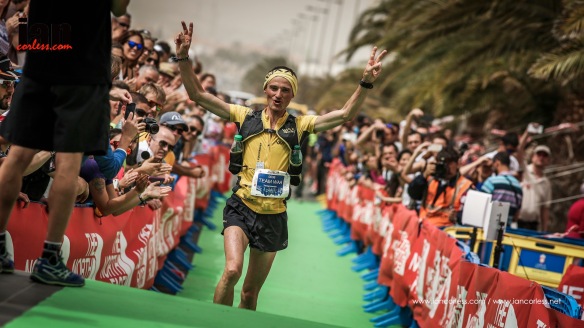 Antoine Guillon is a UTWT regular and in the past has raced every race in the calendar, he often misses the big victory because of this but his consistency is 100%. You can almost predict that if injury does not hit h will be in the top-10 and has a good chance of top-5. He placed 3rd last year and also won Raid de la Reunion.

Like Swanson, Yan Long Fei will also be another surprise package for the podium and potential win. His gentle rise in the sport has been special to watch and his recent 2nd place result in Hong Kong 100 will boost his confidence for Transgrancanaria.

Andy Symonds is back on form after extended injury and this course will suit the Brit who lives in France. The only question may come with the distance and potential time on feet, 125km is a long race for Andy but he does have plans to extend his range and Transgrancanaria is a good place to start. Andy had 5 victories in 2015, the last coming at Ultra Trail Atlas Toubkai ahead of Julien Chorier. He also completed the super tough and technical ELS2900.

Yeray Duran represents the local talent; he always performs well on a race that may well be the highlight of his year. Other top names to watch are Pau Capell, Toti Bes, Jordi Camito, Pau Bartolo and the return of Sebastien Chaigneau.

*Late additions to my entry list come no bigger than Miguel Heras (ouch! if he is on form he could crush it), Jonas Buud is super fast and can climb as we have seen at UTMB and Skyrunning hot shot Franco Colle will love this 8000m+ course.

Nuria Picas heads up the ladies’ field and is the two time defending champion. I wouldn’t want to bet against her on this course and one only needs to look at her pal mares for a confirmation of her ability. Nuria had 4 victories in 2015 that included Grand raid Reunion, arguably though her most impressive year is 2014 with 7 victories and 2nd at UTMB.

Caroline Chaverot has been a revelation over the past 2-years and her growth in the sport phenomenal. Like Nathalie Macular, she is a wife and a mother who manages to race at the highest level. Caroline placed 2nd behind Picas in 2015 but went on to win at Lavaredo and the Eiger Ultra Trail. I saw Caroline in December while I was in La Palma, she was training on the Transvulcania route. If it all comes together, she can win and certainly make the podium.

Uxue Fraile has always impressed me with her waiting game and patience. She is not the fastest lady in the race but she has the patience and the long game. She proved this in 2015 with a victory at UTMF and 2nd at UTMB. Axe’s last time at Transgrancanaria was in 2014 with 6th place, I think the podium may well be hers in 2016. 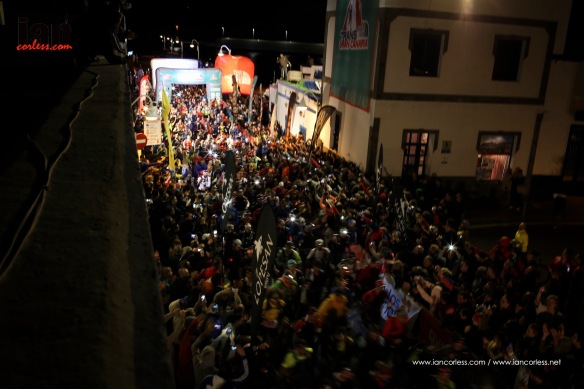 Andrea Huser placed 4th at Transgrancanaria in 2015 and then followed up with 12 races where she ranked in the top-5 at all of them with Matterhorn Ultraks the exception where she placed 8th. One would arguably say that she races too much… she is relentless. I get tired looking at her result sheet but an early season race may well mean she is fresh!

Silvia Trigueros may mix things up for the podium as her recent 3rd place at Hong Kong 100 confirms. This result is backed up with a solid 2015 and in particular a top result at UTMB where she placed 4th.

Dong Li placed 3rd last year and backed this up with strong performances at TNF100 in Australia and the 80km Mont-Blanc.

Lisa Borzani recently placed 2nd at Hong Kong 100 and therefore this elevates her to a contender for the Transgrancanaria podium. However, her results do seem to blow hot and cold, this is reflected with 14th at the Eiger and 10th at Lavaredo.

Manuela Vilaseca placed 5th last year and with this lady’s line-up, I think we can expect a repeat performance. Her 5th place at Lavaredo backs this up as does her 10th at UTMB.

The wild card is Angela Shartel who I know little about but her results are impressive; 1st Bear 100 mile, 1st Cruel Jewel 100 mile, 1st at Crown King Scramble 50k and that is just 2015 – watch this space.

Racing takes place this coming weekend March 4th – 6th and you can view images, read reports and follow the racing on all my usual channels.